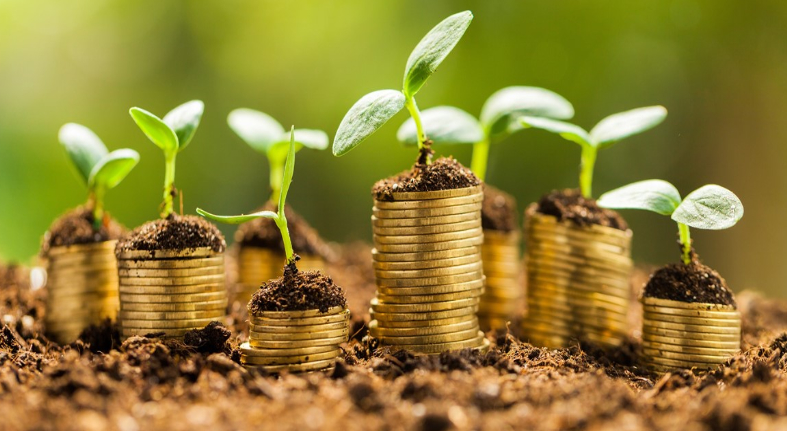 SACRAMENTO, CA – One of the most avid environmentalists I know recently sent me a Volt podcast about the proposal for a “Green Bank” in the Biden infrastructure bill. The written introduction to the interview with Green Bank advocate Reed Hundt contains the following:

“[Such a Green Bank] would not, contrary to some popular misconceptions, be an agency of the federal government, nor would it finance projects purely with federal money. Rather, it would be an independent, nonprofit entity that uses an initial grant of federal money to pull private capital off the sidelines and into climate-related projects. After the initial grant, the bank would be self-sustaining.

“The model has been tested: there are green banks in more than a dozen states, which have generated $5.3 billion in clean energy investment since 2011, including $1.5 billion in 2019 alone. And there are more than 20 states where the process of establishing a green bank has begun.”

Hundt is critical of the Obama administration. They went small, constrained, short-range, when dramatic action was clearly required. He’s much happier with Biden who is pursuing a variety of priorities simultaneously, rather than, a la Obama, one at a time.

However Mr. Hundt has some fundamental confusion. For example, for him, government contracting out roadwork is a public/private partnership, and the ownership of the work product is unimportant. So…if it’s a toll road (private) there’s really no big deal difference between that and a toll-free (public) road?

What are those Treasury bonds, then, if not borrowed money? Answer: They are dollars that bear interest, promising dollars later. It all boils down to dollars, in the end, and the federal government is the monopoly

provider of dollars. It doesn’t borrow in the conventional sense.

To Hundt, selling bonds is necessary. In reality it is not. Why not just print the money? Somehow “private money” must be “pulled in” or catalyzed for this Green Bank. His project must “raise money” in the private sector.

Quick question: where did that private sector get its dollars. What was the ultimate source? Could it be the monopoly provider of dollars?

In a strange side-track, the interviewer asks for reassurance from Hundt that this Green Bank won’t be another Solyndra, without providing any context or understanding of what went on in that “debacle.”

Just to remind you: Solyndra was a solar panel company with some innovative technology. A “public/private partnership” (PPP) of venture capitalists who lent money with federal loan guarantees to give Solyndra enough money to start manufacturing.

Unfortunately, the Chinese had given their solar panel makers orders of magnitude more research money than the U.S., so Solyndra would have been obsolete when it began manufacturing on its original schedule.

Solyndra asked the PPP for a delay to incorporate the new Chinese technology in their process. The private venture capitalists refused, and cashed in the loan guarantee (~$500m). And ever after this is supposedly the demonstration that government is incompetent. But Solyndra wasn’t a failure, it was the private sector’s financial demands that made it shut down.

So…that’s about the quality of this interview. It’s based on Partial knowledge (PK).

Another PK incident: no one mentions an important “bank” precedent: the Reconstruction Finance Corporation. The RFC was a Herbert Hoover innovation that FDR used to fund big projects like the Tennessee Valley Authority, and the first Bay Bridge to San Francisco.

In present dollars it made many more loans for infrastructure than the proposed “Green Bank.” Eisenhower terminated the RFC.

Notice that at no point do deposits appear in this entry of the bank’s business. Yes, because of regulation, banks need capital, but they do not lend the money on deposit.

This is not something I made up out of whole cloth. Here’s the Bank of England’s paper that says the same thing: From its Quarterly Bulletin 2014 Q1: Money creation in the modern economy.

Some excerpts: “Rather than banks receiving deposits when households save and then lending them out, bank lending creates deposits.” “In normal times, the central bank does not fix the amount of money in circulation ‘multiplied up’ into more loans and deposits.”

Another bizarre bit of PK: Transit & zoning somehow are separate questions for Hundt. Really? So having enough transit customers within a comfortable walk of the stops is not connected to the viability or success of transit? Really?

Perhaps we should send buses out to our rural areas too. The truth is that fully-used transit has one-eighth the impact of single-occupant autos, but low-density sprawl ensures transit can never be financially viable. Not enough riders live within a comfortable walk of the stops.

Anyway, as you can see Hundt’s proposal is a dog’s breakfast of partial knowledge. He actually believes the federal government must raise private money. The bankers tried to convince Lincoln to borrow money for the Civil War from them too–at 26 percent interest. Lincoln responded by ignoring their offer and issuing greenbacks.

Sadly, Hundt is not alone.

Even sophisticated, very well educated environmentalists believe that “tax & spend” is the pattern of government fiscal policy. But where would taxpayers get dollars to pay those taxes if the government (the monopoly provider of dollars) didn’t spend them out into the economy first?

Clearly, logic dictates that “spend first, then retrieve some dollars in taxes” is the pattern of federal fiscal operation. And what do we call the dollars (or bonds) left out in circulation, not retrieved in taxes? Answer #1: the dollar financial assets of the private sector. Answer #2: National ‘debt.’ Both answers describe exactly the same thing.

This is analogous to a bank account. It’s the depositor’s asset, but the bank’s liability. And what are we owed for those dollars that are national ‘debt’? Answer: a dollar’s worth of relief from an inevitable liability: taxes.

So I’ll be rooting for the success of Mr. Hundt’s green bank, but praying for a little more financial sophistication than he displayed in this interview. Meanwhile, even FNMA has got the “green” bug, although there’s evidence it too is at least overstated.

Mark Dempsey is a former technical writer, Realtor and vice-chairman of a Sacramento County Planning Advisory Council. He writes a blog at itssimplerthanitlooks.blogspot.com

Share:
Tags:BankingClimate ChangeGreen BankMark Dempsey
Previous : Looking Back: Selwyn Days Round 3
Next : Sunday Commentary: COVID Not Shootings Biggest Danger to Police – and Yet They Refuse to Protect Themselves