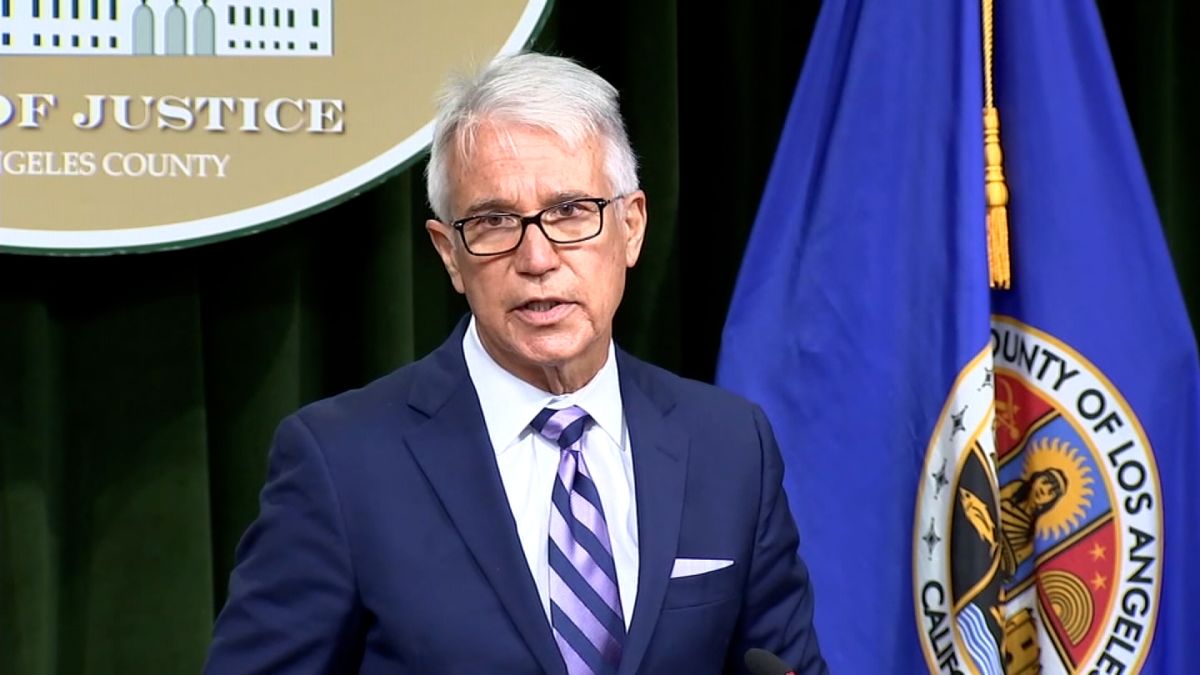 The case against the two, with warrants, was filed Thursday, to which both of them pleaded not guilty. Christopher Tomsic and Cody Weldin are set to return on Oct. 4 for preliminary hearings in Department 50 of the Foltz Criminal Justice Center.

District Attorney Gascón detailed the case, noting that on Jan. 27, 2020, both of the accused police officers received a call about a stolen vehicle from an apartment. According to the call, this vehicle had been stolen by

three people and used in an alleged  crime.

Gascón added that, after the vehicle was found, the accused officers took it to the tow yard, where they spray painted a happy face on the front passenger seat. There was also a swastika symbol spray painted on the rear seat. The original owner’s other items were also scattered in the car.

Torrance police Sgt. Mark Ponegalek said, “Immediately upon learning of the reprehensible allegations in 2020, the Torrance Police Department opened a criminal investigation and the officers were put on leave.”

Their criminal case was forwarded  to the Los Angeles County District Attorney’s Office in April 2020 and Ponegalek specifically requested that criminal charges should be filed for the case and their department will provide full cooperation to the prosecutors.

According to District Attorney Gascón, these two police officers are also  involved in hundreds of other cases, and all the cases will be thoroughly reviewed for alleged misconduct. If any other misdemeanor crimes are found through the cases then it will be directly forwarded to the Torrance City Attorney.

DA Gascón said, “Our office is committed to uprooting discrimination within the law enforcement ranks to preserve the integrity of the criminal legal system.”