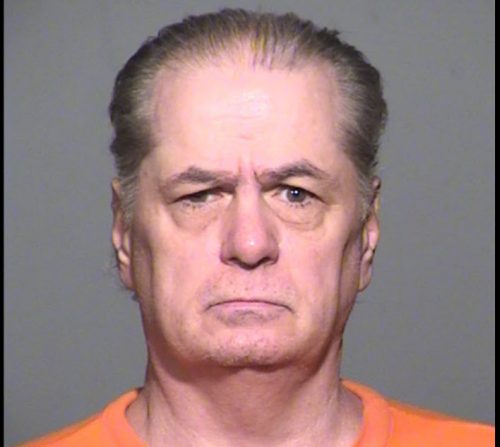 WASHINGTON, D.C. – The U.S. Supreme Court is set to rule on a previously overturned death row conviction, even as “reformist” prosecutors continue to overturn wrongful convictions across the country.

The case of Barry Jones, an Arizona man formerly accused of killing his ex-girlfriend’s daughter back in 1994, is set to be heard before the Supreme Court next term.

After 23 years on death row, Jones’ case was vacated by U.S. District Judge Timothy Burgess in 2018, who found that the previous guilty verdict was a “rush to judgment.”

Judge Burgess ruled that there was stunning negligence of substantial use of evidence by Jones’ defense, and maintained that medical records and other examples of new evidence were grounds to vacate his death row sentence.

Now, the state of Arizona is arguing that the federal district court should not have been allowed to consider Jones’ innocence in the first place, stating that the new evidence was procedurally barred from admittance.

Arizona, led by Attorney General Mark Brnovich, cited a provision of the 1996 Antiterrorism and Effective Death Penalty Act (AEDPA) in their appeal, which states that federal courts cannot grant hearings on claims that were never fully developed in state court.

Thus, according to Attorney General Brnovich – a candidate for an Arizona 2022 U.S. Senate spot – Jones’ case should have never made it to the district appeal.

The Jones case is certainly not the first to have called into question the wrongful convictions in the U.S. criminal justice system, as many “aggressive” state prosecutors have begun to establish investigative units into such matters.

In 2006, Dallas County District Attorney Craig Watkins set up one of the first conviction investigative groups and exonerated 35 people. Many other district attorneys have followed suit.

In Philadelphia, for instance, District Attorney Larry Krasner facilitated the release of Curtis Crosland, who had been wrongfully imprisoned for 34 years on a murder conviction until June.

Krasner described the impact of the CIU, and stated, “Even an adversarial system cannot be adversarial to the truth…Every innocent person in jail meant the guilty one went free. We are finding our way out of that murky past and this report lights the way.”

Since its creation in 2018, the CIU has exonerated 22 people. Krasner has since claimed that the program’s work has exposed, “…lost potential…caused by an era of criminal justice culture that was reactionary, racist, and de-humanizing in its politics and in its press; a culture that had little regard for facts, science, or truth.”

The AEDPA was created to restrict the boundaries under which federal courts could review state convictions. Proponents of the law argued that state attorneys could be trusted to uphold criminal justice, and actively prevent wrongful convictions at the state level.

Opponents of the act have since claimed that wrongful convictions have always been part of the criminal justice system, and are only now becoming evident because prosecuting attorneys are looking for them.

Philadelphia Assistant District Attorney Patricia Cummings, who leads the CIU alongside Krasner, stated that she had some expectations going forward with the project.

Upon further investigation, however, Cummings argued, “What I learned as we got the CIU up and running was nothing short of astonishing: layers upon layers of misconduct sometimes committed by prosecutors and often committed by police…and dozens of men, overwhelmingly Black and young at the time, caught up in a vicious system that lacked transparency and accountability.”

In describing the work of the Philadelphia CIU, Professor John Hollway, Executive Director of the Quattrone Center for the Fair Administration of Justice at Penn Law, maintained, “Each exoneration sends a message that while our criminal justice system is not perfect, our dedication to the truth and to justice must always be the priority, and that we will do what is right over what is easy.”

Some state governments remain firm in the face of these CIU findings, insisting that federal courts have limited authority to rule on such criminal appeals.

The Missouri Supreme Court, in the wrongful conviction appeal of Lamar Johnson, argued, “This case is not about whether Johnson is innocent. This case presents only the issue of whether there is any authority to appeal.”

With the Barry Jones case lingering before the Supreme Court, proponents of conviction integrity have raced to prove that the record of wrongfully convicted people betrays the notion that state governments can be trusted to handle such cases.

The decision made in the Jones case will almost certainly determine the future success of units like the CIU, and reformist prosecutors working to overturn wrongful convictions.

Share:
Tags:Barry JonesDeath RowUS Supreme CourtWrongful Conviction
Previous : Man’s Driving under the Influence Costs an Individual’s Life; Judge Gives Him 15 Years to Life
Next : Guest Commentary: That Meal May Cost You Your Privacy and Security

Allison is a rising senior at UC Davis, majoring in History and Political Science. She is originally from Clovis, CA, and is pursuing a career in civil rights and/or constitutional law.