Oakland, CA – About 70 people—youth and members of the Free Our Children Coalition—gathered on Thursday in front of the Alameda County Probation Department to press for community inclusion in plans to reform juvenile justice.

With Alameda County about to receive millions from the state, coalition members are concerned with local community members being locked out of the process.

“The Probation Department is operating behind closed doors and prohibiting community members from participating in reimagining how we can rethink education, mental health, and community programming to ensure youth can thrive,” Nicole Lee, Executive Director of the Urban Peace Movement and an organizer in the Free Our Kids Coalition said in a statement on Thursday.

“Without community voice in the process, the Probation Department will find new ways to keep locking up young people. There is no legitimate reason to exclude the community from this critical process for the county and for our youth,” added Oscar Lopez, a staff-attorney with the East Bay Community Law Center.

Shaarvi, one of the youth organizers, explained, “Our message is really to have transparency with the community.” She said, “The children who are growing up in the juvenile justice systems are

really children from the community.  We know our kids need, our kids’ voices need to be heard and we’re advocating for them.”

She said, “We need to work together to develop this plan.  They can’t just shut us out.”

Shaarvi explained that she has been organizing with the Urban Peace Movement since she was in high school.

Dieudonne Brou from the Urban Peace Movement, following the event in Oakland, explained that earlier this year, Governor Gavin Newsom passed a law to close all of the youth detention prisons in the state and the money from that closure will be distributed back to the counties in order to house a lot of those youths being released. 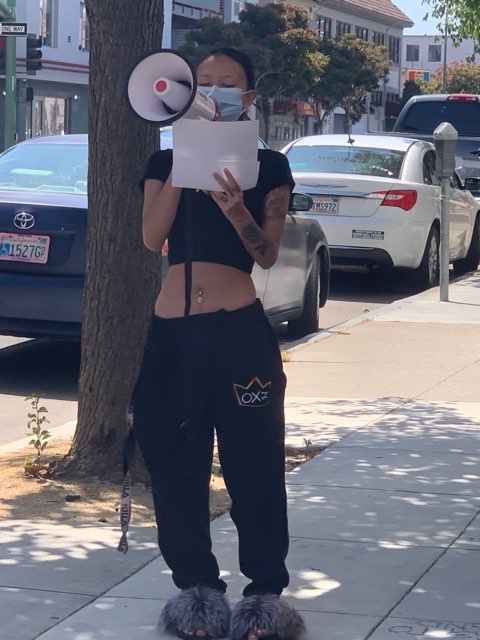 Part of that was they were supposed to be working with community members to come to the table and think of a plan that would be equitable to everyone in the process,” Brou said.

Brou explained that for a long time in California, which has the largest incarcerated population in the world, “we are incarcerating way too many people” and “that actually hasn’t been the pathway to actually keeping our communities safe.”

Instead, he said, “It’s taking traumatized people and putting them in an environment, isolating them away from the community, away from their loved ones and then further exacerbating the trauma by having them confined in these spaces, locked away from the world.”

Then when they are released, he explained, they go “back into the community with no resources, no positive outlook on life.”

He said, “Now we’re just creating a cycle of trauma.”

This problem is further exacerbated by the school to prison pipeline.

“We have young people literally being tracked from as early as the fourth grade and they’re able to tell who’s going to prison and who’s not.”

And the racial disparities in the system mean that it is Black and brown boys and girls “who are being targeted and pretty much being put on that track” into the justice system. 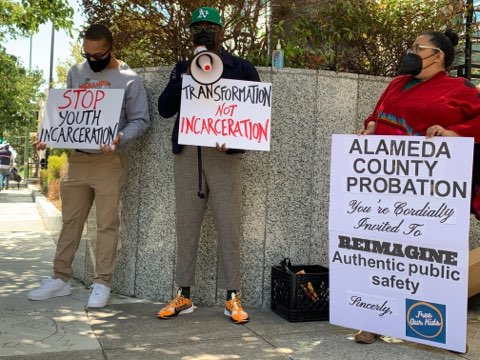 The problem with the current plan, Brou warns, is “[t]hat’s not going to necessarily be beneficial for our young folks.”

Free Our Kids issued a list of ten demands.

“Community members, including but not limited to formerly incarcerated youth and their families, staff from community based organizations and other relevant county agencies must be allowed to participate in workgroups,” one of the demands read.

They want the Secure Youth Treatment Facility to “be a home-like, healing based environment.”

Overall the concerns listed by the groups included concerns about the transparency of the process and creating a facility that was not simply replicating prison for incarcerated youth.

“In order to be truly transformative and for youth to truly benefit from trauma-informed care, programming cannot be provided by probation or take place in institutional settings,” they said.  “Trauma-informed healers should never carry a badge or gun, or have the power to incarcerate or punish youth, and cannot take place within the confines of cement walls and historically traumatic spaces.” 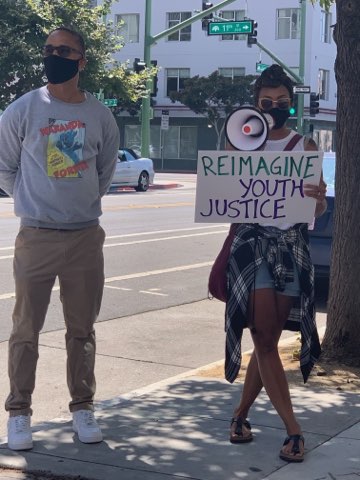 Brou is hopeful that the action will help get the process moving again.

“We received word from our organization that. based on this, they did put a date on the calendar for the next JJCC meeting,” he said.  “Which is huge.”

That will be a public meeting on September 9.

For Shaarvi, “I just hope we can further work towards re-imaging really better our youth justice system, breaking this cycle.”

Brou added, “We really want to create a different system for something that’s different from what we’re used to doing already.”