Woodland, CA – AB 1542 sits on the governor’s desk with effectively no opposition in the state legislature.

It would allow Yolo County to develop a secured treatment facility for individuals who are involved in the criminal justice system and who live with substance use disorders.

According to a release from the district attorney’s office, “Those eligible for the treatment program would include people who have committed drug motivated felonies that, absent this program, would result in them being sentenced to jail or prison. Those who commit misdemeanors, simple drug possession, sex offenses, and strike offenses would not be eligible.”

But critics believe this is tantamount to incarceration and forced treatment.  On Tuesday, a small group of activists pushed back calling for Governor Newsom to veto the bill.

She charged, “For over 15 years, this prosecutor has been hurting the community with his definition of overzealous protection.”

She added, “AB 1542 is another example of how disconnected Jeff Reisig is from this community.”

Josh Jones agreed, “AB 1542 is something that the governor should not sign.”

He explained, “It may seem expedient to have a judge decide the amount of time when a person who is thought to be mentally ill goes to court, but that’s not the providence of judges, nor should it be.  What it should be is that doctors decide what is happening with someone’s mental health needs because the courtroom is a different kind of pressure and environment in a court.”

Jones argued that doctors should be making these kinds of calls and that we need better mental health care in California.

Desiree Rojas added, “As a Native Woman, a citizen of Davis, I’m very concerned about the bill.  You have a very large organization, Human Rights Watch, come out opposing this bill written by a DA that historically has created a pathway to prison of brown youths in the county.

“What we’re talking about here is transparency,” she said.  “The type of transparency that in both medical professionals and the community to begin with questions about such a bill.”

Last week the bill passed the Senate on a 39-0 vote.

DA Reisig said last week, “we are very encouraged by the robust discussion and solid support the idea has generated among California lawmakers from both sides of the aisle and across our state. At every public legislative committee hearing so far, there has been bipartisan agreement that what we are currently doing in California to address the needs of seriously addicted individuals, who end up in the criminal justice system, is simply not working.”

Supervisor Gary Sandy commented, “We are one step closer giving this pilot project a chance so that we can help those people with drug addictions get well in a treatment facility, rather than spending their time in our jail or in prison.”

Back in April, Tyler Rinde, with the County Behavioral Health Directors Association of California, told an Assembly committee that he opposed the bill, arguing “compulsory or coerced SUD treatment is not an effective means of promoting positive clinical outcomes for individuals with substance abuse disorders.”

Rinde added that “offering locked treatment as an alternative to incarceration when the individual would not have otherwise accepted treatment outside of this situation can foster distrust between treatment providers and clients.” 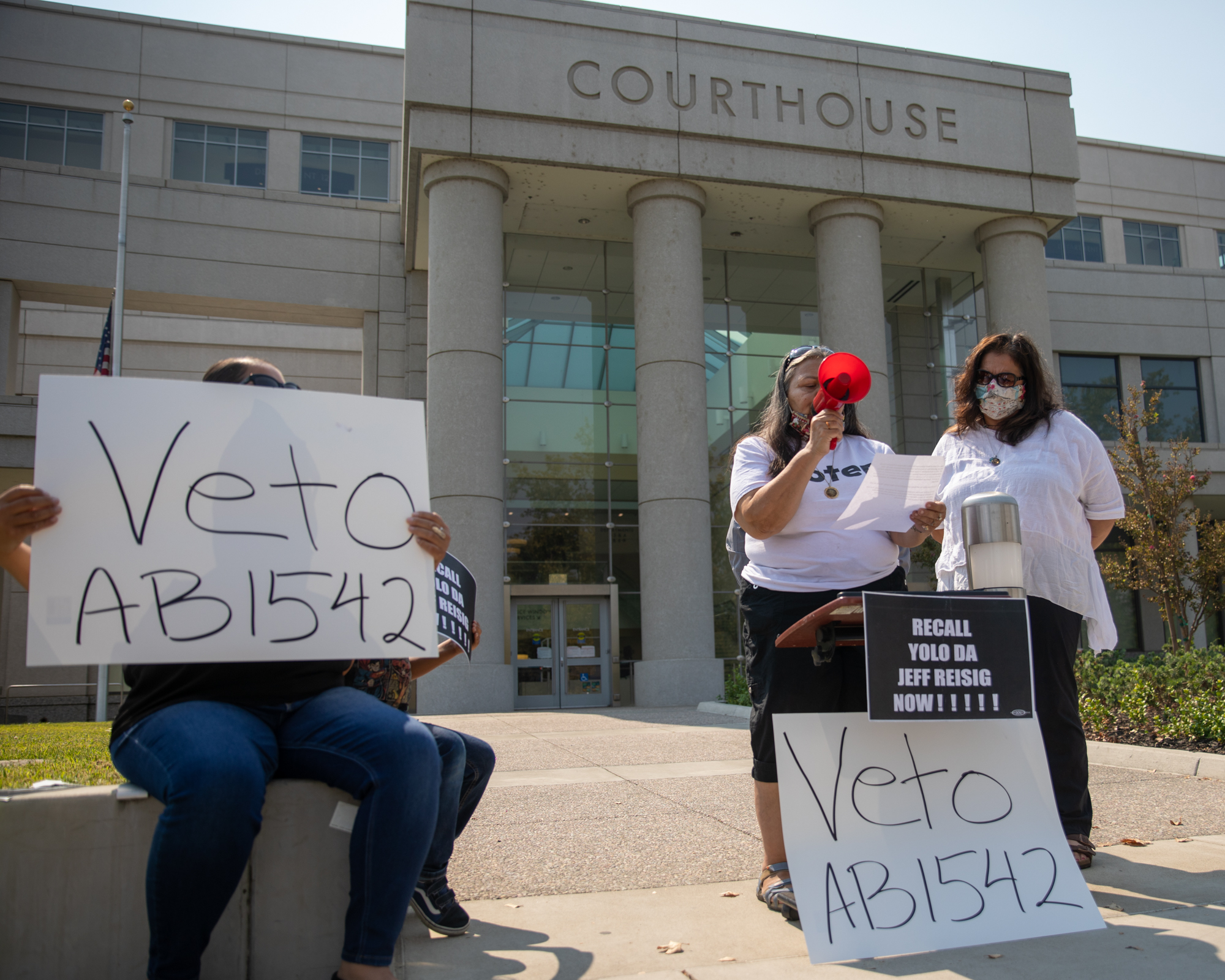 “Coerced treatment isn’t proven to be better than voluntary treatment, it doesn’t have better outcomes to threaten people with incarceration or force them into a locked facility,” said Glenn Backes, a social worker and Public Policy Researcher with Drug Policy Alliance told the Vanguard in March.

One thought on “Activists Push Back, Urge Governor to Veto AB 1542”