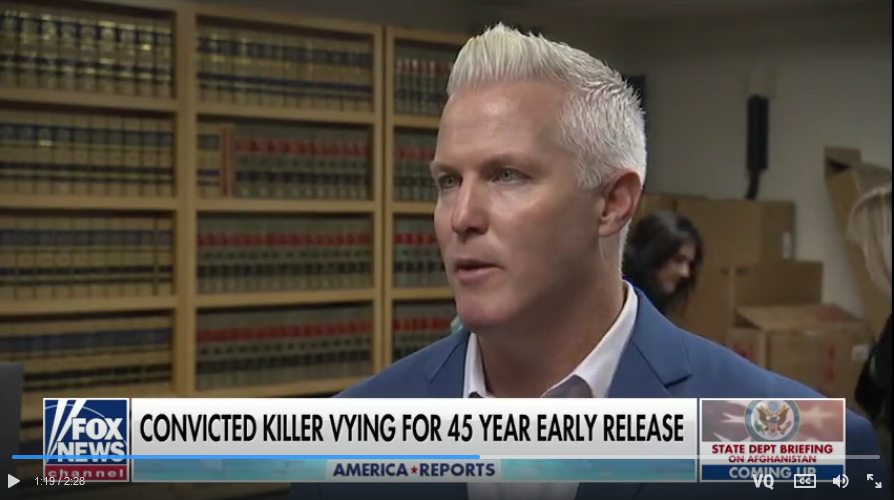 On technical grounds, the Third District Court of Appeals has dismissed the petition by Daniel Marsh to have his case fall under the auspices of SB 1391 which would eliminate “the authority of a prosecutor to seek transfer to adult criminal court of a minor who was 14 or 15 years old at the time of an offense.”

The family and crime victims advocates have used the Marsh case as a reason to attempt to push legislators to repeal SB 1391 which they believe is overly broad.  But Marsh in all respects, it would appear, is an outlier and if the ruling by the court stands, it would foreclose the possibility of his receiving regular hearings that could have resulted in his ultimate release—if not quite as soon as some have claimed.

Marsh was a month shy of his 16th birthday when he “stalked a Davis neighborhood at night and randomly selected the home of the two victims to satisfy a long-standing (and oft-expressed) desire to kill, after which he mutilated their bodies.”

The double murder shook the Davis community that has generally been one of the safer locales in the nation.

He would be convicted as an adult on two counts of first-degree special circumstance murder and the trial court sentenced him to 52 years to life in prison.

Under Prop. 57, the court “conditionally reversed the judgment and directed the juvenile court to conduct a transfer hearing to determine if defendant should be transferred to adult criminal court or retained in juvenile court.”

At that time, Judge Samuel McAdam in a carefully crafted opinion granting the motion to transfer March to adult court, which reinstated the original judgment.

“Defendant now purports to appeal from the reinstated judgment, asserting that Senate Bill 1391 applies to him because his case is not yet final,” the court writes.  “Accordingly we will dismiss this appeal.”

The issue here is one of retroactivity.  The court in this ruling found that SB 1391 does apply retroactivity, but only to “nonfinal judgments.”

Marsh’s attorneys argued “that because the present appeal is still pending, his case is not yet final.  At the very least, he argues the judgment was not final until February 13, 2019, when the Supreme Court issued its most recent denial of review following remand.”

Under that scenario, he claims, “Senate Bill 1391 requires reversal of the criminal judgment and remand to the juvenile court for disposition.”

The Yolo County DA’s Office counters that “defendant’s judgment was already final when Senate Bill 1391 took effect.  They claim the judgment became final 90 days after the Supreme Court denied review in Marsh I, and the juvenile court’s reinstatement of the judgment after remand did not change the finality of the judgment.”

But the court, again seeking out very technical territory, ruled that the court did not “resentence” Marsh, but instead returned him to CDCR to serve the remainder of his original sentence.

“Under those circumstances, the act of reinstating the judgment in accordance with this court’s order did not constitute a new judgment from which to appeal,” they write.

This may well end this current saga.

“If he wins this appeal on Aug. 18, he could be out on the streets of Davis as early as May 14, 2022,” Victoria Hurd said during a press conference in August.  “He will be unsupervised, without parole, and his record will be sealed.”

But experts disagreed with that assessment, arguing that community safety concerns could keep Marsh in custody indefinitely.  The family and crime victims expressed concern about subjecting the family to the ongoing trauma of hearings.

In 2018, Daniel Marsh had an extensive hearing to determine if he was suitable for release under Prop. 57.  Judge McAdam ruled that he was not suitable for juvenile court.

The judge ultimately found, “Based on the record before the Court and given that he has not addressed the main traumas in his life at all in the five years since the crime, there is virtually no chance that Marsh will be rehabilitated before he turns 25 years old—it is certainly not a likelihood.”

In their ruling this week, the court concluded: “Because the juvenile court’s reinstatement of the final judgment did not affect defendant’s substantial rights and is not appealable, the appeal must be dismissed.”

Barring a higher court overturning this decision, this probably closes the door for Marsh to receive relief under SB 1391.

11 thoughts on “As Expected, Appellate Court Rejects Appeal by Marsh’s Attorneys to Be Re-Heard under SB 1391”