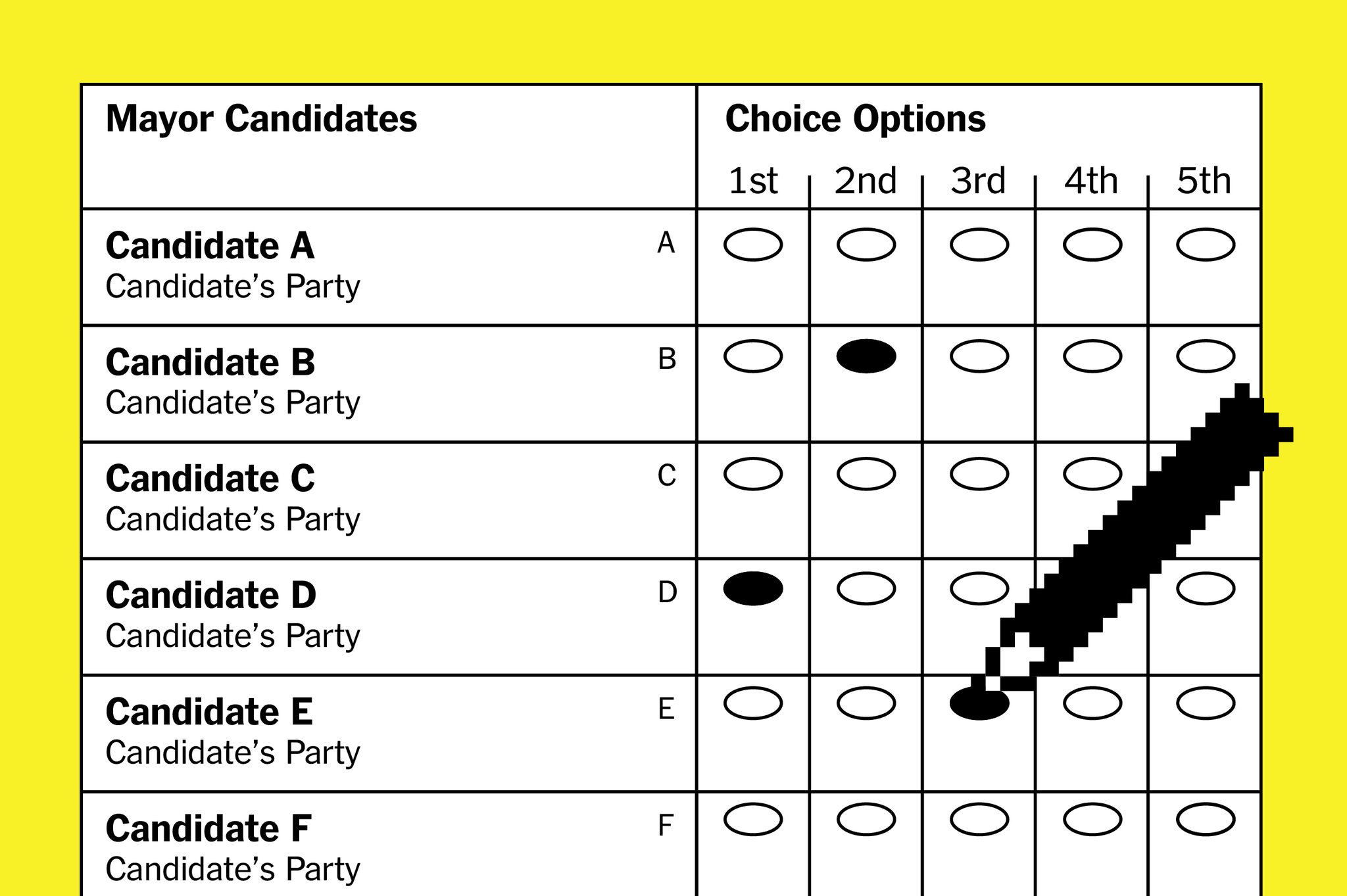 Davis, CA  – I was wrong.  I thought that district elections would facilitate more people of color running and competing in Davis.  At least in round one in the city council that did not happen.

I know there are some who are kind of holding out hope that perhaps it could be undone by the courts, but, more likely than not, I think that will not be the case.

Not only was I wrong about the racial composition of the candidates, but, as it turned out, I just didn’t like the winner-take-all system.

The biggest problem—at least for me—isn’t dividing the city up.  I actually don’t mind that part, it’s that we have created a bunch of single-member, winner-takes-all districts.  So while it used to be that the top two or three vote-getters would get seated, now it is one person winning in each district, which means you basically vote for the lesser of the evils rather than some of the more interesting minor candidates.

I think there might be a solution to that however—choice voting.

I have generally been opposed to the idea.  I want to vote for my candidate and have the numbers tabulated.  I also feared that it would be confusing to the voters.  But the last few years I have

watched it in action in San Francisco and New York, and there really weren’t a lot of problems.

(New York had some snafus in their tabulation, but most objective observers concluded that was incompetence by the election officials—not choice voting itself).

Some critics complained as Michael Saltsman and Rebekah Paxton did in the Wall Street Journal: “New York City voters went to the polls on June 22, but a week and a half later the winner of the Democratic mayoral primary remains unclear. That’s a big loss for the city’s new system of ranked-choice voting.”

But elections sometimes take some time to tabulate—especially if they are close, especially if you are tabulating different methods of vote casting, I don’t see the urgency to know immediately who wins.

In the New York Mayor’s race, the problem, as it turned out, nothing really changed with rank-choice voting.

I have heard, and in fact argued, that it is a complicated process—but it is really not.  I think I was wrong about that as well.

Look, if they can figure out choice voting in places like Berkeley, Cambridge, Minneapolis, Oakland, San Francisco, San Leandro—why can’t it work in Davis?

The way it works, if a candidate gets 50 percent of the vote, they win automatically on the first ballot.

If not, the candidate with the fewest votes is eliminated and the votes are then distributed to the second choice.

The process continues until a candidate gets to 50 percent.

As Katrina vanden Heuvel wrote in the Washington Post in May, “The first-past-the-post system used in most U.S. elections causes significant problems: To avoid wasting their votes, voters are incentivized to choose the candidates they deem likely to win, not just the candidates who most closely align with their values.”

As John Nichols puts it, ranked-choice voting means voters “no longer have to be pundits, fretting about who is up or down in the polls.”

Vanden Heuvel believes, “Ranked-choice voting also significantly reduces candidates’ incentives to go negative against their opponents. Under the system, candidates need to focus on being one of the choices voters rank, rather than the only choice, which encourages less mudslinging and more affirmative case-making for each candidate.”

Harvard political scientist Harvey Mansfield (well respected but very conservative) argued in the Wall Street journal: “Ranked-choice voting makes the common good inferior to each person’s private first choice. The common good of the country typically gets ranked second choice or below for each citizen.”

But I don’t really understand that argument.  Often I vote for my second or third choice anyway because I know the best choice cannot possibly win.  This way, I can vote for my first choice knowing that my compromise choice will eventually be counted.

The filmmaker and critic Noah Millman likewise argues, “The capriciousness of ranked choice voting is revealed in NYC.”

He writes: “[T]he mere fact that a clear Adams plurality on Election Day is going to end as a squeaker should raise eyebrows.”

There are two ways to look at that—one way is certainly the way that Millman did.  That he had an 88,000 vote lead on Election Day over the second place finisher.

Or you could look at it another way—yes he had a large plurality lead, but less than one-third of the voters had him as their first choice.

We are conditioned to accept scenario 1, but maybe that’s our problem.  What actually happened is that the progressives split their vote and, once that vote split was removed after Round 7, the true result was that Adams hung on to win.

So I’m not convinced by Millman’s argument against choice voting, but maybe some will be.

Meanwhile, I think it fixes the problem that district elections introduces.

I no longer have to vote for the best candidate that I personally think has a chance (and sometimes I have been wrong about who has a chance).

I like it because it would have allowed me to vote for a young candidate with good ideas like Kelsey Fortune or Connor Gorman, without fearing that they have no chance to win because my third choice could be one of the main candidates.

In fact, the South Davis race was particularly difficult for me because I actually liked all four candidates and had to pick just one.

Ranked-choice voting then solves most of my problems that I have with district elections. Strangely, in Davis, there seems to be an almost knee jerk reaction to things that present big changes.  That’s too bad.  It leads us to accept a system that doesn’t work particularly well in fear of implementing another system that introduces unknowns.

Share:
Tags:District ElectionsRanked Choice Voting
Previous : Be the Jury Bill Goes to the Governor
Next : Rolling Out the Sponsors for the Vanguard Awards Gala

29 thoughts on “Commentary: Coming Around to Choice Voting…”