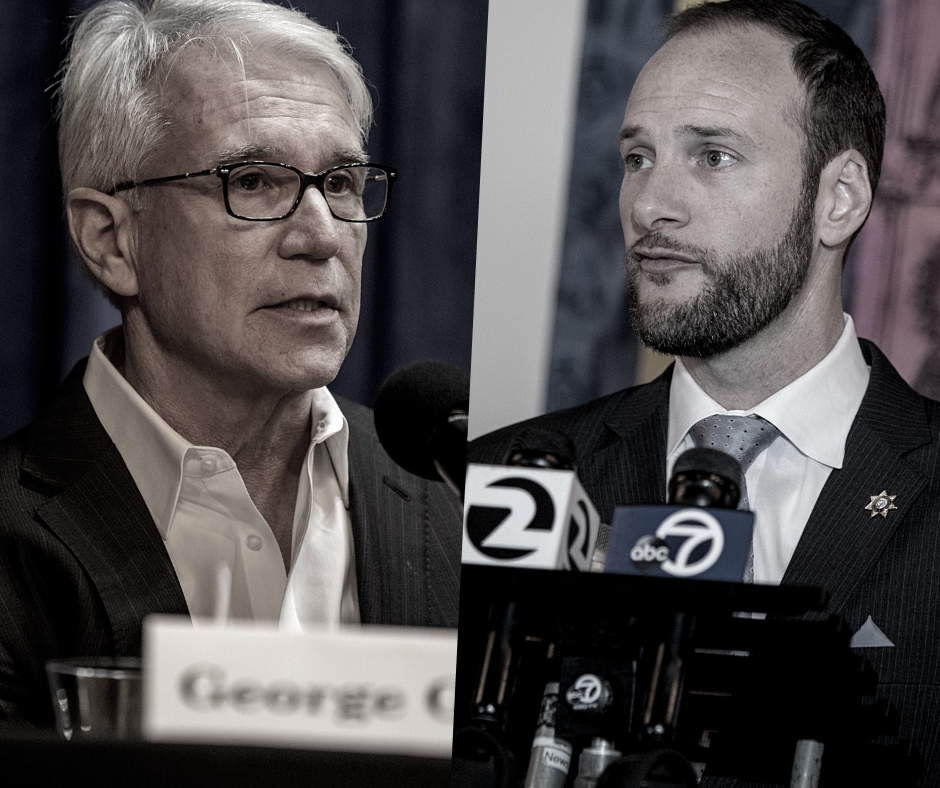 Everywhere one looks, it seems another reform-minded law enforcement agency is getting hammered. Just this year, the president of the California Retailers Association blamed property crime rates on San Francisco District Attorney Chesa Boudin and deputy prosecutors in Los Angeles sued their new boss George Gascón over policy disputes. More recently, a group of District Attorneys sued the California Department of Corrections and Rehabilitation over a new policy to slightly expand good-time-credits.

Decarceration proponents would be forgiven for thinking this is how reform ends.

But the reality is much more complicated. Now more than ever, California is a state divided on criminal justice. There is a partisan divide, with rural, conservative areas much preferring harsh justice over the big coastal cities. There are also major divides between law enforcement and civilians, as Michael Sances, a political science professor at Temple University, concluded in an article published earlier this year. California District Attorneys are near-unanimously opposed to even the most tepid reforms, including in liberal cities where they “frequently defy public opinion” that supports decarceration.

Even that requires clarification, though. Interested parties throughout the nation have watched as San Francisco seemingly struggles with its reformist DA. Everyone from fellows at the hyper-conservative Heritage Foundation to a reporter from The Intercept piled on.

That may make it look like San Franciscans don’t want forward-thinking justice.

Whatever the case may be, San Francisco’s experience is unique. Under ranked-choice voting, Boudin won the 2019 San Francisco DA race with 35.7 percent of the vote in a split primary. His strongest challenger, Suzy Loftus, ran on her career as a prosecutor and a get-tough message on property crimes like car break-ins.

In a conversation with the Gravel Institute, Lee Fang, a San Francisco-based journalist and decarceration skeptic, pointed out that Boudin seemed to electorally perform best with white voters in gentrifying neighborhoods. The Gravel Institute responded that this would have been the same dynamic that occurred in Queens with hard-left DA candidate Tiffany Cabán.

Ethnicity is not destiny, when it comes to DA preferences or anything else, but these trends can show how candidates are responding to concerns that may be more common in some communities than others.

However, if either the Gravel Institute or Lee Fang came away from that conversation thinking this is how these elections usually look, they would be sorely mistaken. Right across the bridge in Alameda County, the 2018 DA race had the opposite results. District Attorney Nancy O’Malley, a conservative Democrat, defeated progressive candidate Pamela Price, a Black civil rights attorney, with about 60 percent of the vote. Price won nearly every precinct in Oakland’s majority Black and Latinx neighborhoods, whereas whiter suburban communities turned out for O’Malley.

That said, criminal justice agencies and national reform advocates both have done a bad job at transcending the “white-over-Black” discrimination dyad, which is ubitiquous in debates about mass incarceration. Governmental criminal justice data often passes over Latinx people, lumping them into the “Black” or “white” categories, and includes Asian-Americans in the broad category of “Other,” along with indigenous people.

And there’s already reasons these groups may wish to avoid critical engagement with the criminal justice system. According to a new law review article from Raymond Magsaysay, stories of criminalized and incarcerated AAPI people are rarely shared because they sit in tension with “model minority” myths.

Enriching current outreach efforts and finding new ones is critical for sustaining support for decarceration in the long term.

The opposite is also true, something that lock-em-up politicians in the Bay Area have already recognized. In the San Francisco DA race, Suzy Loftus actively courted the AAPI vote, and went so far as to try to coax the one AAPI candidate out of the race. This year, Nancy O’Malley denounced the people who committed robberies in Oakland’s Chinatown as “ruthless” and “aggressive,” something a 2018 mayoral candidate called her “Hillary Clinton ‘super predator’ moment.”

This carceral messaging is smart political strategy. Due to the emboldening of racists around the topic of COVID-19, AAPI people have experienced more racial bigotry and at times violence than usual, which is a serious problem. At least one study has suggested that fears of racist attacks have exceeded fears of COVID-19 in the APPI community. Nonprofits like Stop AAPI Hate have also stoked crime fears, in part by conflating hate speech by itself with crime, which is a misunderstanding of the law.

Based on the statistics we do have, it is hard to imagine that a group besides Black Americans faces more disparate treatment in the criminal justice system. But there are good reasons for Latinx and AAPI people to be skeptical of the system, beyond the fact that mass incarceration is ineffective and morally wrong.

For example, California prosecutors treat non-white people of all races as incapable of separating themselves from in-group bias. In Santa Clara County, Deputy DA Alison Hershberger Filo struck all the Vietnamese jurors from a robbery and rape case involving a Vietnamese defendant, Vietnamese victim, and even a Vietnamese police detective who cracked the case. The California Court of Appeals reversed the defendant’s conviction because the trial judge wrongfully bought Filo’s allegedly “race-neutral” explanation for striking one of the jurors — that she supposedly failed to answer questions in her juror questionnaire — despite evidence on the record contradicting the claim.

Representation is also a huge issue. Four majority-Latinx counties in California — Colusa, Kings, Madera, and Merced — do not have a single Latinx judge. Latinx people also constitute about 39 percent of the population, but only nine percent of California prosecutors.

There are those in society who will never understand the desire to imprison and punish less, like most old-guard cops and prosecutors, conservative white people living in small towns, and carceral “victims’ rights” advocates. But for major reform organizations to largely ignore two of the largest ethnic groups in the state is a big mistake, and one that should be remedied as soon as possible.