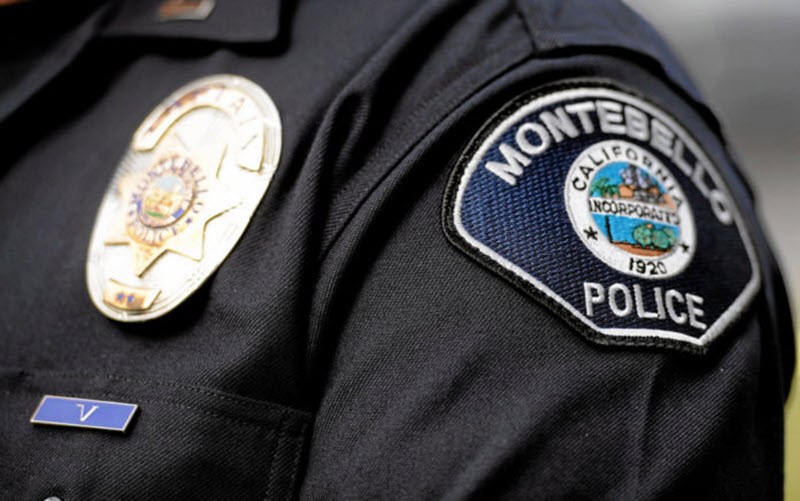 Petersen admitted to accepting the bribes, and U.S. District Judge Stanley Blumenfeld Jr. scheduled a sentencing hearing for Petersen on Jan. 11, 2022. Petersen is facing a statutory maximum sentence of 10 years in federal prison.

Petersen admitted to accepting at least $14,000 in cash from a drug trafficker in return for transporting narcotics shipments and using a police database to assist the trafficker in identifying individuals who were suspected of working with law enforcement.

Petersen worked in the Montebello Police Department from September 2016 to August 2020, and admitted accepting cash bribes and payments from the gang member and drug trafficker beginning in December 2018 and continuing through August 2020.

The gang member and drug trafficker, identified as “Co-Schemer 2” in court documents, had dinner with Petersen in 2018, according to those court documents.

Co-Schemer 2 was aware that Petersen was a police officer and had access to law enforcement records. At the dinner Co-Schemer 2 told Petersen that he could put him “on his payroll” and gave Petersen $500 through a third party, the documents noted.

The two met again in December 2018 where Co-Schemer 2 offered Petersen $10,000 to transport a vehicle containing narcotics and guard the shipment from law enforcement and from individuals who would want to steal the drugs. Peterson agreed to the deal and accepted the bribe.

Petersen escorted the vehicle three months later, posing as a security guard in a uniform that looked similar to an official police uniform. Armed, Petersen transported the white U-Haul truck successfully from Fontana to a location off California State Route 60 near Rowland Heights.

Whittier Daily News reported that the initial plea agreement made with the prosecutors stated: “Defendant would act as a decoy if law enforcement attempted to intervene or stop the vehicle, or if someone attempted to rob the shipment…Co-Schemer 2 told defendant to wear his police uniform, bring a gun, and to use an unmarked police vehicle to escort the drug shipment. At the time, defendant knew the shipment would contain illegal drugs, which defendant believed would be illegally grown marijuana.”

After the drop off, Petersen went to Co-Schemer 2’s residence where he received his payment of $10,000 in cash in a paper bag. In addition to this one instance, Petersen also admitted to escorting at least one more shipment of narcotics for Co-Schemer 2.

Petersen admitted to using the law enforcement database to find information about a person whom Co-Schemer 2 believed was a “snitch” and who had previously aided law enforcement by helping them intercept a cocaine shipment.

Petersen was given $500 to $1,000 for each database search by Co-Schemer 2 to report information on the individual along with others that were believed to be cooperating with law enforcement, court documents stated, adding Co-Schemer paid Petersen $1,000 in September 2020 to determine whether tracking devices that he found on vehicles he and another co-schemer used were from federal or state law enforcement investigations.