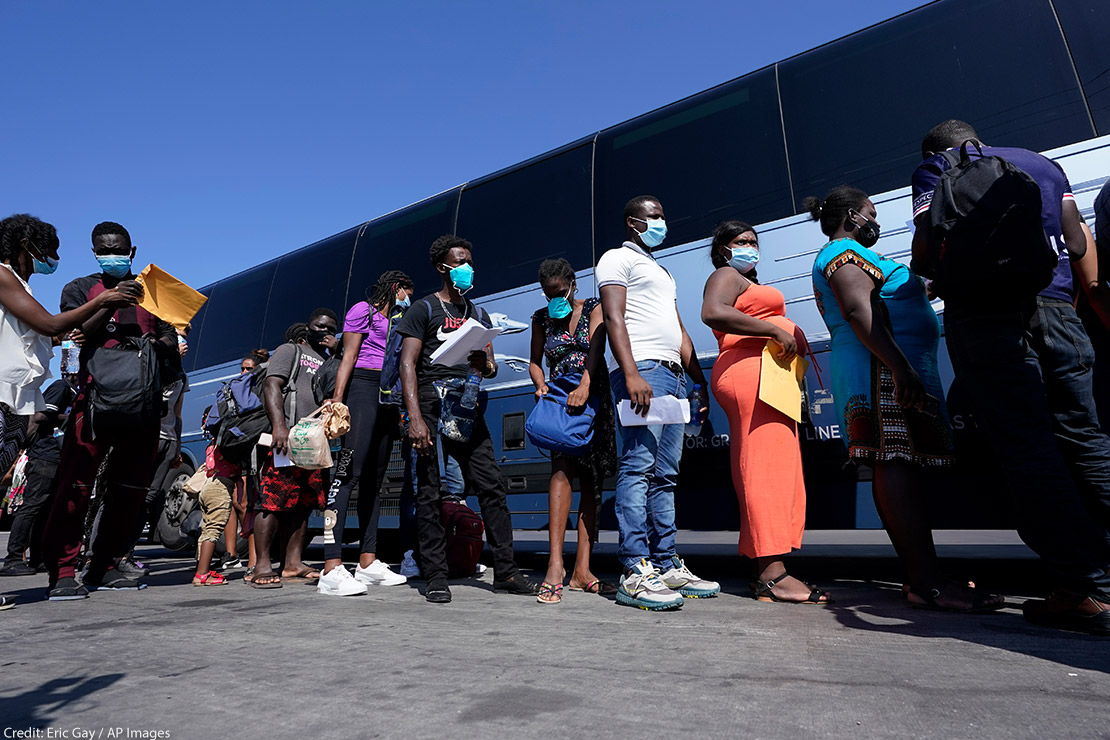 When President Joe Biden came into office, he promised to end the cruelty and inhumanity of President Trump’s immigration policies.

While the Biden administration has halted some of the former administration’s cruelest policies, far too many unjust anti-immigrant policies remain, and thousands of immigrants are paying the price. On Biden’s watch, Border Patrol agents are now attacking Haitian asylum-seekers and migrants in Del Rio, Texas — including small children. The government is using the illegal Title 42 program to fly people to Haiti, a country reeling from political unrest and severe natural disasters, without the opportunity to apply for asylum or other protections. Almost twice as many people are detained on an average day by Immigration and Customs Enforcement than at the start of this administration, many in prisons run by private corporations that are profiting from human misery. Only two out of more than 200 ICE detention sites have been closed.

On too many fronts, the Biden administration is failing to deliver on its promises to end the inhumane treatment of immigrants. That’s why today, we’re joining the Detention Watch Network, FIRM Action, Mijente, United We Dream, and the We Are Home Campaign’s “Communities Not Cages” National Day

We are calling on the Biden administration to shut down detention sites where thousands of people languish for months or even years. Many of these sites have well-established records of horrific conditions, reports of abuse and serious medical neglect. Detention conditions have grown even worse during the COVID-19 pandemic as detained people are left with few options to properly protect themselves from the virus.

Even if a government takes steps to improve detention conditions, detention itself is simply cruel and unnecessary. Immigration detention tears people away from their families and loved ones — when instead, they could navigate their legal proceedings while living in and continuing to contribute to their communities. Indeed, until the 1980s, most immigrants were not detained while navigating the legal process.

Today, immigration detention has become the norm, not the exception, and anti-immigrant politicians continue to seek more detention in a bald-faced attempt to ensure that the U.S. government punishes people for coming here — despite their legal right to seek asylum and other forms of relief in the United States.

The White House could have — and should have — started to dismantle this system of mass incarceration from the outset of this administration. Doing so would have been amply justified. As highlighted by the Government Accountability Office (GAO), this system ballooned under the Trump administration and squandered millions of taxpayer dollars, to the benefit and profit of private prison corporations. At the same time, ICE detention has grown increasingly unpopular, as is evident from the recent passage of anti-detention legislation in New Jersey, Washington state, and Illinois.

It’s not too late: Our movement has the momentum and the opportunity to push the Biden administration for transformative change. We must move away from using detention to punish and deter migration. We must start welcoming immigrants with dignity.