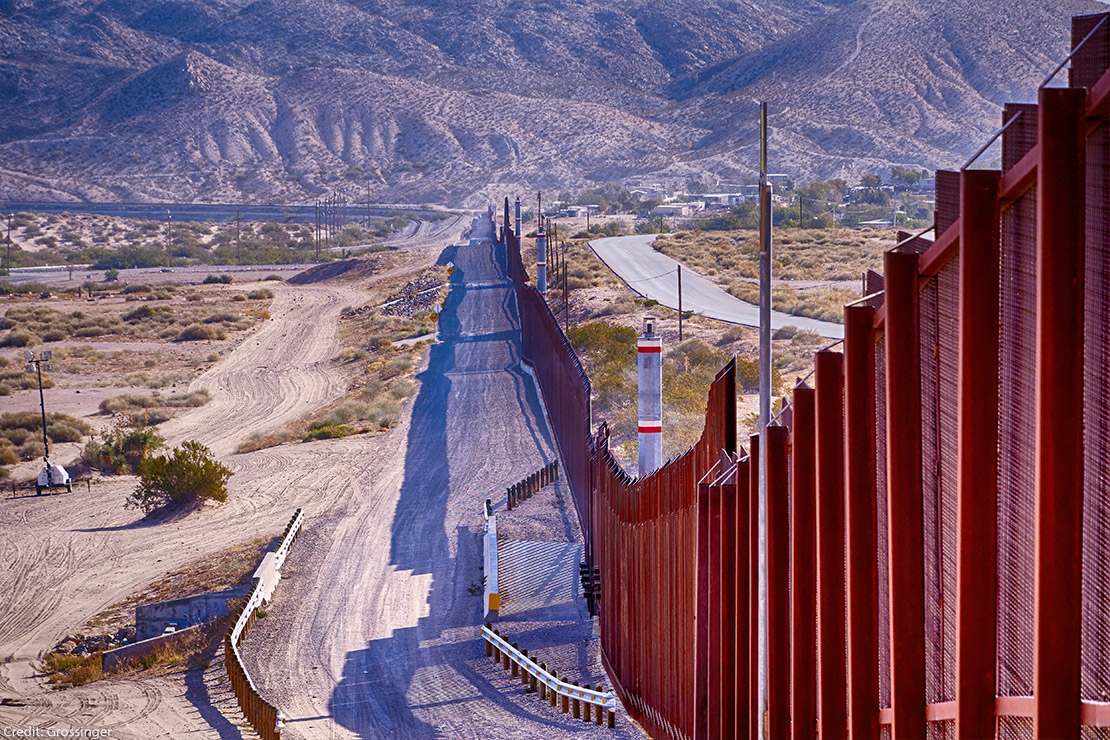 By Shaw Drake and Kate Huddleston

The latest violent imagery to emerge from Border Patrol’s actions at the U.S.-Mexico border warrants not only outrage and immediate action, but also deep reforms to an entrenched culture of abuse at Customs and Border Protection (CBP), the federal law enforcement agency that includes the sub-agency Border Patrol. One video from Del Rio, Texas shows a Border Patrol officer telling a Haitian migrant, “This is why your country’s shit, because you use your women for this!” This abhorrent comment is not an aberration: CBP has long had a pervasive culture of cruelty and dehumanization of migrants that includes this kind of — often anti-immigrant and racist — verbal abuse. The Biden administration must ensure CBP personnel treat people with dignity and humanity.

Narrow investigations and hollow assurances are not an adequate response to Border Patrol’s horrifying treatment and verbal abuse of Haitian migrants in Del Rio, Texas. President Biden must immediately prioritize a systemic overhaul of CBP, including fundamental reforms of its use of force policies, hiring and disciplinary practices, and complaint mechanism. In light of Border Patrol’s long-standing failures, President Biden should oppose any move to reward the agency with increased funding. And Congress, for its part, should also be shrinking the agency’s budget, not contemplating any increase.

Every day, CBP carries out U.S. border policy and interacts with migrants through the filter of an agency culture steeped in cruelty, xenophobia and racism, violent inhumanity, and impunity. On rare occasions, the agency’s abusive actions are caught on camera. But images of CBP tear gassing families, surveillance video of a child dying on the floor of a Border Patrol facility, or horse-mounted agents menacing migrants captured on camera tell only a small part of the long history of the agency’s violent actions, and the lack of

accountability with which they have been met.

The Border Patrol, initially a small agency, was established in an anti-immigrant atmosphere in 1924. It employed white supremacists, including Ku Klux Klan members, from the outset, and its early history included regular beatings, shootings, and hangings of migrants. Now, after rapid expansion in the early 2000s due to unprecedented funding, Border Patrol’s ranks include nearly 20,000 agents, making it the nation’s largest law enforcement agency. It is also the least accountable.

At least 191 people have died following encounters with Border Patrol in the last decade. Six of these deaths were caused by Border Patrol agents shooting across the border into Mexico — yet no agent was held accountable for the killings. The agency lacks basic accountability practices: No agent has ever been convicted of criminal wrongdoing while on duty, despite deaths in custody and uses of excessive, deadly force. The agency’s discipline system is broken. As James Tomsheck, CBP’s former internal affairs chief, has described, the agency “goes out of its way to evade legal restraints” and is “clearly engineered to interfere with [oversight] efforts to hold the Border Patrol accountable.”

Between just 2019 and 2020, the ACLU filed 13 administrative complaints with internal oversight bodies, documenting hundreds of cases of CBP abuse–including of asylum seekers, families, pregnant persons, and children, among other misconduct. Existing accountability mechanisms have failed to prevent abuses or adequately hold agents to account in ways that would deter future misconduct.

Border Patrol’s abuses are also not limited to the border itself–and have particularly targeted communities of color in the United States. The agency deploys its massive police force across the country where agents profile, surveil, and militarize U.S. communities. Just last year, Border Patrol agents terrorized and kidnapped protesters from the streets of Portland after deployment to Black Lives Matter protests sparked by George Floyd’s murder, and sent sniper units to George Floyd’s burial service with authority to use deadly force.

Verbal abuse of migrants is not unique to the mistreatment documented in Del Rio. In 2019, the ACLU received reports from migrants that detailed verbal abuse by Border Patrol agents. The abuse included bullying, harassment, threats, racism, and misstatements about U.S immigration law. Reported abuse was in line with that in the Del Rio video: For example, migrants described Border Patrol agents calling them derogatory terms and making comments such as, “I’ve fucking had it with you, this is why you guys don’t advance in your country.”

As the disturbing videos from Del Rio show, verbal abuse often accompanies agents’ physical violence. For example, a Border Patrol agent who pleaded guilty in 2019 to repeatedly hitting a migrant with a truck sent text messages in which he described migrants as “disgusting subhuman shit unworthy of being kindling in a fire.” His attorney defended the xenophobic messages as “part of the agency’s culture” and “commonplace.”

Border Patrol’s abuse often targets those who are particularly vulnerable. In 2014, more than 50 children reported verbal abuse. “You’re the garbage that contaminates this country,” one agent told a child. Children have reported that CBP has called them a wide range of derogatory names Migrants also have reported numerous highly derogatory anti-LGBTQ comments.

The agency’s long-entrenched culture of violence and abuse toward migrants is completely contrary to the basic dignity and respect with which all migrants — and anyone who encounters law enforcement — should be afforded.

The Biden administration cannot reward these kinds of human rights abuses by federal law enforcement officers nor allow them to continue. The administration must reject Border Patrol efforts for increased funding and must undertake a complete overhaul of CBP policy and practices, including:

We laid out these and other detailed recommendations before the start of this administration. CBP’s rampant abuses are doomed to repeat themselves absent robust reforms.

Agents domineered over migrants, menacing them with horses and lariats and making derogatory comments in Del Rio with the eyes of the country upon them. But agents have acted this way with impunity for many years out of the public view — and it is past time for these racist and anti-immigrant abuses to end.