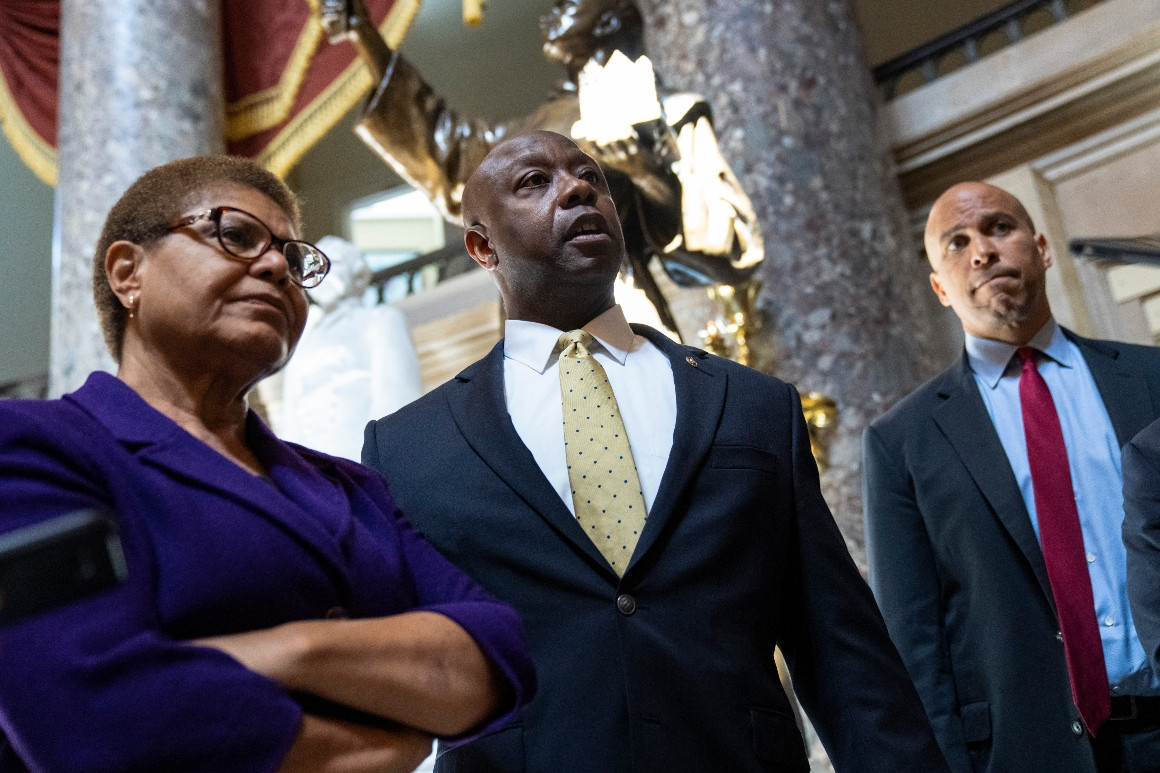 Washington, DC – One of the big sticking points for comprehensive police reform at the national level was changes to qualified immunity.

It’s a mess.  You have Senator Tim Scott blaming his Democratic counterparts, progressives blaming moderate Democrats, and I wonder if the whole bill was flawed and wrongly focused in the first place.

Qualified immunity has become a sticking point for many on the left—even though I actually don’t believe that they understand what it is or the limits of removing it.  The left, led by people like Representative Ayanna Pressley and Senators Ed Markey and Elizabeth Warren, have introduced legislation to fully end the qualified immunity.

In the controlling opinion—Harlow v. Fitzgerald (1982)—the court established that the plaintiff could overcome qualified immunity only by showing that the

defendant’s conduct “violate[d] clearly established statutory or constitutional rights of which a reasonable person would have known.”

Efforts by the progressive left to “defund police” or reallocate funding toward community infrastructure and social services have run into moderate concerns.

Senator Scott back in April proposed a compromise on qualified immunity, suggesting that the liability be shifted from individual cops to their departments (although it’s not clear how that would differ from now).

Part of the problem with the idea that cops can be held personally accountable is that, as the Reason article pointed out, “police departments already finance the vast majority of payouts when a police officer is not granted qualified immunity and subsequently loses a lawsuit in his or her professional capacity.”

“Sen. Tim Scott’s proposal—requiring the city to bear the costs of these suits, instead of officers—would make transparent what already happens in over 99 percent of cases,” writes Joanna C. Schwartz, a professor of law at the University of California, Los Angeles and an expert in qualified immunity. “We absolutely need to find ways to increase officer accountability—by, for example, changing union protections that make it difficult to fire bad officers.”

That’s my problem with the whole notion of eliminating qualified immunity as a path to police reform.  First, departments already, in effect, indemnify their officers even when held personally accountable.  Second, individual accountability is unlikely to change individual behavior because many cops do not believe they have committed misconduct (a reason why body worn cameras are not shown to reduce use-of-force complaints).

There is a notion from Scott and other moderates that the approach should be to “make sure that the bad apples are punished.”

Removing the few bad apples from a barrel still leaves the problem of the barrel of apples that have already been infected and contaminated.  Moreover, what we have found is that FOP, the department, the fellow officers and often sympathetic politicians act to protect the problem officers and fail to root out the heart of the problem.

While I support going after qualified immunity, I have a number of higher priorities.

First, I would argue, rather than civil liability, we need to have an easy process by which to decertify bad cops and prevent them from simply getting fired from one agency and going to another.

Second, we need to nationally address use-of-force standards which right now allow police to articulate fear for their safety and avoid accountability.

That’s a problem because the conditions that led to the death of Floyd have not changed.  Chauvin was the exception that proves the rule rather than the start of a new world order.

My laundry list would then be changes to use of force, decertification, and then I would focus on police encounters themselves—moving toward a mental health response like Davis has with Crisis-NOW and other communities have with CAHOOTS—and finally addressing pretext stops in ways proposed by Berkeley, San Francisco and some proposals out of San Diego.

Police should not be able to pull someone over for a minor traffic violation and use that stop to search a vehicle and otherwise turn a routine top into a potential point of crisis.

Likewise, police are simply not the best equipped to deal with a whole host of psychological emergencies.

Finally, while I know Congress likes to address things as a package, I would suggest perhaps one point at time—start with the easy stuff and tackle the hard stuff later.

9 thoughts on “My View: A Lot of Finger Pointing By Leaders Not Getting Police Reform Done”