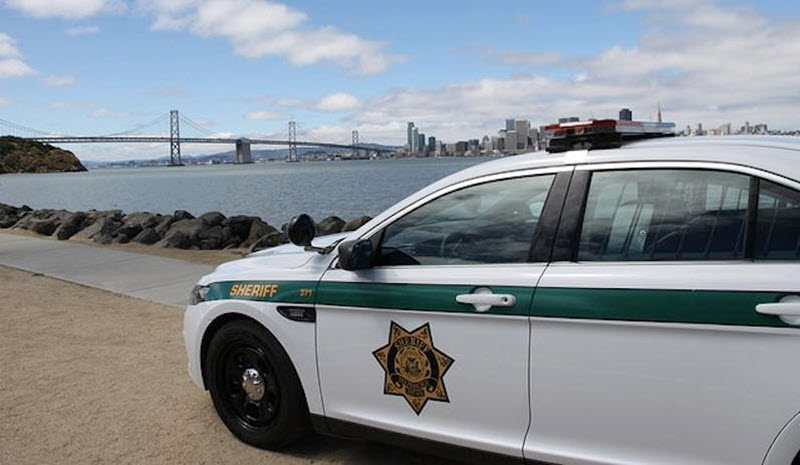 All charges stem from an incident less than a week ago, Sept. 23, when Barsetti allegedly sexually assaulted an 18-year-old victim by “grabbing her inappropriately and pulling her hair,” according the DA’s press statement.

The off-duty Barsetti then, said witnesses, threatened to shoot people and swung a guitar at onlookers, damaging the apartment where a potluck was

held earlier that evening in the Park Merced area.

The deputy, according to the DA’s statement, “had shown the victims his collection of handguns earlier in the day… then threatened to get his gun and shoot each one of them,” after being confronted for his alleged sexual misconduct. “Deputy Barsetti returned to his apartment, and two of the victims fled, fearing for their lives.”

“Deputy Barsetti was taken into custody without incident. Deputy Barsetti appeared to have slurred speech and showed signs of intoxication. Officers executing a search warrant on his home found three handguns, several magazines of ammunition, and an inert hand grenade. Those weapons were all confiscated,” said the DA statement.

“The allegations in this case are outrageous, and particularly troubling coming from someone we entrusted to wear a star and uniform.  We will hold Deputy Barsetti accountable for his actions,” said District Attorney Boudin. “This case involves not only weapons, threats, and vandalism, but also sexual misconduct.”