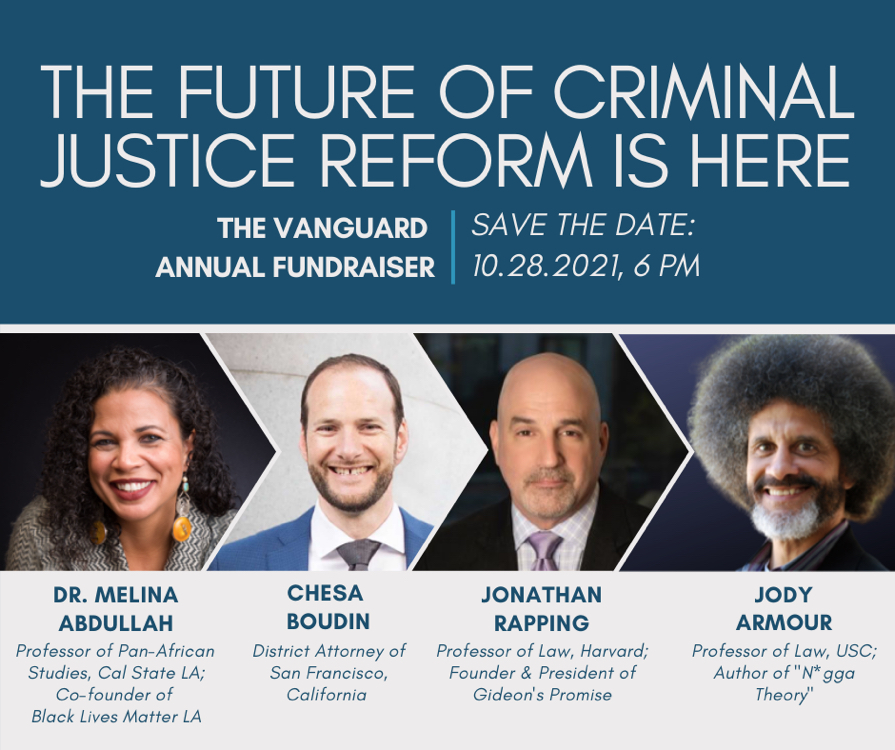 Get your tickets now

Join us for an important discussion.  In the last four years we have seen progress on criminal justice reform on a whole bunch of fronts to the election of progressive prosecutors looking to reduce the carceral state and the continuation of the movement toward police reform.

With the pandemic disruptions, an increase in the murder rate, and push back against some police reforms – we are potentially entering a crossroads.  We have seen progressive prosecutors across the country face push back whether it’s in Philadelphia or Virginia or St. Louis and this year in LA and SF, the elected prosecutors may well face recall efforts.

The key question is what does reform look like?  What changes can be made to reduce mass incarceration?  How do we move forward on police reform?  How do we reduce racial disparities in the system from policing although through the court process?  And how do we combat the forces intent on stopping progress?

We have assembled a diverse panel to discuss what the future looks like:

Join us for this important discussion on October 28 at 6 pm.

Share:
Previous : Prison to University Pipeline: How the Berkeley Underground Scholars Helps Formerly Incarcerated Students
Next : Mother-in-Law Testifies on Behalf of Defendant in Vandalism Case with a Neighbor