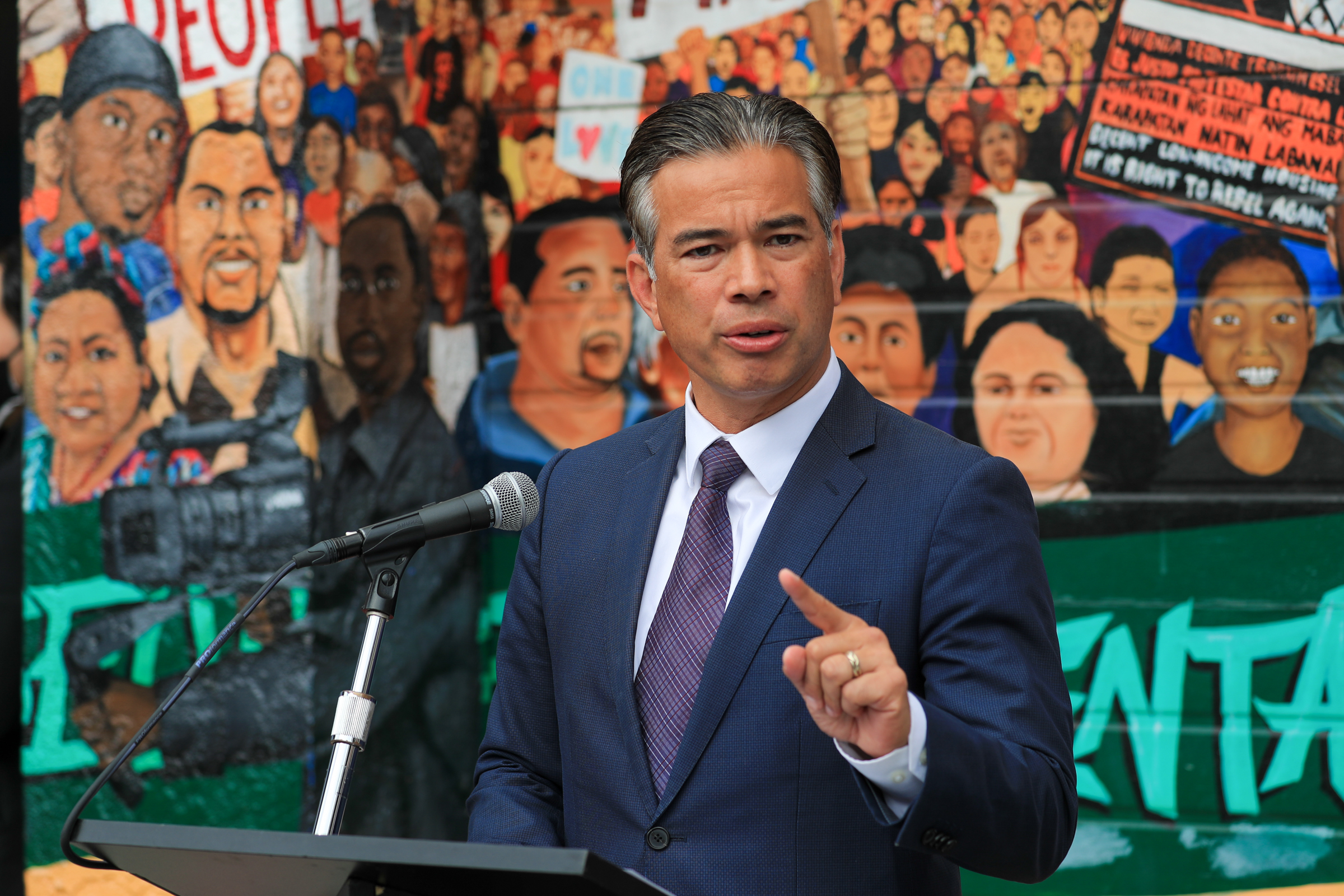 San Francisco, CA – Ghost guns can be shipped in innocuous-looking packages, avoiding detection and regulation, and then assembled in a very quick period of time.  In August, San Francisco District Attorney Chesa Boudin announced a lawsuit aimed at unlicensed manufacturers, and on Wednesday at a press conference in San Francisco, California AG Rob

Bonta announced he was joining the effort.

In August, the San Francisco District Attorney’s Office, joined by Giffords and Keker, Van Nest, and Peters, LLP, filed a suit against Glockstore, Blackhawk, and MDX Performance. The Attorney General’s office now joins in that lawsuit, bringing into this litigation the information they have discovered through their years-long investigation. 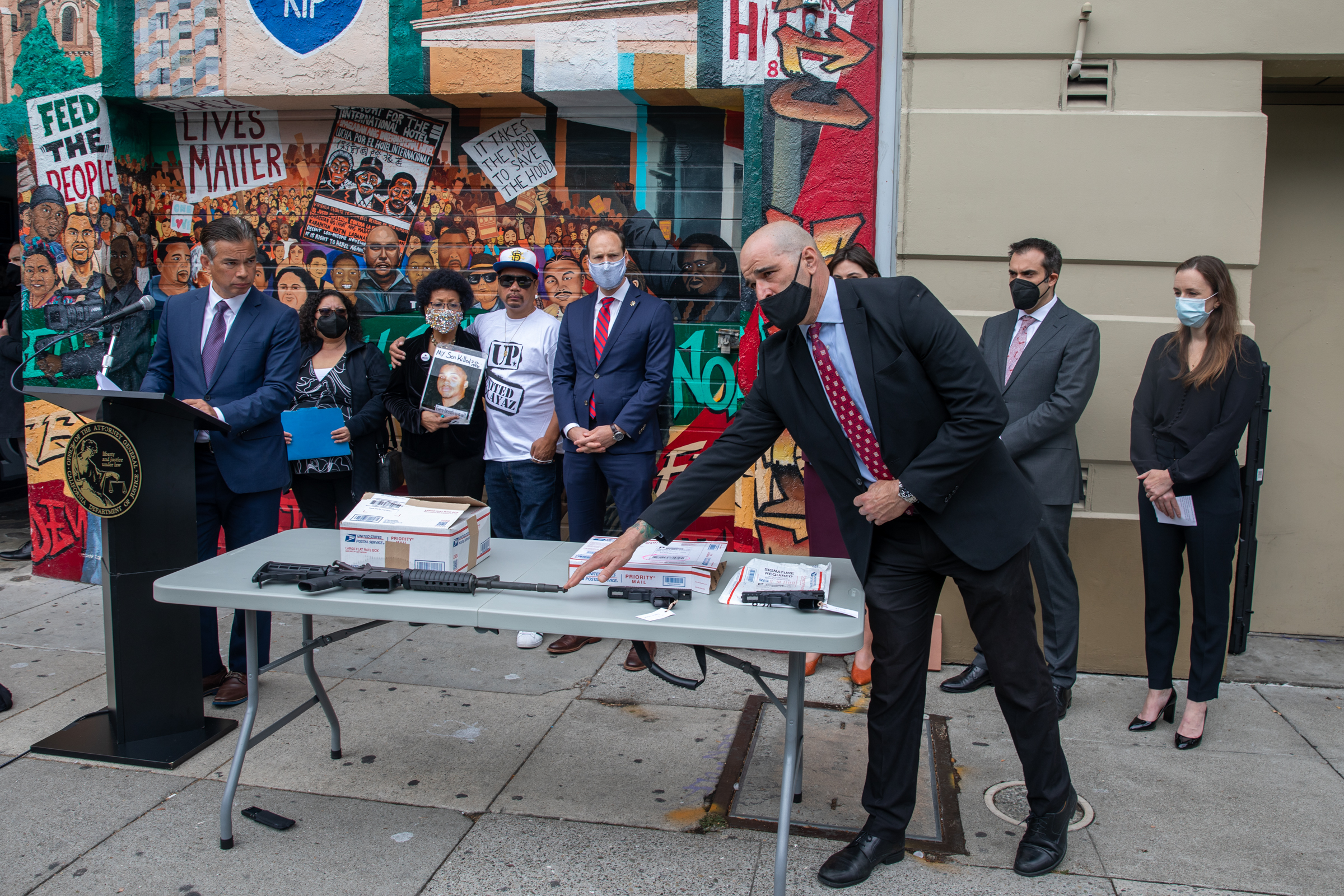 “We’re talking about a ghost gun kit, 15 minutes, and you have a lethal weapon and that’s all it can take—right now across the nation and across California ghost gun kits are being purchased, sent in the mail or even scheduled for in-store pickup.”

Bonta continued, “These weapons have been used in mass shootings. Criminals have used them to murder innocent children in our classrooms. They have been linked to serious crimes here in San Francisco and across the nation in America that have ghost gun problem on hand and taking action in response to that problem.”

According to information provided by the San Francisco District Attorney’s Office, the kits generally contain unfinished frames and receivers, and can be used to assemble a fully functional weapon in as little as 15 minutes and “these untraceable firearms have been used in multiple tragedies in California.”

The guns are firearms but they are not serialized, which, as the DA’s office explained, “allows unlicensed manufacturers and illegal possessors to bypass standard California requirements such as registration and background checks, rendering them largely untraceable by law enforcement.” 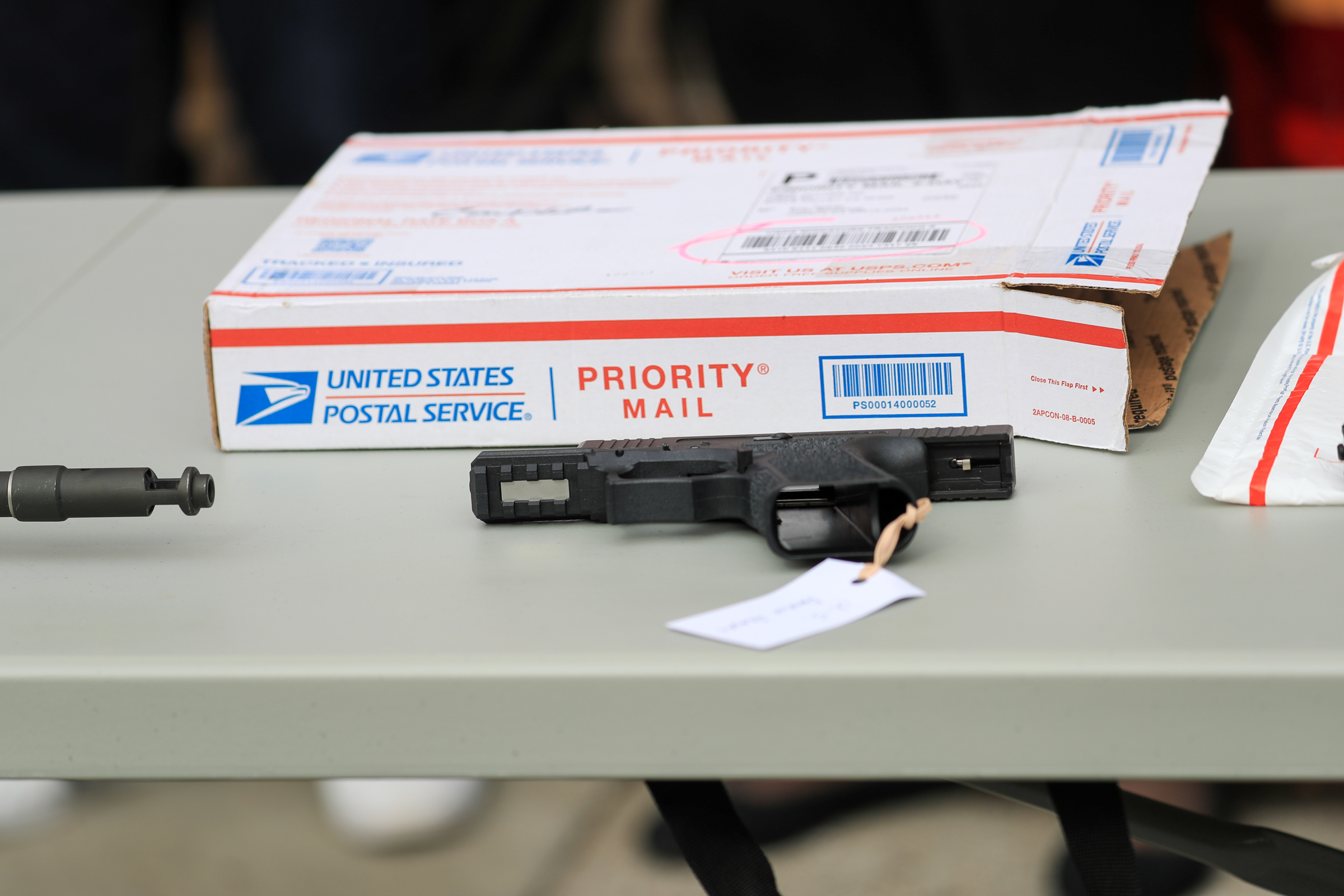 Bonta explained that this allows anyone “to bypass California’s nation-leading gun laws, including registration and background checks, and within minutes have an instrument of death in their hands.”

He added, “This industry will become more dangerous if it not properly regulated.”

Bonta said that the lawsuit which was filed in August and joined by the AG’s office on Wednesday is another tool to pursue these ghost gun retailers and combat the supply of these firearms.

“Our lawsuit alleges that Blackhawk and MDX and Glockstore are breaking the law first that they are evading the assembly of firearms law,” he said, which requires those who purchase the frame and kit to “apply to the California Department of Justice for a serial number and a background check.”

DA SF Boudin said that he was thrilled that AG Bonta was bringing the weight of his office to this litigation.

He said he hopes that this will “help raise awareness about a true epidemic of gun violence in our communities, and about the important work we are doing as a team to fight back.  As the attorney general said this pressing issue requires all of our best efforts. It requires all of our collaboration and teamwork to succeed, to save lives.” 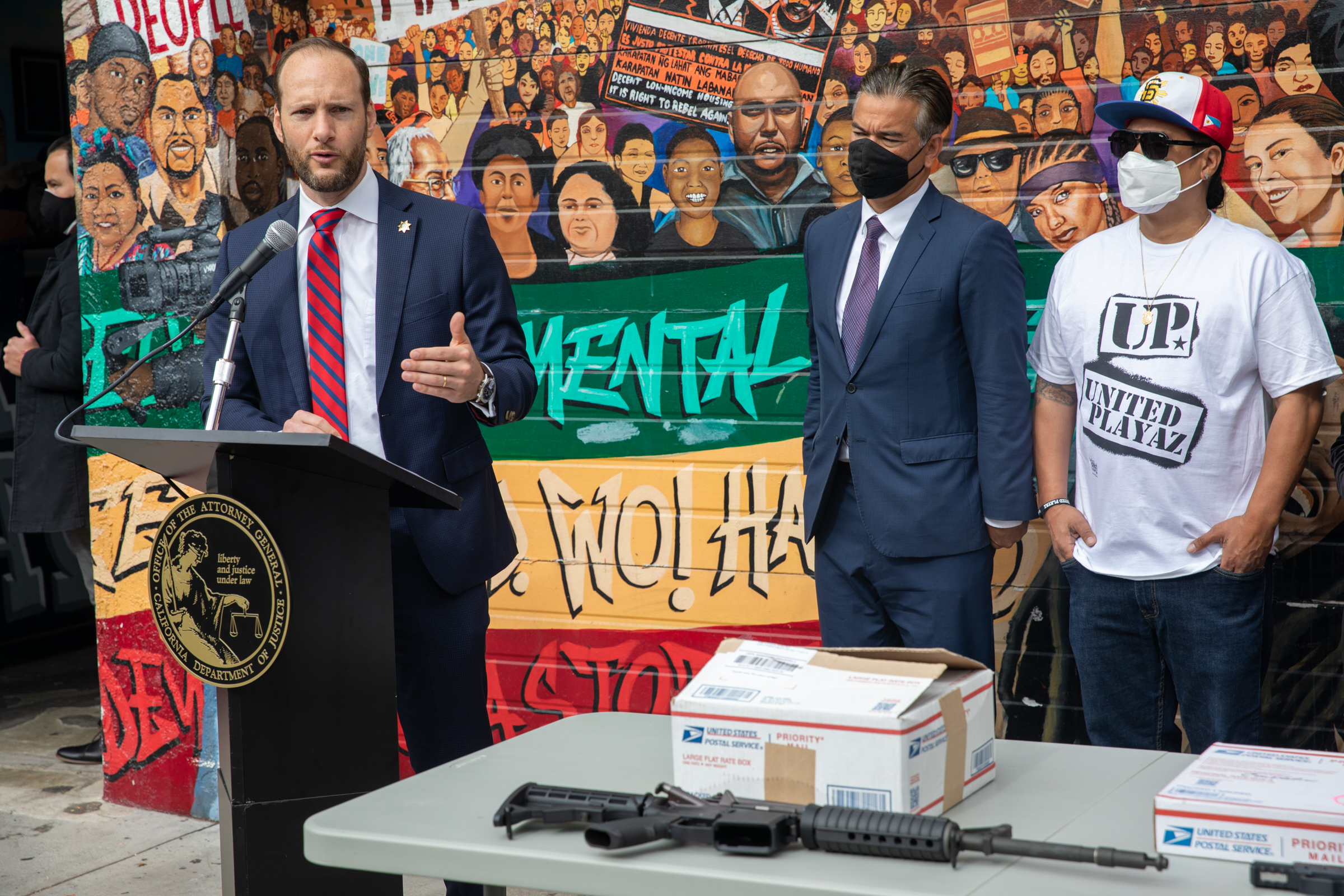 The DA explained, “Gun violence is a crisis in San Francisco, in California and across the country. Gun violence has been on the rise over the last few years. Nationwide. Nowhere has been spared from the scourge of gun violence.”

This is a rapidly expanding problem, Boudin continued.

He said, “Look over the past few years, we have seen a dramatic increase in the use of ghost guns.”

In 2019, for example, in San Francisco, ghost guns were associated with a tiny fraction of gun-related homicides, the DA said.

However, he continued, “In 2020 ghost guns were associated with nearly 70 percent of gun-related homicides. We’ve seen a several thousand percent increase in just five years in the number of ghost guns that are being seized by police officers in this city.” 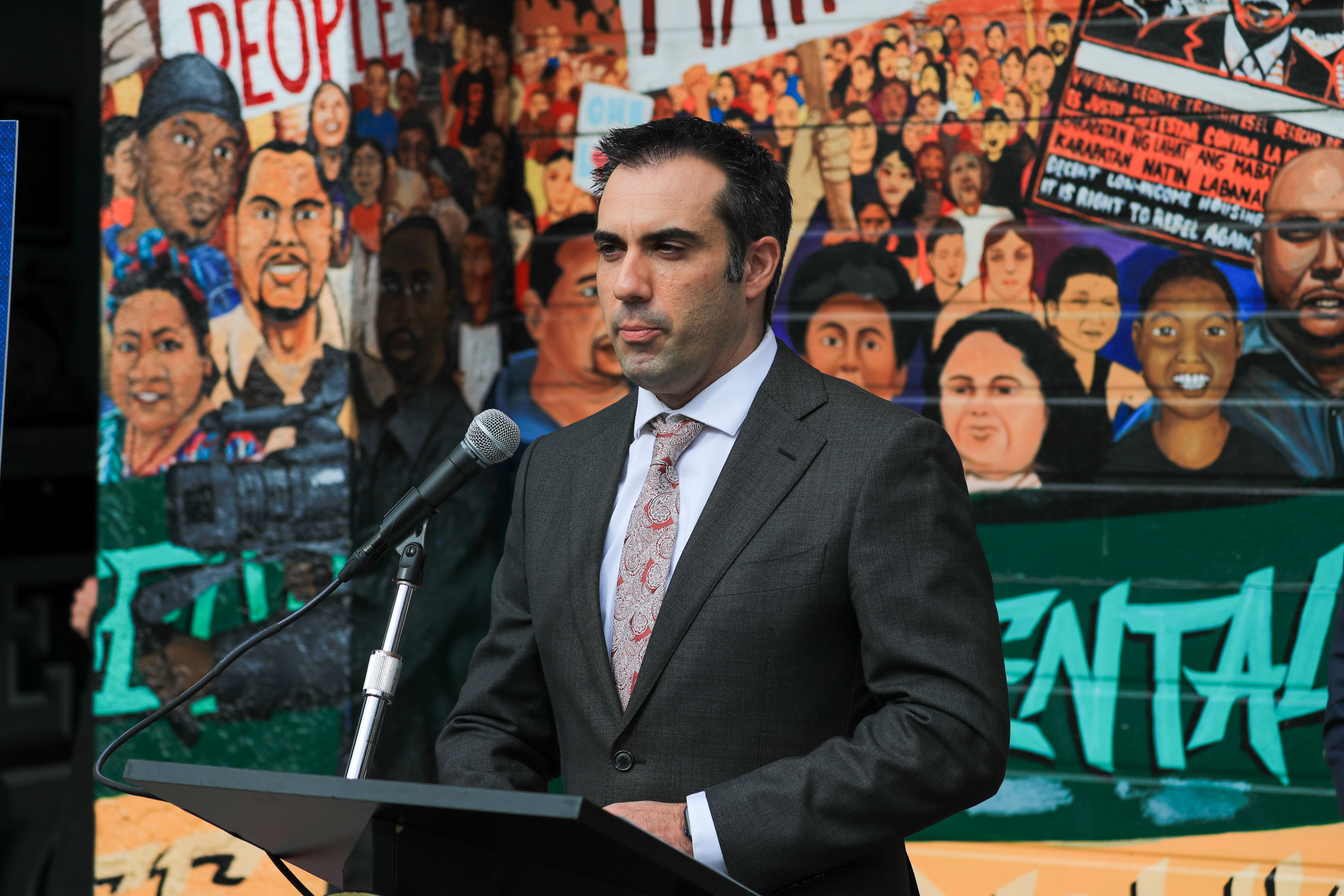 “Ghost guns are a problem in this state,” Dooley said. “Ghost guns are guns that are unserialized. They don’t have a serial number on them. They are difficult to trace if not impossible—to trace for law enforcement in connection with a crime. They are purchased on the internet. They are sent to the purchaser just through the regular mail.” 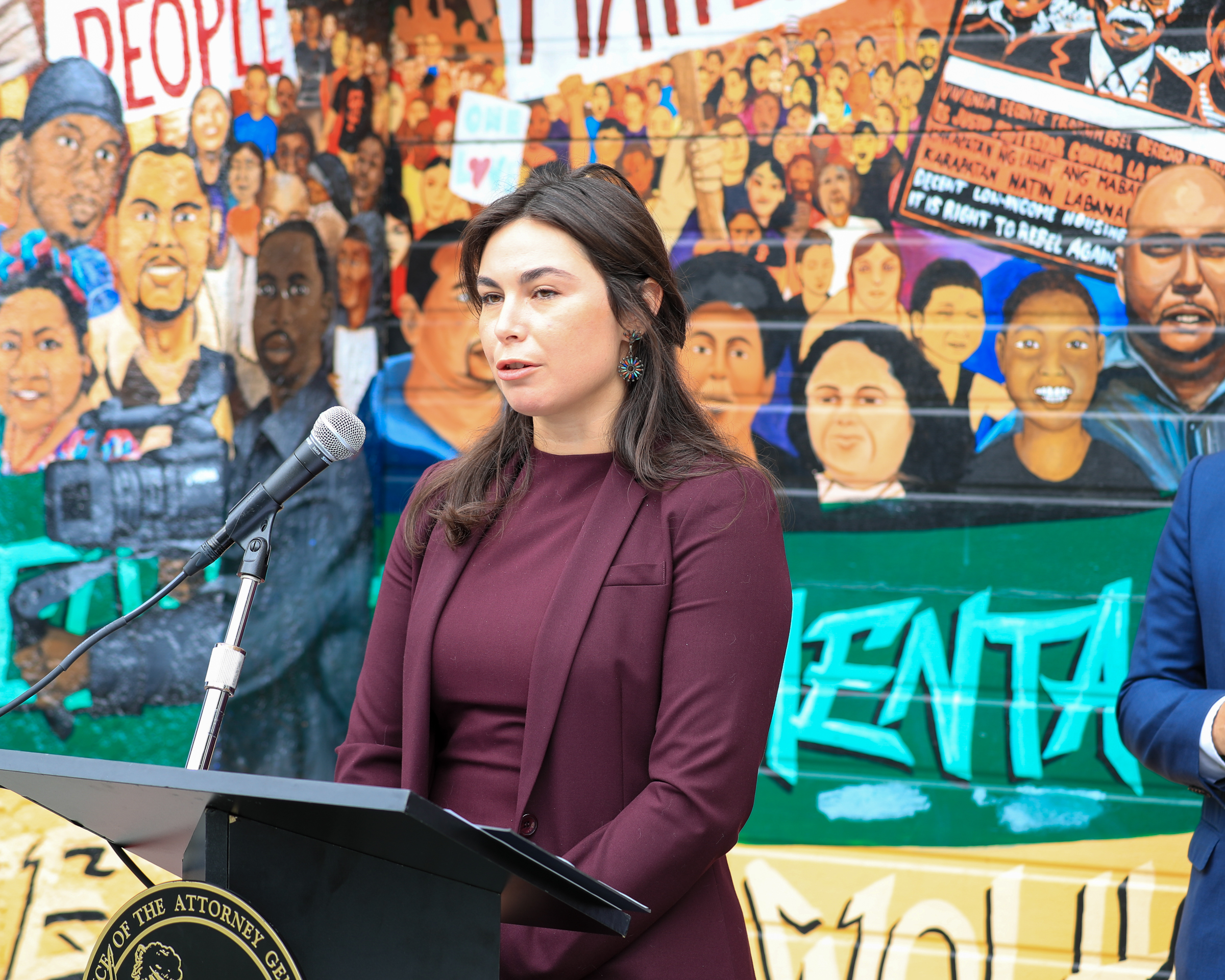 “These guns are being used to kill. And the manufacturers and sellers named in our lawsuit know it. The danger of making untraceable firearm parts and kits so freely available on the internet is obvious,” said Esther Sanchez-Gomez, Litigation Attorney, Giffords Law Center.

Moreover, as she pointed out, these misleading tactics are putting the consumers at risk as well.

“Consumers are told that these products are a hundred percent legal or California-compliant. Meanwhile, these customers have been the ones who risk prosecution if they are found not to be legally possessing the firearm they assembled. There’s a disconnect here that ghost gun sellers are exploiting to the detriment of consumers and their communities,” she said. 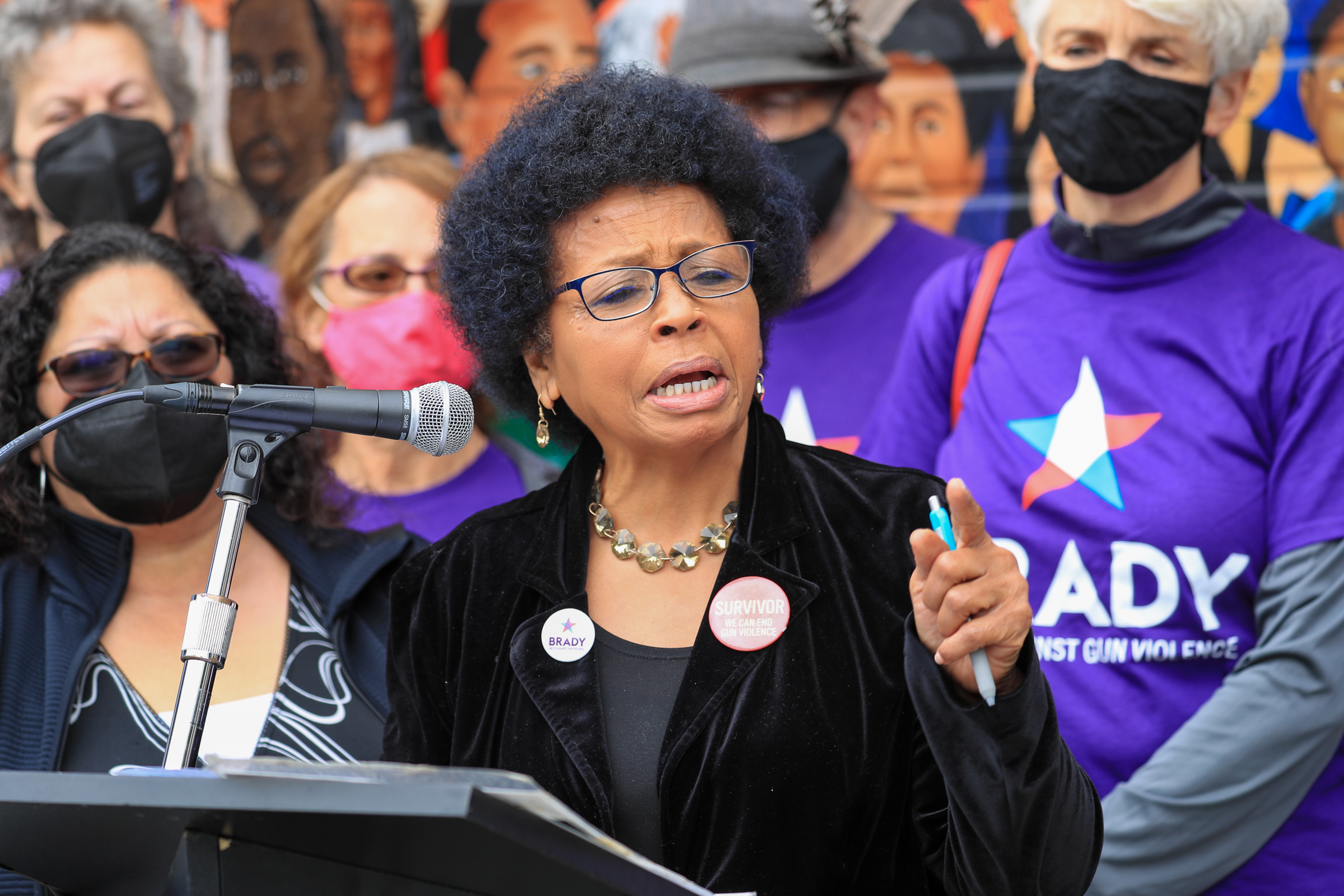 Mattie Scott, Founder, Healing 4 Our Families & Our Nation; President, Brady United Against Gun Violence, and San Francisco Mothers In Charge Chapter Leader said it was difficult to look at the Glock over there.  “As I look at it, that’s the weapon that took my son’s life.”

She continued, “When I look at that, I’m here because I’m a black mother, who lost my youngest son Dorsey Scott at age 24.”

She explained that she had tell her six-year-old grandson that his father was dead.

Scott explained that these guns are “used to fall into the hands of people who can’t legally buy guns, including our children, maybe your children, anybody can go online and get a gun. Anybody can purchase a gun.” 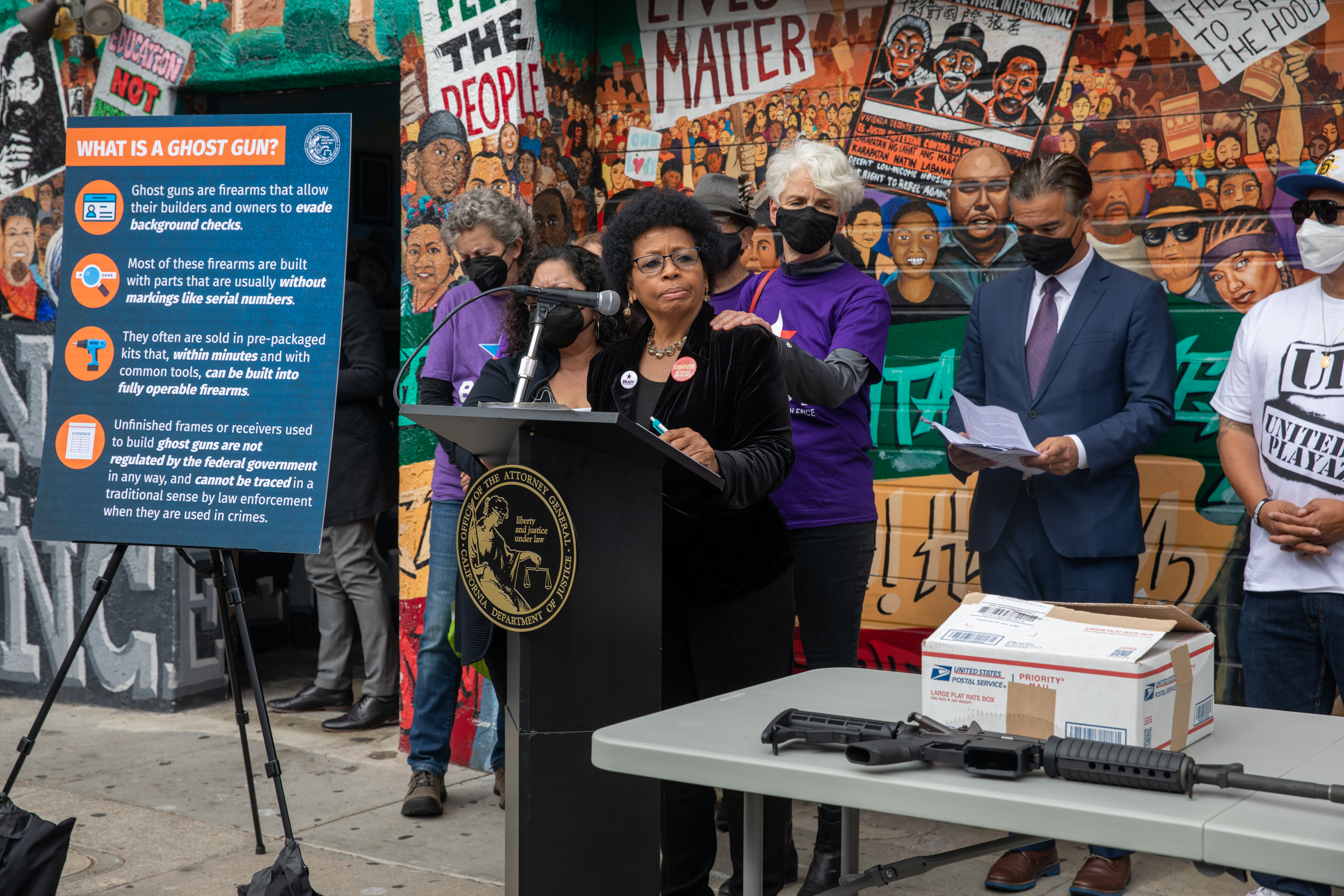 Scott said, “We need to get these unregulated weapons out of our community and we need to do it in a way that doesn’t feed mass incarceration and injustice in our broken criminal justice system.  We cannot simply arrest and prosecute our way out of gun violence.”

“When firearms are built at home by individuals who have not passed a background check and have not had their guns properly serialized, it leaves law enforcement in the dark, and the public less safe,” AG Bonta said. “As firearm-related deaths and injuries rise, it becomes a more pressing public health and safety issue here in California—and throughout the country.  We must use every tool we have, including today’s lawsuit to keep the public safe.”

A copy of the complaint is available here: https://www.courthousenews.com/wp-content/uploads/2021/08/SFDA-ghost-gun-suit.pdf. 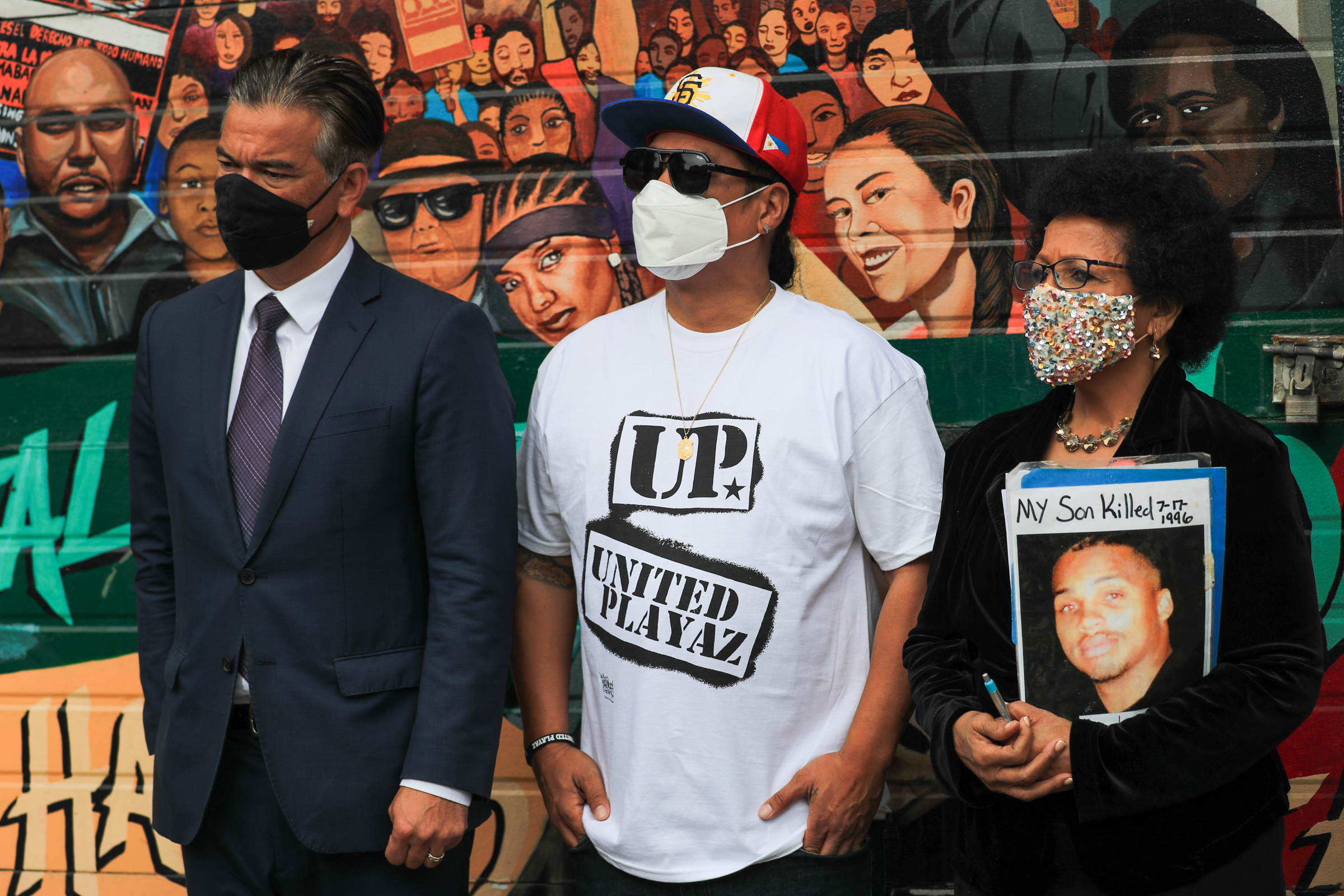 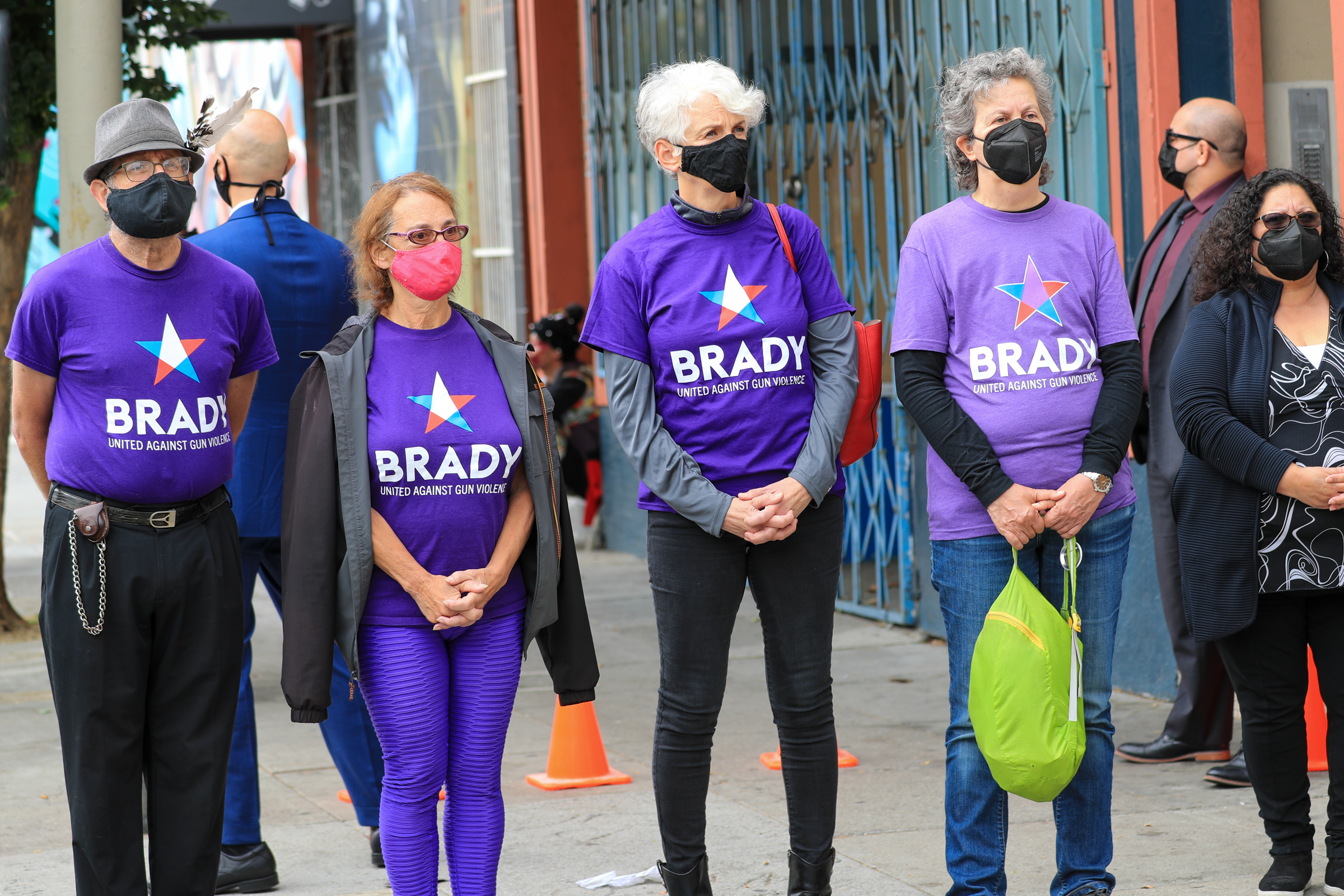 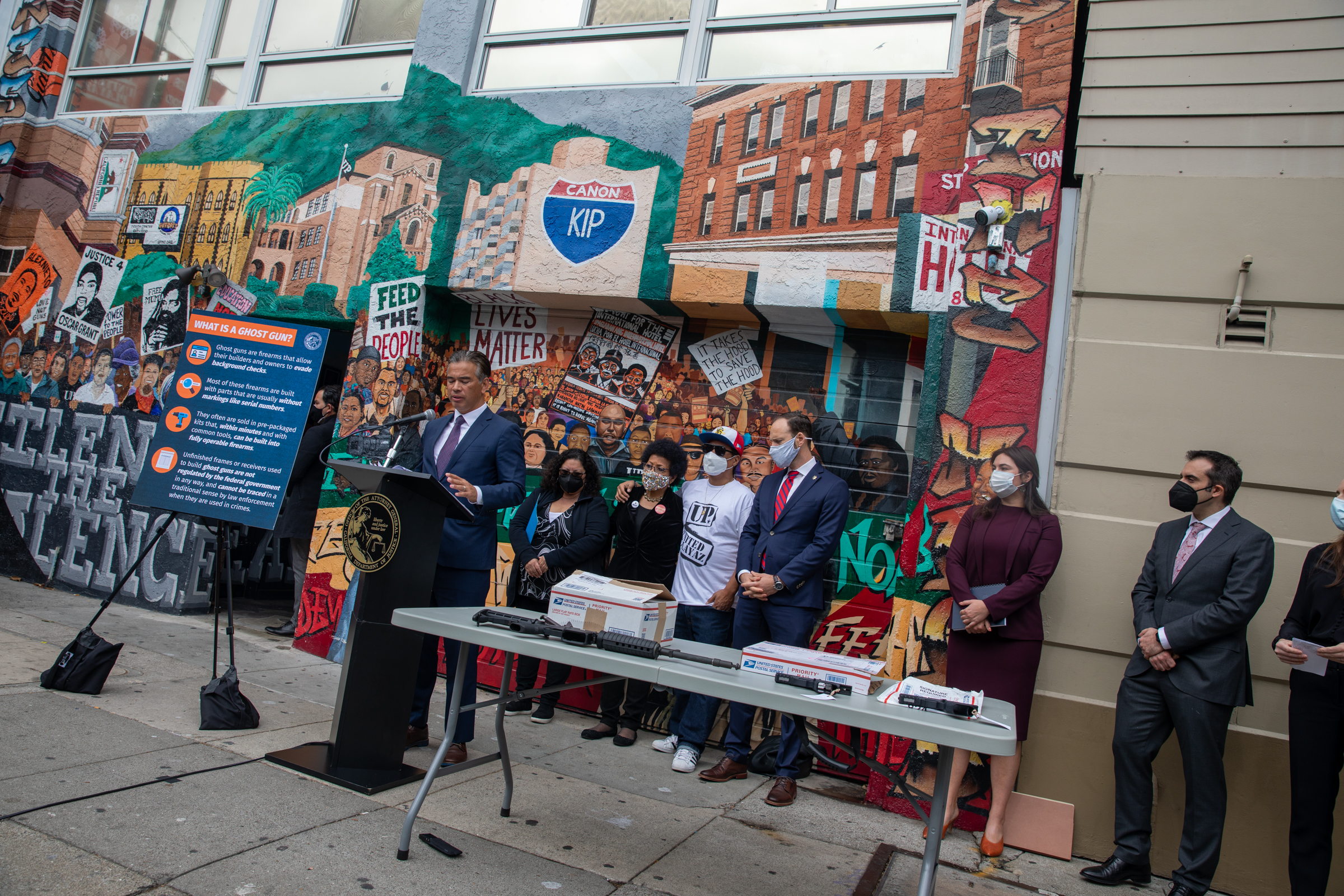