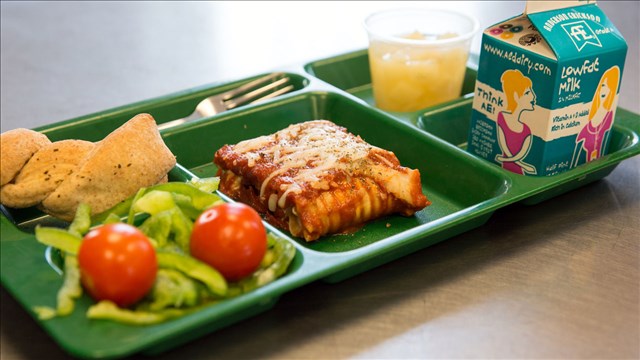 SACRAMENTO––As students returned to schools at the start of this year’s fall term, they were greeted by a new change in lunchrooms: free breakfast and lunch for all students.

Though many cities across the country already have been offering free lunch for years, such as New York City since 2017, California has become the first to enact such a program statewide. Notably, Maine followed suit shortly after with its own free lunch program.

Under the previous federal guidelines, a family of four had to have an annual income under $34,000 to qualify for free lunch, and for reduced-cost lunch, the threshold was $48,000. These metrics do not take into consideration the relatively high cost of living in California and as such experts contend that the actual need for free or reduced lunch is much higher than the official numbers suggest.

Currently, 60 percent of students utilize or qualify for the free and reduced lunch program, meaning an overwhelming majority of Californian families rely on this program to feed their children. In terms of population, 6.2 million Californian students will benefit from the introduction of this program.

The implementation of the free breakfast and lunch program comes as the state is experiencing an unexpected budget surplus due to the pandemic funding from the federal government. For the current 2021-2022 school year, the program will be funded by a $262 million surplus, with $54 million allocated.

The additional costs will be covered by the USDA, which has promised to reimburse states for expenditures related to the pandemic until the summer of 2022. After support from the federal government tapers out, from the 2022-2023 school year onwards, the state is estimated to spend $650 million annually on the free breakfast and lunch program.

One of the main proponents of the program is California State Sen. Nancy Skinner (D- Berkeley), who previously introduced SB 364, a bill aimed at tackling this very issue. She celebrated the move, stating, “We know that many California children are food insecure, and if you’re hungry you cannot learn well.”

She went on to say, “The whole point of school is learning, and everything we can do to create an environment that allows children to thrive and learn is what we need to do.”

Perhaps most notably, the passage of this program has seen near-universal bipartisan support from both California Democrats and Republicans.

State Sen. Brian Dahle (R- Bieber) applauded the program, remembering a time he saw children from his kids’ school taking food from the school’s cafeteria because “for a lot of them that was their dinner and they were sneaking it or taking it off someone’s plate when they didn’t finish it.”

This anecdotal example offered by Sen. Dahle hits at the root of a problem this free breakfast and lunch initiative hopes to eliminate: the shame that can accompany the use of such government programs. It is a complication lawmakers and advocates are hoping is eliminated with streamlining of the program.

Unlike in previous years where students’ families were required to fill out documentation to receive the free and reduced lunch, that will no longer be a requirement. Due to the political climate in more recent years, families who qualify and would greatly benefit from the use of these programs have declined to apply for them out of either fear of revealing their immigration status or retribution for being on any kind of assistance.

By making the free breakfast and lunch program free to all students throughout California, these concerns can be settled. However, while filling out documentation is not required, it is still encouraged by the districts so as to be able to make sure enough funds are allocated to their districts for the program.