San Francisco, CA – The focus of Thursday’s discussion on domestic violence by San Francisco DA Chesa Boudin was the need to center survivors of domestic violence. Boudin noted that survivors have often been not centered and even ignored during the course of handling such prosecutions in traditional offices.

Kelli Dillon, the director of an Empowerment non-profit organization, explained that “there’s a theory of what survival looks like as opposed to the reality of what it feels like while in a mental state of being in a present danger, or even like fearing of not making it out of that experience or even that DV episode.”

Each of the panelists not only work in the field, but were themselves survivors.

Dillon, married at a young age at 19, was in a domestic violence relationship and, in the course of that situation, she ended up killing her abuser in self-defense.

She noted that some of the resources that were offered “as a refuge becomes evidence against the survivor who’s now sitting in jail and in prisons trying to defend themselves from either harsh or extensive sentencing.”

She noted that for her, Division of Child and Family Services (DVFS) “was used as a threat” where the police told her, “if we have to come back to this house again, or we hear that it’s DV again, your children are going to be taken away.”

That puts survivors in a tough position, where the first responders, if called out to the house, “might punish the non-offending parent for reaching out for their help.”

The problem of criminalizing survivors is a real threat to many victims speaking out.

Aminah Elster, formerly incarcerated and the campaign coordinator for the California Coalition for Women Prisoners, differentiated the perception of the good victim versus the non-victim criminal approach to addressing violence.

Elster explained, “However, survivors like myself are not recognized as people in need of support and advocacy. Instead, we are criminalized for being Black, for being undocumented, for being poor, for being transgender, for being disabled, for being women or girls of color, having a past criminal history.”

As a result, she said, “Our experiences of violence are severely diminished and disappeared. And we are seen as criminals who should be punished.”

Dillon said that she thinks those are actually low numbers.

She said when she was arrested for killing her husband, the women in the holding cell with her all shared their stories.

“Not one woman in there did not share a story of molestation, incest, abuse, rape and domestic violence,” Dillon said.

The system, she said, not only increasingly funds “trauma informed services” but once someone gets into the system, that trauma, she said, “it’s stricken, it’s not allowed to be presented.”

Dillon noted that not only do they get to the points where “I would rather get the abuser out of the way and get me out of the way in order for my children to live and in order for them to feel safe,” she said. “Because we’re also prosecuted by the court, the children’s court services for being unable to protect, failure to protect (our children).” 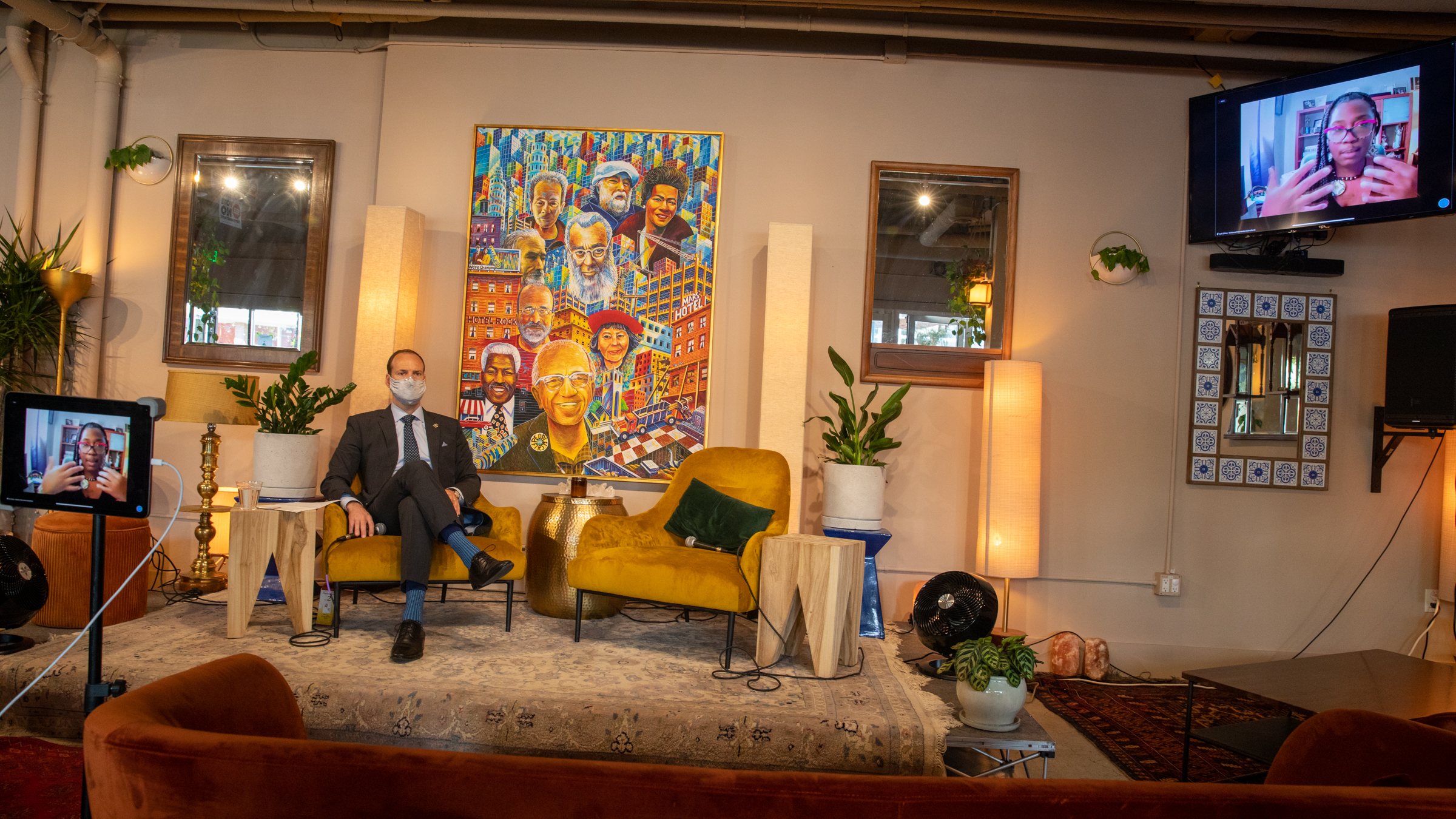 Chesa Boudin also noted “the kind of pervasive racial bias that exists among survivors who are criminalized.”

One study, he cited, found that “Black women are more than twice as likely to be convicted for killing their abusive partners than are white women.”

Similarly, he said, “Black women are three times more likely to die at the hands of their client or ex partner then on non-Black women. “

Aminah Elster added, “We have a racial justice act, which was passed last year.. The goal of that act is to root out racism in our courtroom.”

Lee agreed, “The plight of survivors has been overlooked in our criminal legal system.”

One case, she said, has stayed with her for 20 years now, one of the first domestic violence cases that she worked on—Rosario Munoz, an immigrant from Mexico was convicted of second degree murder.

Lee learned that she was battered and abused for many years before the incident, she was raped by her abuser, held at gun point in front her children, twice fled to a shelter and was turned away because was undocumented.

She was finally released on parole after 14 years and immediately taken into then-INS custody and deported.

“In the past 20 years I think about Rosario often and how she was treated so cruelly by our system even after she was granted parole,” she said.

For many victims who are Asian and Latino, they are often relying on their partners for their immigration status.

“There are countless stories of Asian women who call for help only to have the police arrive and speak with the only person who can speak English at the scene, who is often the abuser. They accept that version of what happened and the victim is arrested,” she said.

They will often then issue a protective order keeping the women away from their children.

Chesa Boudin pointed out that they have in their office a policy to make victim services available, regardless of whether the victim is cooperating with the prosecution.

Kasi Lee pointed out that this is an important policy, otherwise “we would be excluding a lot of victims who need support.”

But also there are other reasons as well.

“Trauma manifests itself in different ways,” Lee said. “Just because a victim isn’t acting like a helpless victim, doesn’t mean that that person is not a true victim of domestic violence.”

Pauletta Perez is a domestic gun violence survivor. Boudin pointed out that the level of violence she survived was particularly horrific and it stands out from a lot of cases his office prosecutes.

“in January, 2010, my husband decided that it was a good day to shoot me,” she said and explained how he shot her four times in the head and one time in the arm. No one had called the police when they heard the shots. “That’s not wanting to be involved with what’s going on with your neighbor.”

She was sitting outside and asked the police if she could get her health care card.

At some point at the hospital, they brought her to an office, allowed her to discharge and gave her some bus tokens and wished her well. And there she was, at a bus stop, no identification or anything.

She had to beg a local motel owner to let her stay at the hotel.

Her husband ended up in a standoff with police.

“My husband committed suicide later that day after he shot me,” she said. “I guess he was a little worn out from the standoff situation.”

She said, “Everything that happened afterward was directed to me—I needed to heal.”

Pamela Tate is director at Black Women Revolt Against Domestic Violence and spoke about some of the barriers that Black survivors face in San Francisco.

She said it starts with community response and lack thereof, and responses by the police, the first line of defense.

What she noted in particular was “basically how they’re treated when the police do respond to them.”

Blacks, she said, endure the victimizing of the victim.

“Sometimes they get arrested because they fought back,” she said. “People are arrested by accidentally harming someone or killing someone as they are defending themselves and trying to preserve their own lives.”

Years later, something else comes up with CPS and they may connect the two cases.

This is a problem because often these victims are financially dependent on the abuser, who is the primary breadwinner.

“So now they’re being penalized for staying and putting their children at risk by staying, but they can also leave, but then also be homeless,” she said. “So isn’t that putting our child at risk as well? It’s like a Catch-22. “