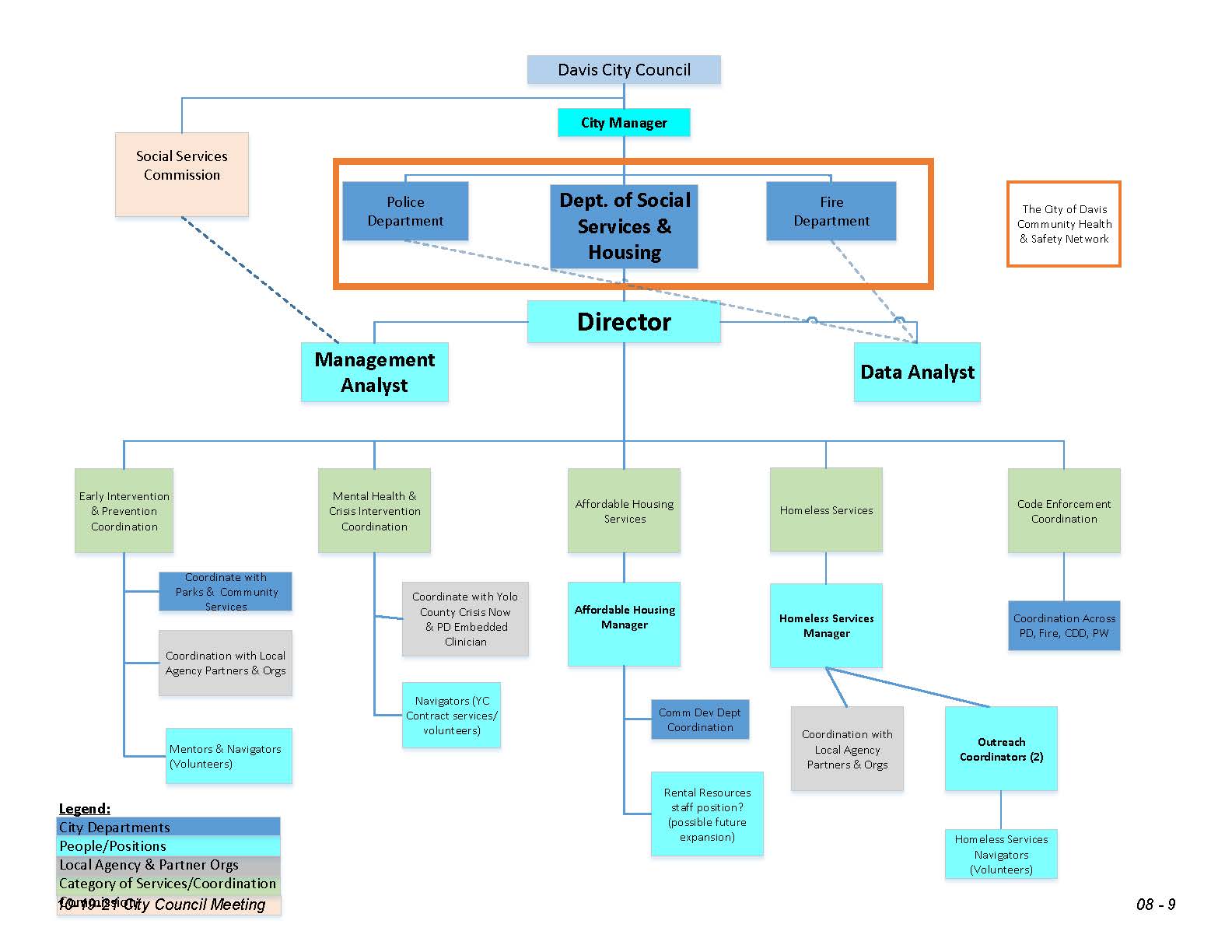 Davis, CA – In the end the city council not only unanimously passed the city’s police reorganization plan, but did so without anything that resembled opposition—no emails, no public comments, no dissent.

“Today I am looking back on almost 50 years of listening to activists question community power structures, and asking how to rebalance those structures to lift the most vulnerable out of poverty and incarceration,” Mayor Gloria Partida said.

“I am incredibly proud to today to be at this end of it,” she said.  She was especially grateful to the staff “who understood that what we needed was how to get to ‘yes’ and made that happen.”

She noted that included the police department.

“Our community continues to reaffirm that we are a city that will not accept the status quo when it comes to standing up for what is right,” she added.  “There are many councils that would have found this too much of a reach.”

To that, the council on Tuesday added the renter resources.

The proposed new department would have seven full time positions and come at a cost of roughly $434,000 in et new recurring costs. In the current budget process, the council reserved about $790,000 in funds from the city’s American Rescue Plan Act allocation.

Positions would include three positions that are net new costs—Department Director, Affordable Housing Manager and Homeless Services Manager, which transitions from the current Police Services Specialist. They will also add positions with no new costs: Homeless Outreach Coordinator, Data Analyst and Management Analyst.

Three commissions—Social Services, Police Accountability, and Human Relations—provided the original report and recommendations for reimagining public safety to the city council in December 2020.

The group met over the course of several months and ultimately made nine recommendations to council.

In addition, a council subcommittee evaluated the Crisis Now model and, in September, the council voted to allocate $1.17 million to partner with Yolo County on the Crisis Now effort.

A separate subcommittee met to determine whether and which city services currently assigned to the police department should be assigned to other departments.

“They didn’t want to call the police department,” he said.  “This provides this space space (and) has the ability to impact so many people’s lives.”

Both Will Arnold and Lucas Frerichs noted the ongoing nature of this work.

“Whether it’s the formation of the police accountability commission, enhanced role of the Independent Police Auditor, we recognized though that there was a need to do more—especially after the issues, last year, deaths and murder of George Floyd, Brianna Taylor and others,” said Vice Mayor Lucas Frerichs.

“I do appreciate the the references that were made to some of the work that we’ve done, that this body has done in various iterations over the years,” Councilmember Will Arnold said.  “Very progressive police reforms including the independent police auditor position, developing the alternative dispute resolution process, use of restorative justice practices, the surveillance technology ordinance that was based on ACLU model language, the surveillance, or the body camera video release policies that we took up a renewal of recently.

Dan Carson, while praising the efforts on policing, pointed out that this effort goes beyond that.

“Some of the things that we accomplish here go far beyond the police reform issue, but I think are clearly helpful there too,” Dan Carson said, noting that many of the upgrades could help make progress on issues like affordable housing.

Will Arnold added, “Our record as a body is quite robust when it comes to addressing police reform and addressing how best to provide community safety to the citizens we represent.”