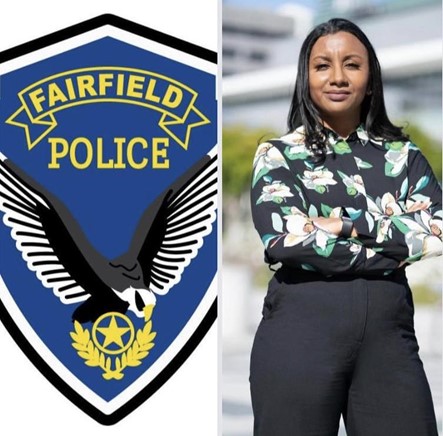 An employee with the Fairfield police department announced her lawsuit against the department at a press conference claiming discrimination and retaliation against her because of her race, religion and sex on Tuesday.

Mary Ann Dawkins-Padigela made internal complaints to the City of Fairfield Human Resources and received her right to sue from the Department of Fair Employment and Housing on August 6, 2020.

She also alleges being harassed for raising these complaints to the chain of command.

“This has got to stop. I want justice,” Padigelan said.

The lawsuit also filed a Civil Rights/Human Rights complaint with the Tri-City NAACP the previous month, who expressed concerns regarding the department’s lack of response to Padigela’s complaint and other racial injustices within the work environment, stated in

“How can African Americans trust the Fairfield Police Department to protect and serve them and other minorities with these types of allegations?” Johnicon George, Tri-City NAACP President asked

“My lawsuit is not only seeking change for myself, but for all black and brown officers and employees that work for this department.” Padigela said.

Padigela alleges she has been subjected to an abusive work environment that included unsolicited and uncomfortable religious discussions from Sgt. Brett Morris, who disregarded her Hindu religion.

When Padigela reported as required to the Fairfield Police Department, she was met with retaliation and lack of action from Morris and Lt. Jausiah Jacobson.

Both officers remain in their supervisory positions at the same rank and have not been off duty.

“The lawsuit is a request for change,” Wendy Musell, attorney for Ms. Padigela said.

The effect of this lawsuit goes outside of the police department, causing the community to have less trust with police, according to Musell.

“If you cannot keep women who work with police safe, how can you keep any women safe,” Musell said.

Pastor Sam Morris said the community is praying that the complaints made by Ms. Padigela will be treated with fairness.

“We call on the Fairfield Police Department to take a long look within and be ready to make the changes that are necessary,” Morris said.