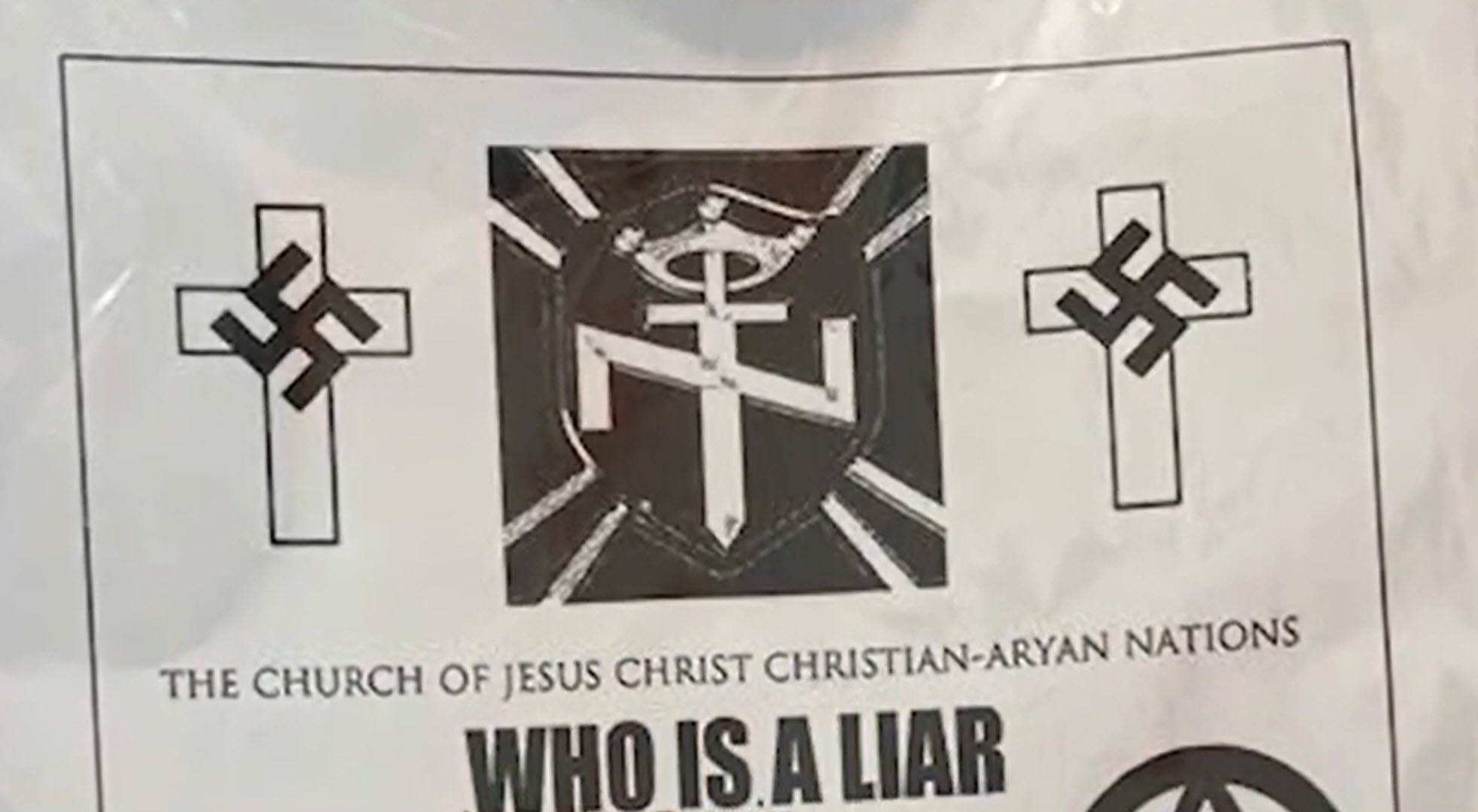 SACRAMENTO, CA – Numerous residents in a Carmichael neighborhood Wednesday reported they opened their front doors to find a suspicious Ziploc plastic bag on the ground,  with contents that include uncooked white rice grains, and a flyer with swastikas, the Aryan nation symbol, and racist and homophobic messages.

Pete Kraus, who received one such bag, told KCRA3 News that the messages include statements that claimed “Jews being the Satan and … homosexuals being the root of all evil.”

Another household targeted managed to catch the perpetrator in action. Kyung and Kil Cho’s doorbell camera captured an individual in all black and a face mask walking up and tossing the bag onto the couple’s doorstep.

Seventy-year-old Kil Cho commented that Asians have been blamed for the virus since the COVID-19 outbreak and thus is “scared to keep” the plastic bag that holds blatant messages of racist hate.

The couple also commented on the white rice, reckoning that it may be because they are Asians who have typically been stereotyped as

Others project that it may be because the perpetrators wanted to emphasize the “white” nation while some claim it may have been to just hold the plastic bag down.

Another similar incident occurred later in the day from Deterding Elementary School in Carmichael.

The school’s principal Melanie Allen released a statement that these plastic bags have also made their way into the school’s playground. She further stated that they were fortunately found by a staff member before school had started.

She affirmed that to their knowledge, “no students saw the bags or their contents.”

The incidents are now under investigation by the Sacramento County Sheriff’s Department, which said it recognizes the incidents are disruptive to the residents of the Carmichael neighborhood. The Sheriff said more than 10 residents found rice bags in their front door.

The Sheriff’s Office stated that “no suspect or further information is available at this time.”

Special Agent Sean Ragan from the FBI office in Sacramento announced a local awareness campaign against hate crime. He stated that these crimes “deserve response and action.”

Agent Ragan affirmed that “No member of our community, regardless of background or immigration status, should be victimized by bias-motivated threats of violence.”

There is no suspect or more details at this time.

Share:
Tags:hate crimeWhite Supremacy
Previous : The Graying of Massachusetts State Prison Population: The Case for Releasing Elderly Prisoners
Next : Bill That Will Drastically Change How Gang Charges Work Signed into Law by Governor