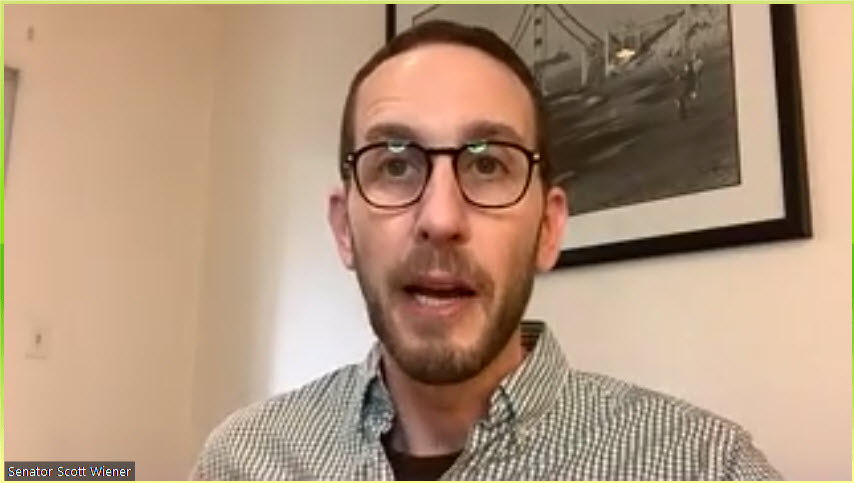 San Francisco, CA – If you thought ending mandatory minimums and giving the discretion of sentencing back to judges in cases of non-violent drug offenses was a no-brainer and would sail through the legislature, you would have greatly misread, sorely misread, the political landscape.

SB 73, authored by Senator Scott Wiener did get passed and signed into law this week by Governor Newsom.  But this was the fourth attempt at getting it through the legislature, and it passed narrowly.

“Our prisons and jails are filled with people—particularly from communities of color—who have committed low-level, nonviolent drug offenses and who would be much better served by non-carceral options like probation, rehabilitation and treatment,” said Senator Wiener. “The racist, failed War on Drugs has helped build our system of mass incarceration, and we must dismantle and end its vestiges, which are still in place today. War on Drugs policies are ineffective, inhumane and expensive.”

According to information provided by Senator Wiener’s office, California adopted mandatory minimum sentences for nonviolent drug crimes during the height of the War on Drugs.  Proponents of the

In addition, “The War on Drugs has since been widely acknowledged as a racist policy failure—costing huge amounts of money while tearing apart communities and not making us safer.”

The problem with current laws, they argue, is, “Current mandatory minimum sentencing requirements deny judges discretion to order probation for nonviolent drug offenses, and sends more people to prison and keeps them in jail or prison longer.”

Under current law, Iif a person has a prior nonviolent drug offense and is convicted of a second offense for drug possession for personal use or similar crime, a judge is prohibited from sentencing them to probation. Judges are also prohibited from sentencing first-time offenders for a number of nonviolent drug charges to probation. SB 73 would give judges sentencing discretion, allowing them to sentence those convicted of these offenses to probation and rehabilitative programs rather than jail time, if appropriate.”

“California pioneered mass incarceration, and we know that mass incarceration is largely driven by people incarcerated for drug offenses,” Senator Wiener told the Vanguard in a phone interview on Thursday.  “It’s actually shocking that California still has, on the books, mandatory minimum jail sentences for non-violent drug offenses.  So as we move towards a more rational criminal justice system, it doesn’t make sense to have these mandated prison sentences for non-violent drug offenses.”

The legislation was a tough sell, however, because of “intense law enforcement opposition.

“It was a big fight,” Senator Wiener said.

Like most things in the criminal justice system, mandatory sentencing disproportionately impacts people of color.

“Everything about the drug laws disproportionately impacts people of color,” Senator Wiener said.

Assemblymember Wendy Carrillo, who introduced a previous version of this bill, said last June, “This legislation is important especially as we address issues of institutionalized systemic racism that plagues our communities.”

She noted that, under the current law, judges are prohibited from evaluating all of the circumstances and applying their own discretion in sentencing.  Instead, judges are forced to incarcerate people who would better be treated and evaluated in their own community.

“These minimums disproportionately impact and affect minority communities,” she said.  “Every year mass incarceration impacts our families across our state and consumes billions that California should be investing in education, health and mental health programs.”

“Mandatory minimums have been a tremendous power grab by district attorneys from judges,” he said.  “(The) power has been abused—it has led to spiraling incarceration, it’s led to disproportionate sentencing for people of color.”

At the same time, Boudin said, “The war on drugs has continued to cost the state of California over $47 billion a year even though we know it is a failure—it does not work.”

He noted that a lot of the amount that people go to prison for “are really tiny amounts that are being sold.”

For Senator Wiener, he knows this won’t fix all of the problems, but he called it “a very big deal.

“This is a big step in terms of sentencing reform and it came out of the recommendation of the penal code review commission, so it’s been a big priority in terms of sentencing reform for awhile,” he said.  “Mandatory minimums are a major driver of mass incarceration in California and around the country. We hope that this encourages other states and the federal government to move away from these mandatory minimum sentences for nonviolent drug offenses.”