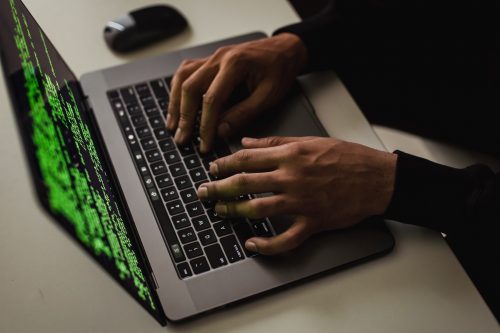 DAVIS — When the WannaCry ransomware attack occurred in 2017, it developed into worldwide chaos which affected 200,000 computers and resulted in various organizations being forced to shut down, including 40% of healthcare organizations. At the end of this attack, about $4 billion dollars of damage had been done. Ironically, the virus included a killswitch which prevented further damage to older Windows computers. Emergency updates were sent out by Microsoft, but the virus had already made its impact. Eventually, this virus faded into history. However, I believe the underlying ignorance by which these problems occur has resurfaced in a similar and more impactful event: the October 4th Facebook service outage.

Even though the Facebook service outage was not malicious like the WannaCry ransomware attack, it demonstrated an outstanding dependence on internet services which demonstrate the increased potential for hackers to create another ransomware virus. Based on an online article from MSN, there was a 14% (2.98 million) viewership increase for Netflix during the Facebook outage. This demonstrates the intermingling system we depend on which, at any time, could collapse like it did for the Colonial Pipeline by ransomware group REvil.

Occurring last year, the REvil ransomware attack directly influenced last year’s gas shortages throughout the U.S. East Coast. Unlike the outcome seen in the WannaCry ransomware attack, REvil did not escape from consequences. As of Oct. 22, 2021, they were targeted by a multi-country operation which shut down REvil servers. This coordinated attack only targeted the REvil hacking group due to their increasing internet footprint as of July 3, 2021, when they targeted a technology management software company known as Kaseya. If the hacking group continued to impair crucial organization systems, then the consequences could be immense. While it is an exaggeration, imagine if this group began taking down actual government infrastructure?

Even with attacks and counterattacks, in my opinion, there will always be an underlying blissful ignorance that will allow these attacks to perpetuate. If 1.26% of worldwide computers are still running Windows XP, a 19-year-old operating system, imagine the percentage of individuals who will remain on current operating systems in the future. Currently, world governments are able to take down one of the most dangerous hacking groups, but it will not prevent the rise of others who will prioritize operating system backdoors to slowly dismantle our current internet ecosystem.

Ironically, these backdoors are usually created for device access by government organizations. This was seen with the 2017 leak of EternalBlue – a computer exploit which allowed unauthorized code to be used and sent out to computers on the same server. A few months later, the WannaCry virus began dismantling hospitals and businesses.

This type of backdoor has created a perilous online ecosystem which, while focused on privacy and protection, can easily lead to shutdowns for a few minutes or forever. If this ever occurs, I believe no government will be able to control the chaos created from massive internet outages worldwide.