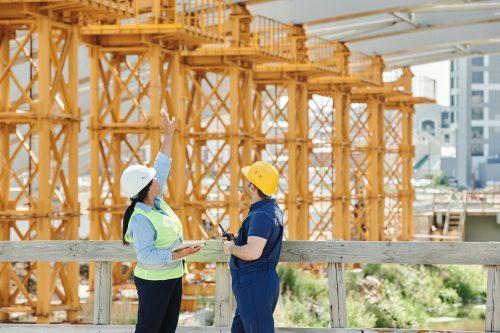 DAVIS —— There’s a reason why UC Davis students refer to this acronym as Under Construction Davis; because there sure is a lot of construction.

There may even be too much of it. A significant amount of the central UC Davis campus is under construction. This will have negative effects on new UC Davis students and prospective students, partially due to them not being able to recognize the campus, and also because of all the noise that comes with it.

In a recent projects list released by the university, a total of 28 construction projects that have been planned, approved, or are currently being constructed from 2020-2021.

In comparison, UC Irvine has had only a handful of projects in the same amount of time, one of them being a big medical center.

At this very moment, I can name at least five areas in the central campus where there has been construction: South of the Student Cultural Center (SCC), North of the Grove (Surge 3), East quad, South of Shields library, and south of the Silo market. And these are just the projects I know about in the center of campus, as I’m sure there are more on the outskirts of it as well.

This inconvenience has likely caused new students (still unfamiliar with the massive campus) to take more time than usual reaching their classes using detours. Undoubtedly, some may have gotten lost in the process. Not to mention that prospective students interested in U.C Davis may have an incomplete picture of the campus due to the amount of construction it undergoes on a regular basis.

It’s also important to mention that these construction projects are very noisy.

I can’t explain how many times I’ve been studying peacefully behind the Silo Market only to be interrupted by the beeping of a reversing excavator, or listening to a lecture in class to be distracted by the pounding of a jackhammer.

As UC Davis unveils new renovations to Walker Hall, it brings me joy that the university continues to improve and innovate. Perhaps, however, it should pick its renovations in a way and a more suitable time in which it won’t interfere with incoming and prospective student’s experiences and views of the campus.

Share:
Previous : Commentary: The City Is Still in Fiscal Peril, but It Can Make Changes to Public Safety Fairly Easily
Next : Witnesses Describe Alleged Gang Stabbing on State Street

One thought on “Student Opinion: Too Much Construction at U.C Davis”