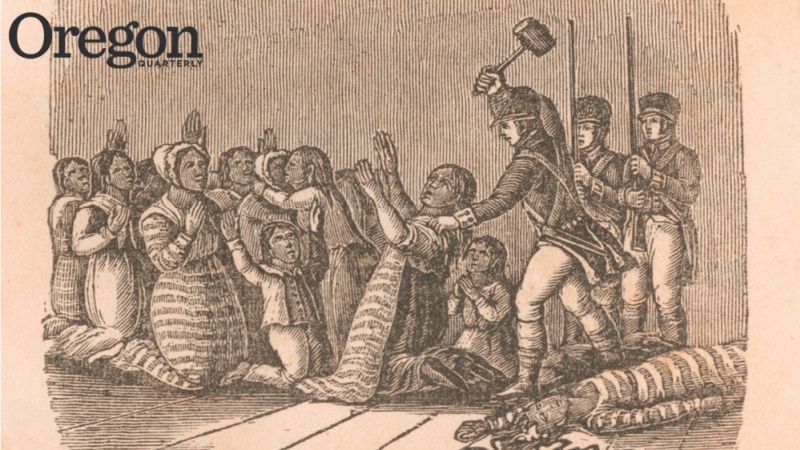 EUGENE, OR – The Beekman Professor of Northwest and Pacific History at the University of Oregon, Jeffrey Ostler, has been researching and teaching for more than three decades about the legacy of the American frontier.

Focusing on the conflict that erupted between the U.S. government and Native Americans, Ostler simply states, “it was a genocidal war.”

Published in 2019, Ostler is the author of Surviving Genocide: Native Nations and the United States from the American Revolution to Bleeding Kansas, which documents the suffering Native Americans faced due to the U.S. expansion.

The book’s intention is to take a candid look at the history of the Native and Colonial conflict, drawing from a number of written and recorded sources such as treaties, military documents, and statements from the survivors.

His conclusion is that the conflicts ultimately served a genocidal purpose, and that subsidiary goals were created to disguise this.

Ostler describes that the U.S. used the term “civilization” to hide its true “murderous intentions” by presenting it as a necessary gift, but used “defending civilization” later as a rationale to kill.

Although the U.S. tried to mask its true intentions, Ostler used the concept of “Indigenous awareness of genocide” to state that “the oratory of resistance leaders like Tecumseh [showed] they recognized that whites intended to kill them and steal their lands.”

In the book, Ostler talks about “the utter extirpation of the Cherokee Nation” which occurred when the U.S. proposed a treaty where the Cherokee would sell about 20 million acres of land. When tensions arose, the U.S. colonial troops used force against the Cherokee after they sided with Britain.

Though the book traces the path of genocide, the part that Ostler wished to emphasize is the genocide’s ultimate failure.

Through a combination of grit, cultural endurance, and physical determination, a few tribes in the East have retained pieces of their ancestral land, Ostler said.

One such group is the Potawatomi of Michigan.

Ostler writes that most of the Potawatomis were being pushed out further west, but the leader of the tribe’s Catholic converts, Leopold Pokagon, was able to negotiate an agreement by support of a Michigan Supreme Court justice, Epaphroditus Ransom, to allow his people to live on their homeland.

Hence, Ostler stated that “surviving” was the most important word in the book title.

Ostler plans to use his fellowship provided by President Michael Shill of the University of Oregon to begin work on a second volume, though there is no timeline yet for its completion.

This installment will focus on the Native lands west of the Mississippi River, though he has a personal desire to begin working on the history of his own Pacific Northwest.

His reasoning for this project is uncomplicated: “Wherever we live in America, I believe (we are) well served to learn the history of the land’s original inhabitants, and to acknowledge the extremes of violence in our own history by calling it what it was: genocide.”

Samuel is an incoming senior at UC Davis with a major in English. He is originally from Roseville, CA.