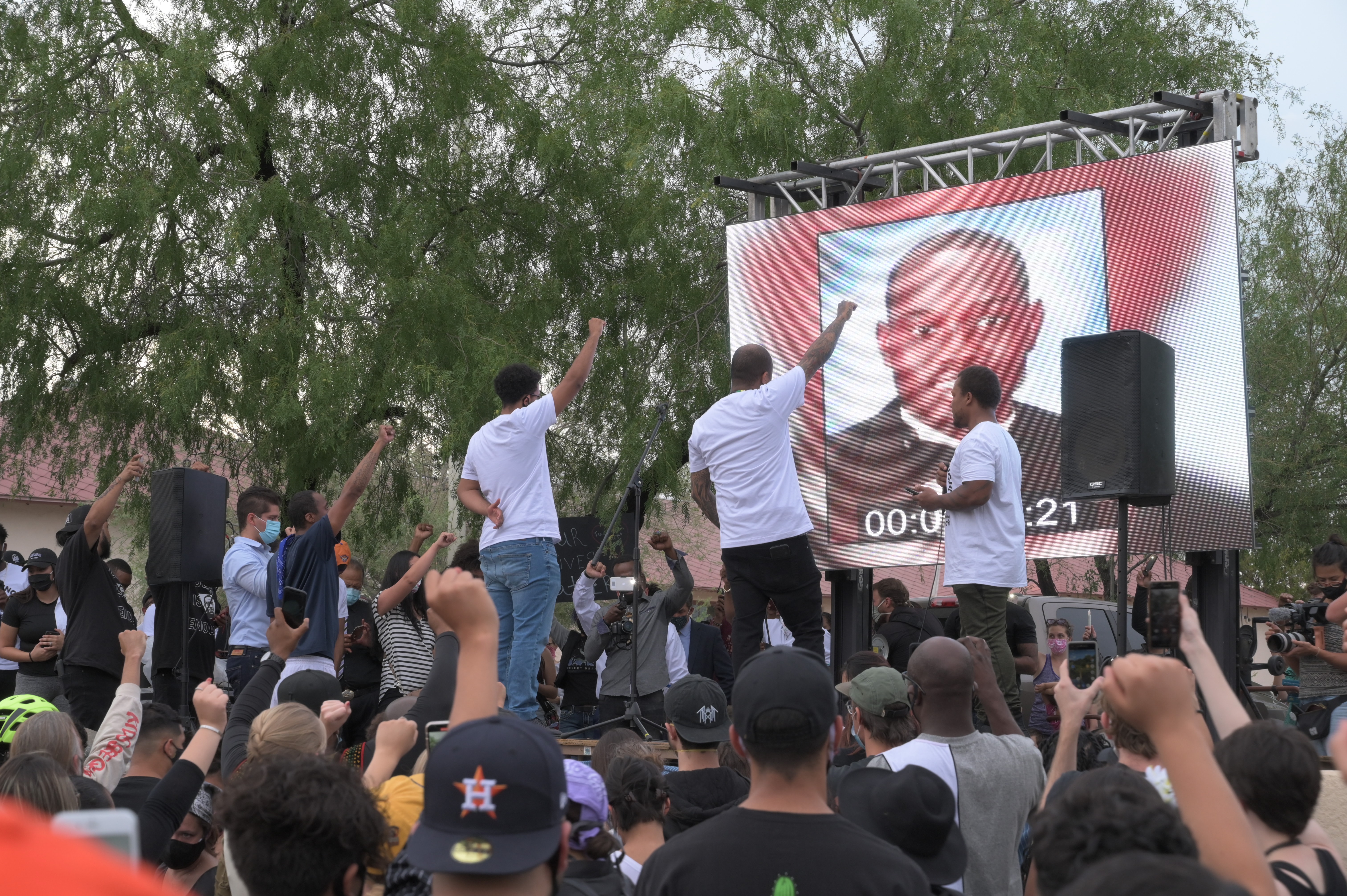 On Tuesday, prosecutor Linda Dunikoski gave her closing rebuttal in Glynn County, Georgia, dismantling the defendants’ claims to citizen’s arrest for the shooting and killing of Ahmaud Arbery, apparently convincing the jury to go with Wednesday’s announcement of guilty.

“If you’re gonna take the law in your own hands, you better know what the law is,” Dunikoski stated.

In their closing statements, defense counsel pointed toward Ahmad Arbery’s actions prior to his death—including his criminal trespassing into a construction site at 220 Satilla Drive back in Oct. 2019 and Feb. 2020, which drew suspicion for burglary.

They claimed Arbery’s noncompliance with the defendants’ questioning the day of the incident escalated their mere investigation into a fatal altercation.

But Dunikoski cautioned the jury—which, again, Wednesday found all defendants guilty—not to be disillusioned by the defendants’ narratives, exposing several inconsistencies and missing information from the defense assertions.

According to Georgia law, a citizen’s arrest is only permitted if the crime was committed to their immediate knowledge, implying the crime had been done in their presence. Greg McMichael, Trevor McMichael, or William Bryan did not witness Arbery commit any crime that day, said the prosecution.

Rather, their suspicions toward Arbery were based upon the neighborhood’s heightened anxiety since items were stolen from Larry English’s boat, and after watching video footage of Arbery’s trespassing into the 220 site, said Dunikoski.

But under the law of citizens’ arrest, a private person may not act on the unsupported statements of others alone. Immediate knowledge cannot be stale information from unreliable sources, like gossip.

Even English stated he wasn’t sure when, where, or who stole his items. He admitted to several possible suspects aside from Arbery—contractors, children, and a group of teenagers he spotted in Douglas, GA, where English resided.

According to Dunikoski’s interpretation of the law, a warrantless arrest must occur immediately after perpetration of the offense or, in the case of felonies, during escape. However, video footage never displayed any evidence of burglary, only criminal trespassing, a misdemeanor.

The defense claimed Dunikoski misstated the citizen’s arrest law, leading to some disagreement over the acceptable length of time between the supposed felony and their escape. The defense’s motion for mistrial was ultimately denied.

Dunikoski argued the defendants had no right to command Arbery to stop on Feb. 23, 2020. In fact, she maintained it was Arbery’s right to disobey.

“Under the Constitution of the United States he didn’t have to do anything except walk away, in this case he ran away, and they chased him,” she stated. “What right did they have to go and demand a fellow citizen to stop and talk to them? To use pickup trucks to cut him off and force him to be detained? None whatsoever.”

Dunikoski pointed toward numerous instances of aggravated assault with a shotgun, as well as aggravated assault and false imprisonment with pickup trucks. She described the defendant’s efforts as synchronous—barricading Arbery from running down Satilla Drive and out of Satilla Shores, redirecting him up Holmes Street, and forcing him into a ditch.

“He was trapped like a rat,” said Gregory McMichael during his statement to the police.

Dunikoski criticized the defendant’s claims to self-defense, arguing the right is rendered null due to their instigation and further provocation. Self-defense required reasonable belief deadly force was necessary. She argued that danger did not feel imminent for these men.

“He’s not afraid,” Dunikoski stated. “He moved towards Mr. Arbery with a gun. You gotta act out of fear, you can’t be acting out of anger that this guy won’t stop and talk to you and obey your commands.”

Rather than consider safer alternatives like calling the police and staying home, the defendants decided to arm themselves, pursue Arbery with their trucks, and confront him. Their decision to engage despite numerous alternatives available to them suggest the use of excessive force.

Furthermore, Dunikoski noted how numerous essential details were not present in the defendants’ statements to the police, generating inconsistencies with the defense’s claims.

No one mentioned Arbery being armed, despite the defense suggesting it as a possibility in court. There was also no mention of a citizen’s arrest, or of English’s stolen items the day of the incident, prosecutors said.

Greg McMichael stated “the whole thing started when I saw this guy running down the street.” He did not know Mr. Arbery had been inside 220. He had only seen him running…“He assumed the worst,” Dunikoski told the jury.

Moreover, Dunikoski noted that when questioned if Arbery had broken into a house that day, Greg McMichael stated that he “did not know,” and that he assumed Arbery was fleeing from something he had done, therefore suggesting to him that he could have broken into a house.

Dunikoski also addressed the claim of Travis McMichael speaking in a non-aggressive manner toward Arbery, and questioned if police officers yell or speak softly when giving commands.

“..is the same Travis McMichael on the 23rd? Do you think this is the same person? Or is this trial preparation?” Dunikoski questioned.

She also went on to point out the contradictory claims of the defendant in telling the police that he got out of the car and yelled at Arbery to stop, but now states that this did not happen.

Prosecutor Dunikoski argued that all parties involved were responsible for the crime; furthermore, she expressed that three people, in a truck with guns, chasing an unarmed man was a violation of personal liberty.

“Under the law in Georgia, it’s as if they were all holding the gun together,” Dunikoski stated.

Dunikoski also addressed the defense’s argument remarking Arbery’s khaki shorts and long socks to cover his toenails, pointing out its irrelevance and how his baggy pants could not have hidden a gun.

In the end, Dunikoski’s closing argument must have persuaded the jurors—they found all defendants guilty Wednesday.