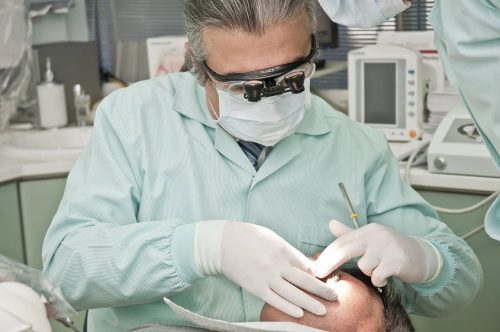 BERKELEY — $10,000—this is the amount of money that Daniela Medina had to pay to repair years of inadequate dental treatment that she received while incarcerated.

For Medina, a UC Berkeley alumna and the Assistant Director of the Berkeley Underground Scholars (a program supporting incarcerated and formerly incarcerated individuals in their pursuits of higher education), the costs of dental treatment after her release served as a reminder of the trauma she experienced as a dental patient in county jail and at Valley State Prison in Chowchilla.

“My first experience there was one of my friends said she had just came from the dentist and they told her they had to pull one tooth, and they pulled the wrong one. So I guess they pulled the one next to the one that they were supposed to pull…That was my first experience there hearing about the dental, so I wasn’t happy to be seeing them [the dentists].”

Unfortunately, Medina and her friend’s experiences of dental negligence are shared by currently and formerly incarcerated folks across the country. Perhaps the most widely cited instance of negligence is the inclination of dentists in prisons and jails to pull teeth rather than repair them with more expensive, reparative procedures.

Medina too recalls experiencing this when she found herself in need of a root canal. “There’s not even an option to get a root canal…They make it very clear that you can only get your tooth pulled.”

While the Federal Bureau of Prisons does not at this time explicitly prohibit root canals, the treatment is classified as “non-urgent dental care,” and may therefore take up to a year to be completed. Incarcerated folks are therefore often forced to pick their poison—wait months for the root canal and risk further pain, or opt for the tooth to be pulled immediately.

Even those who are willing to wait for treatment are often prevented from doing so, as the California Department of Corrections and Rehabilitation (CDCR) restricts those with a plaque index score above 20% to only emergency, urgent, interceptive, or special needs care.

“I got all my teeth pulled out except for like 5 or something,” said  Carlin, another formerly-incarcerated UC Berkeley student who says he had been in and out of prison since the late 1950s. He further explained the implications of this, sharing that “It shapes your face and stuff, how you speak. Now I have a little lisp because I don’t have all my teeth.”

Carlin added that “Things accumulate in prison. You lose one tooth, after a while, you just don’t care. It’s like, oh jeez, why would I brush my teeth and floss my teeth if I only got 6 teeth in my mouth, you know?”

The sense of hopelessness and discouragement described by Carlin is exacerbated by the fact that for those individuals who wish to maintain a dental hygiene regimen, doing so is often infeasible.

Medina described how “They’re like, ‘you have to floss every day,’ [but] we don’t have dental floss. So, there’s that, you know.” In fact, many prison systems do not allow for the incarcerated to have regular dental floss due to fears that it can be used as a weapon. In California, the state instead approves Floss Loops, which are designed to break easily and prevent the floss from being used for other purposes.

Carlin expressed a similar experience, sharing that “They [prisons] don’t provide you with a toothbrush or toothpaste, you have to buy it in the commissary. So, it might be an item that some people just forgo.” While Carlin was fortunate enough to have a job in the prison that afforded him the ability to purchase toothpaste, he explained that other incarcerated folks may not be able to because they are only getting paid a couple of cents per hour. In California, the minimum wage for prison jobs is a mere 8 cents per hour.

Prior to 2020, the meager payment that incarcerated individuals received for their labor also made it extremely difficult to afford the copays of dental treatment. Fortunately, this burden was lifted with the passage of Assembly Bill 45, which prohibits all medical copays at California jails and prisons.

Yet even without this financial burden, formerly incarcerated folks continue to feel the effects of their dental treatment (or lack thereof) long after their release. Some commonly shared sentiments amongst the formerly incarcerated include the shame and stigma associated with explaining one’s incarceration to a dentist, as well as feelings of anxiety stemming from mistreatment by dentists in the past.

Describing a prior experience in which a dentist at the prison had cut her face with the suction tool, Medina reflected on how “At the dentist, when somebody’s dealing with your mouth and sharp objects and things, you’re already nervous and you want to feel at ease with somebody doing any type of procedure in your mouth. [The dentists in prisons are] very rough and just like very careless.”

She added that upon her release, she was shocked to have a dental experience in which the dentists were gentle and explained their procedures thoroughly to her. Yet Medina also wishes that she had been aware of any organizations or individuals that specialized in connecting formerly incarcerated individuals to dental care.

In reference to dental treatment for the formerly incarcerated, Medina explained that “I never even heard that people were helping with this. It was like a major setback for me coming home. It was so stressful, for me like, going through this process. Just because I was like ‘Oh my God, this just never ends,’ you know? Like even when you’re home it’s just like ongoing, it’s one thing after the other, and this was just one other thing that I was dealing with that still had to do with my incarceration.”

11 thoughts on “A Tooth for a Tooth: The Effects of Poor Dental Care in California State Prisons”