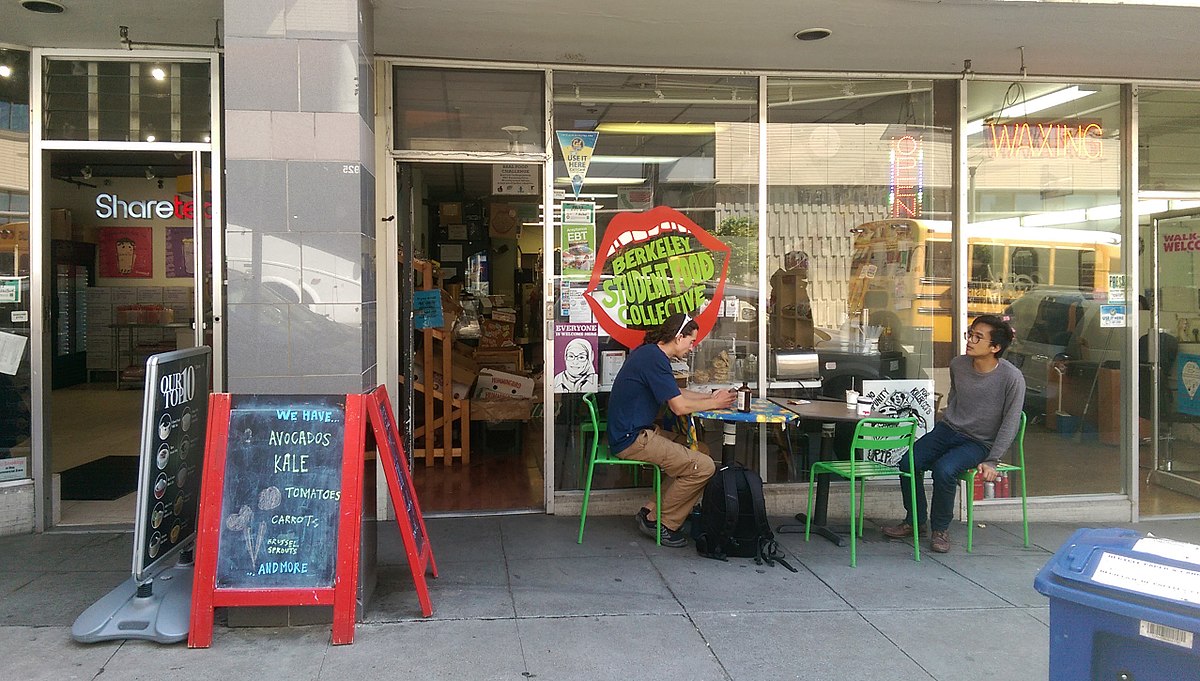 BERKELEY– The Berkeley Student Food Collective has reopened after over a year long pause in operations due to COVID-19. The collective offers affordable high quality produce and other food products to the Berkeley community.

While UCLA has a Taco Bell, Carl’s Jr, and a Panda Express just in their student union building, UC Berkeley has nothing of the sort. And Berkeley’s distinctiveness is no accident. It is the result of a decades-long struggle to protect local restaurants and producers from being crushed by multinational corporations.

In the words of Jesse Clements, a student staff member at the collective who has served as educational coordinator and the chair of the student board, “the collective has always been an educational nonprofit and a grocery store.”

During the COVID-19 pandemic, the collective focused on educating the community about food systems. They have hosted panels open to the public and created educational material for distribution on social media. The collective works to provide “out of the classroom education to reach out to people about important issues,” Clements stated.

Initial organizing efforts that would serve as the precursor to the collective began in 2008 when the University administration announced that they were negotiating with Panda Express to open a location on the Berkeley campus. Students protested, fearing the plan would displace local restaurants and prevent students from having control of the food system in Berkeley. In 2010, the Berkeley Student Food Collective opened its doors.

The collective’s grocery store usually has much lower prices than its competitors because they have a committed network of volunteers and sell their products without trying to turn a profit.

Collective members get a 10% discount on all items. Members are required to work one shift per week in the grocery store.

In addition to dry goods and other traditional grocery store items, the staff at the collective turn produce that is close to its expiration date and/or visually unappealing but totally safe to eat into affordable meals. These meals can be purchased on a sliding scale ($1-$5), where each member of the community pays what they can afford.

Moreover, the collective doesn’t function like other groups on campus. While many organizations at Berkeley require a lengthy application process and intense interviews, the collective has less of a competitive atmosphere. The goal is in the name: to work as a collective, collaboratively, toward a common goal.

As Clements puts it, “the food collective is really intent on building community.” Collective members work to improve food systems in Berkeley and provide affordable food items to community members.

Clements encourages students to remember that “the collective was born out of direct student organizing.” Much of the work the food collective does strives to increase awareness about the struggles for food justice. The collective does phone banking to support the campaign for the university to end its contract with Pepsi-Co and organizes events to generate political awareness in the Berkeley area.

The Berkeley Student Food Collective plans to host a solidarity event to support the unionization efforts of Hello Fresh factory workers. Hello Fresh, a company that sells meal kits, saw an uptick in production during the COVID-19 pandemic. However, many workers for the company felt workplace safety issues are not being addressed properly by company management.

During the run-up to the union election in November, workers reportedly faced intimidation efforts from Hello Fresh management. The collective is holding the events to show workers that students at Berkeley support workers’ right to unionize.

Through the challenges of the pandemic and beyond, the Berkeley Student Food Collective has continued their mission of promoting food justice in Berkeley.

Jack Galloway is a writer for The Vanguard's Social Justice news desk. He is from Sacramento, California and is currently studying Environmental Economics and Policy at UC Berkeley.