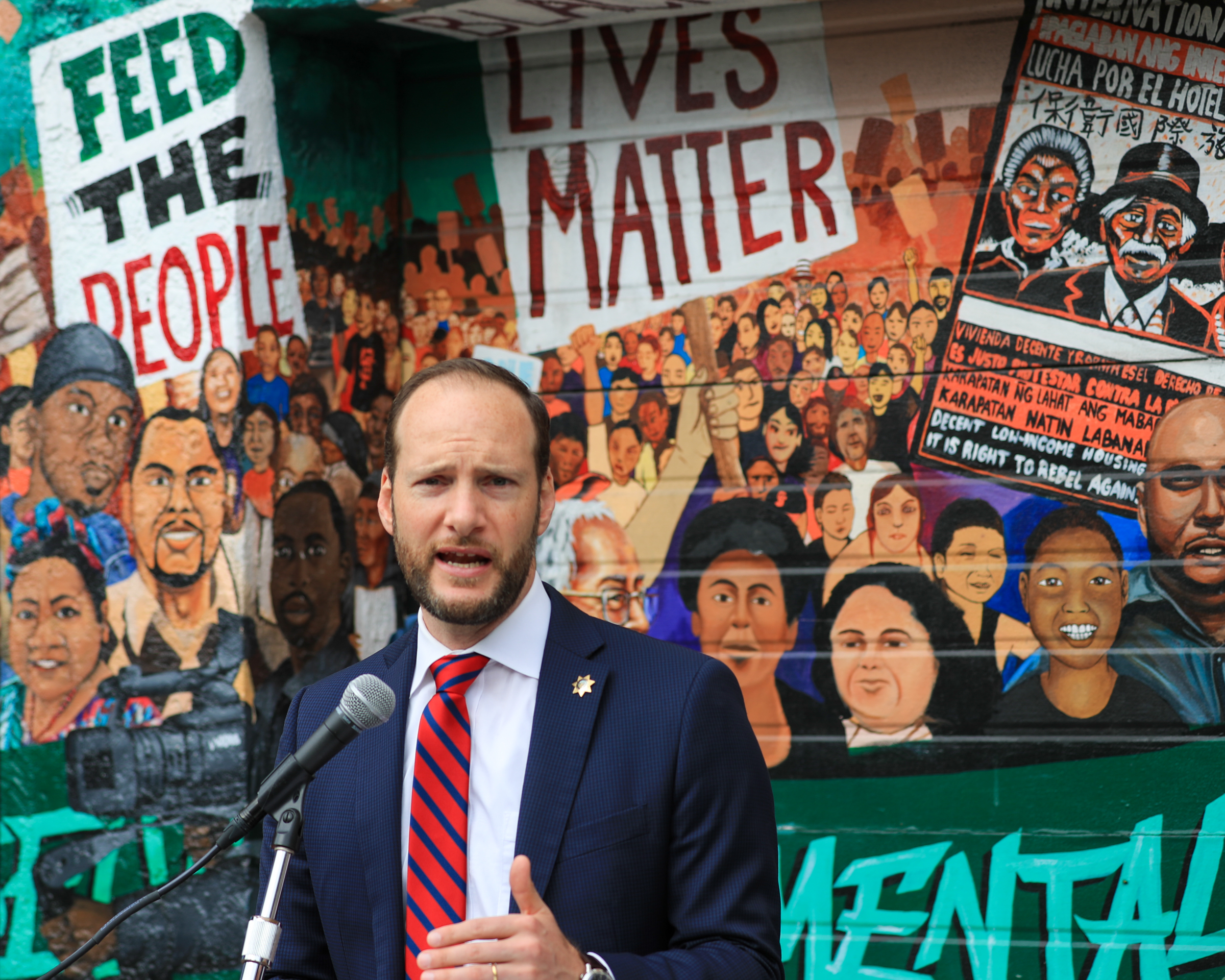 San Francisco, CA – If there is one area that San Francisco DA Chesa Boudin, facing recall, has been hammered on more than any it is on retail theft.  The DA’s office and other authorities have blamed the perceived problem—and some high profile cases—on organized crime, which has proven difficult to catch and therefore stop and prosecute.

Authorities caught a break when a brazen attempt at Union Square on Friday resulted in arrests for nine people involved.

On Tuesday, DA Boudin announced that the District Attorney’s Office has filed felony charges against nine people for their participation in Friday evening organized crimes at Louis Vuitton in Union Square, as well as other San Francisco businesses.

“These brazen acts will not be tolerated in San Francisco,” said Boudin a press conference on Tuesday.  “But the problem is bigger than our city.  Last weekend, there were similar incidents in Walnut Creek, Hayward, Oakland, and San Jose.  Other Bay Area prosecutors and I have been collaborating to share information and develop strategies to combat these coordinated incidents.”

He said, We have filed felony charges in every single arrest related to these incidents, and we are working with SFPD to identify others involved so we can hold them accountable.  Our office is also committed to dismantling the fencing networks

that make this type of crime profitable.”

On Friday, November 19, the Louis Vuitton store, along with other Union Square retailers, was burglarized by an estimated 20-40 people, who smashed windows and grabbed merchandise on display. Cell phone video depicted some of the aftermath as police responded.

Five people were arrested in connection with the incident at the Louis Vuitton store. That same evening, police arrested three people for burglarizing a cannabis dispensary, as well as one person for burglarizing a Walgreens. Two of the nine people arrested are alleged to have been in possession of firearms.

Receiving attention as well was a smash and grab in Walgreens.  Three people were arrested on Sunday following what was described as an organized theft at the Nordstrom on Broadway Plaza.

Two employees were assaulted and one was pepper sprayed by the suspects, according to a release by Walnut Creek Police.  While police arrived quickly, and stopped one of the cars, most of the “mob” fled the scene in cars at high speeds.  Police are now investigating surveillance footage in an effort to identify other suspects.

Boudin’s office noted that, throughout the Bay Area, there were similar burglaries of retail establishments including in Walnut Creek, Hayward, Oakland, and San Jose.  And there was also a similar incident at a Louis Vuitton store outside Chicago, which occurred last week.

“Retail theft crimes are affecting all counties in the Bay Area as well as across the nation.  Collaboration and shared strategies with neighboring prosecutors and law enforcement partners are critical to both preventing and responding to organized retail theft,” said Boudin in a release late on Tuesday.

He added, “This alliance of prosecutors is committed to developing strategies to combat these organized crimes.  Together, we are determined to stop those who participate in organized retail theft, including by dismantling the fencing networks that make this type of crime profitable.”

“Fencing and organized retail theft rings operate across jurisdictional boundaries,” said Contra Costa District Attorney Diana Becton. “As prosecutors, we must respond to the nature of these crimes and operate with our partners to more effectively meet this challenge. Those responsible for perpetuating these crimes are working together as a team, and to ensure accountability for their crimes, law enforcement needs to work together as a team too.”

“The recent premeditated retail theft mob action in multiple cities across Northern California is intolerable and will not be accepted by District Attorneys, law enforcement officials and our community members,” said San Mateo District Attorney Steve Wagstaffe.  “Anyone caught engaging in such criminal conduct should expect to find themselves facing prosecution, conviction and incarceration. There is no leniency for such behavior.”

“The recent acts of retail thefts, robberies and mass-mob burglaries throughout Northern California will not be tolerated. These are clearly carefully orchestrated crimes, working together in large groups to create a mob-like mentality,” said Alameda County District Attorney Nancy O’Malley. They are instilling fear in merchants, customers and the wider community. This is especially appalling at a time where many are out and about during the holiday season. Be assured that those caught and arrested will be prosecuted to the full extent of the law.”

According to a release, this partnership between the counties and local agencies will allow for better sharing of information through data collection, crime analytics, as well as pooled investigative tools to successfully prosecute those involved with organized retail theft schemes.

“California has seen shifts in crime trends and tactics, and Bay Area prosecutors are forming this partnership to meet the moment,” said Cristine DeBerry, Executive Director of the Prosecutors Alliance of California. “Partnerships like these reflect the need to implement modern solutions to modern problems. These crimes happen quickly, and they may not be caught in the act. Through information sharing and coordination, there will be greater likelihood of arrests and accountability than everyone working in isolation.”

“As shown on our newly launched SFDA Prosecutions of SFPD Incidents and Arrests Dashboard, in 2021, the San Francisco District Attorney’s Office has filed charges in 86% of commercial burglary cases presented to our office by SFPD,” the DA’s office said on Tuesday.

“In addition to its work to hold those who commit crimes accountable, the San Francisco District Attorney’s Office is conducting ongoing work to deter, disrupt and dismantle organized retail theft. The District Attorney’s Office’s is working with state, federal and local law enforcement agencies to identify and dismantle the fencing networks that make these crimes profitable,” they said.

There are currently over a half dozen confidential operations underway according to the SF District Attorney’s office.