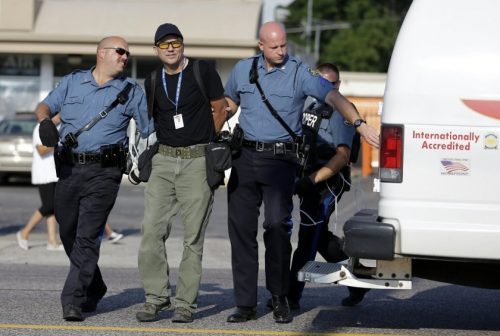 SACRAMENTO— On Oct. 9, Governor Gavin Newson signed Senate Bill No. 98, a bill that would grant journalists unobstructed entrance and documentation inside the closed areas by peace officers due to demonstration, march, and protests. The bill is chaptered by the Secretary of State and has become officially part of the California law.

The bill is presented in response to the use of force against journalists covering protests, especially the protests surrounding Black Lives Matter and the killing of Georgie Floyd.

The author of the bill, Senator Mike McGuire, states that the goal of the bill is to ensure journalists’ have an increased ability to “perform their critical role of documenting history and informing the public.” This function of SB 98 “serves the crucial First Amendment interest in promoting the ‘free discussion of governmental affairs.’”

While existing law strictly prohibits any person from entering areas that are closed by peace officers due to natural disasters, California Pen. Code § 409.5 (d) grants media representatives access to those ‘closed areas’ to provide the public with information. However, before passing Senate Bill No. 98, it’s against California law for the press to remain present at the place of any riot, rout, after being lawfully warned to disperse.

According to the United States Press Freedom tracker, there were at least 50 incidents of aggressive acts against journalists in 2021. Andrew Dyer, a San Diego Union Tribune reporter, was shot with pepper balls while he was covering protests in La Mesa, California. Brianna Sacks from BuzzFeed News was detained on May 31, 2020 by Santa Monica police for documenting protests.

Considering the important role that journalists play in informing the public and continuing the difficult societal dialogues, the bill believes that press’ access to document protests and rallies is to be rightly protected.

The effect of having too broad a definition of media representative would allow “any person who appears to be engaged in gathering, receiving or processing information, who produces a business card, press badge… to have access to a restricted law enforcement area.” This carried significant risks given that clearance could be used by “white nationalists, extreme anarchists or other fringe groups” who may pose a security risk to the public.

Senate Bill No. 98 addresses the Governor’s concern by removing the broad definition of a “duly authorized media representative” from the previous version. A person who appears to “be engaged in gathering, receiving, or processing information, who produces a business card, press badge, other similar credential… ” may no longer be necessarily considered as “a duly authorized representative of a news service.”

It is important to note, however, that SB 98 is not without opposition. California State Sheriff’s Association opposes the bill for public safety reasons. The party notes that the danger associated with protests and assemblies are significantly different from those associated with natural disasters.

Furthermore, California Statewide Law Enforcement Association concerns that media access at emergency command posts would leak police’s field tactics to the public, preventing officers from diverting crowds to safety and may even provide suspects with information in the commission of crimes.

Share:
Tags:California State Sheriff's AssiciationGovernor Gavin NewsomJournalistsProtestsSenate Bill 98Senator Mike McGuirethe press
Previous : Commentary: In the Long View of Justice, Tuesday Was Not a Setback But Another Turn in the Track
Next : Filipinx Students Rally Against Doe Library Display That Centers White Supremacists

Beiqi Wang is a writer for The Vanguard at Berkeley's prison reform desk. She is a second-year Philosophy major at UC Berkeley. She is originally from Los Angeles, CA.