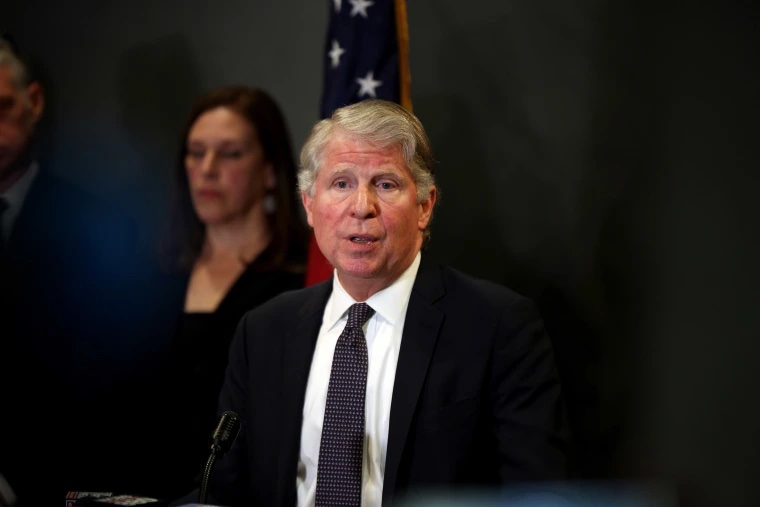 MANHATTAN, NY – Cyrus Vance, Jr., is exiting his role as Manhattan District Attorney at the end of the year after a decade of pressure from public defenders, activists, and politicians working to reform New York City’s criminal legal system.

Janos Marton, an opponent who ran against Vance, Jr., for the New York County District Attorney election, recalls in “So Long, Cy” (2021) how Vance, Jr., justified sending individuals with misdemeanors to Rikers Island.

Marton emphatically points out that multiple appearances in court for the same issue signal that the current remedy to crime is not working.

Notably, there were various social justice movements during the time Vance, Jr., was serving as DA. The campaign to close Rikers originated from formerly incarcerated people advocating for bail reform.

Overpoliced communities were at the forefront of the movement to end the “stop and frisk” routines practiced by police in New York.

In a recent interview, Marton called the departing Vance “the leading jailer in the city and state of New York. He unilaterally frittered away hundreds of millions of dollars from financial settlements that could have helped dismantle our criminal legal system.”

Additionally, some of the grievances directed towards Vance, Jr., surround his failed promise to implement protections from fare evasion, a law in New York that charges individuals for using public transportation without paying for a ticket.

“I can attest that his (Alvin Bragg) philosophy is completely different than Vance’s, informed by everything from his experiences as a teenager being mistreated by the NYPD to the people he keeps around him to this day,” said Marton.

Bragg is not the only district attorney elected for his more left-leaning approach. There has been an upswing of fresh, progressive district attorneys in Los Angeles, Chicago, Boston, and San Francisco, among others.

States across the country are witnessing a wave of young, progressive leaders and politicians alike devoted to reforming the criminal justice system in their respective jurisdictions, added Marton, noting the wider receptivity regarding progressive policies is unlike anything the country has seen in a very long time.

Marton writes in “So Long, Cy” how Bragg’s focus is centered on pretrial decarceration, sentencing reform, and reductions in the DA budget. An example of some of Bragg’s goals is his initiative to end cash bail and to put a stop to corrupt police officers, Marton said.

Marton believes that Bragg has a progressive platform based on his commitment to end cash bail and prevent police officer corruption.

But Marton notes other states view these policies as extreme liberalism, but believes people of different political endeavors should come together with the areas of agreement in their politics to achieve lasting changes.

In his recent article, Marton suggests “we could start by agreeing that the five current district attorneys across New York City, all of whom are feeding the crisis through their bail and pretrial decisions, are all betraying an utter callousness and complete lack of urgency. They all need to be pushed harder publicly.”

Marton said that although there has been success, there are obstacles to be faced.

“For much of that time, we benefited from a good economy, declining crime rates, bipartisan commitments to criminal justice reform, increased philanthropic and media attention, and some truly low-hanging fruit that gave reform a sense of momentum. Now much of that script is flipped,” Marton said.

Marton believes that leaders of faith and unions, as well as the corporate community, can help further criminal justice reform, and ultimately, that Bragg will be successful in reforming criminal justice and citizens should stand by him.