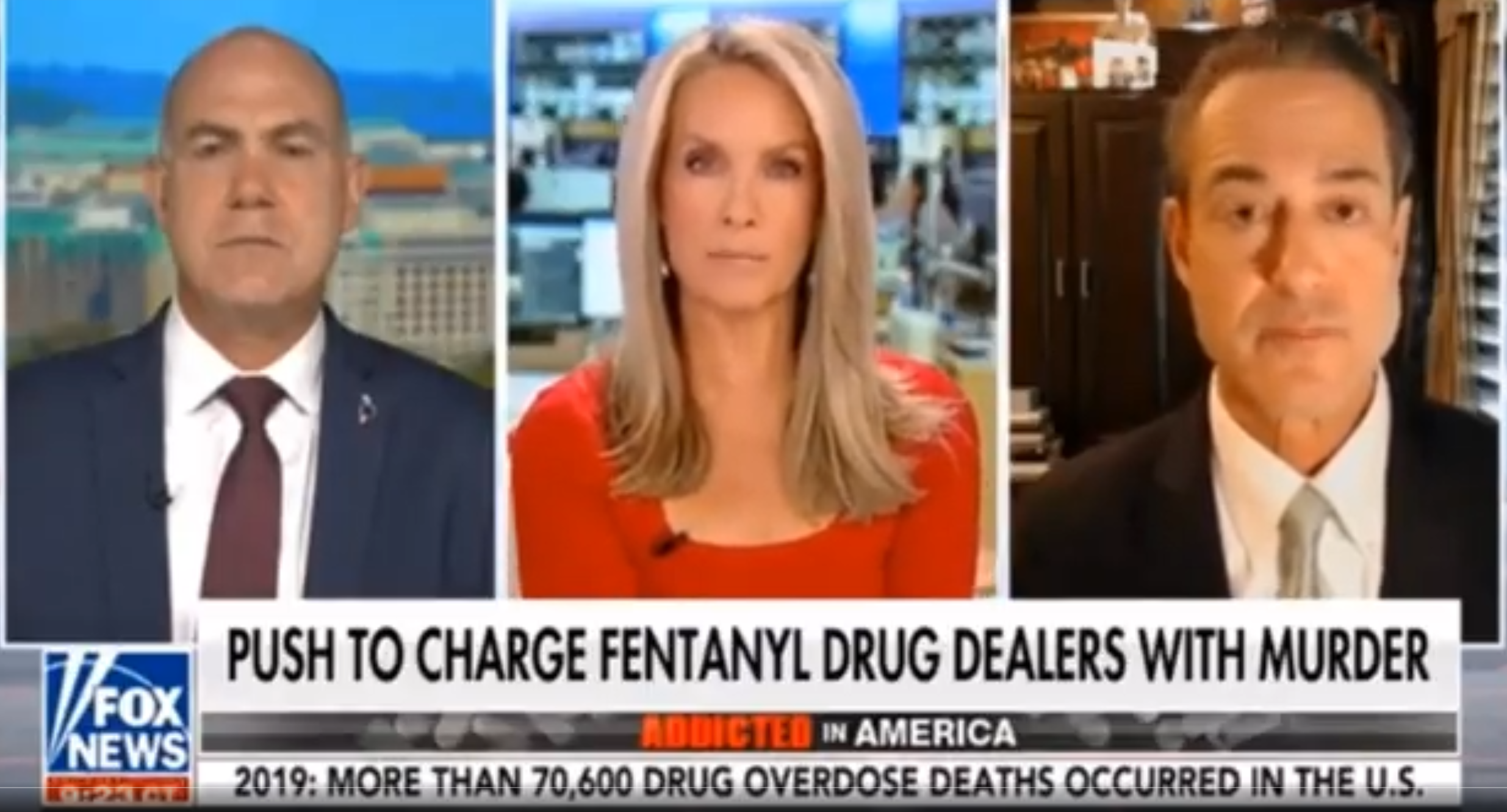 Santa Ana, CA – You would think that in 2021 we would not be seriously debating over whether to charge drug dealers with murder – in part because we have several decades worth of evidence that the practice not only doesn’t work to reduce overdoses but it actually leads to more deaths because people are reluctant to call 911 when they potentially face murder charges.

“I will charge Fetanyl drug pushers with murder. Only 2 grains of fetanyl can kill. Fetanyl deaths up 1,500% in CA. It’s not an OVERDOSE. It’s a poisoning,” Orange County DA Todd Spitzer tweeted last week.

Spitzer last week once again took to Fox News to make his point.

Spitzer is planning to have billboards warning that people could face murder charges for drug overdoses.

“We do that for driving under the influence now, it’s called a Watson advisement in California,” Spitzer said. “We’re going to tell these drug dealers when we book them, when we convict them that they know that dealing fentanyl can kill and we’re going to put that into evidence in front of a jury at a subsequent trial.”

“Now I’m going to have to prove it with the scores of the earth, these horrible drug dealers,” Spitzer said.

acknowledges they understand the likely result if they continue to sell the deadly substance. I will not allow drug dealers to get away with murder.”

Spitzer’s opponent fired back, on Thursday calling it an “attempt to exploit victims for political gain amidst the growing fentanyl overdose crisis.”

Pete Hardin, who is challenging Spitzer next year for DA said, “Absent intent to kill, there simply is no legal mechanism for a murder charge in overdose deaths, and when these cases fail he will pull the rug out from vulnerable, grieving family members hoping to see accountability.”

He added, “Over 40-years of data from America’s failed drug war demonstrates clearly that stiffer penalties do not deter drug sales or drug use.”

This is a similar push made by Yolo County DA Jeff Reisig.

In June, the Yolo DA put out a press release: “The Yolo County District Attorney’s Office will now require, with any plea agreement involving narcotics trafficking, that the prosecutor formally advise defendants that they could face homicide charges if they later provide drugs to a person who dies of a Fentanyl overdose.

“These tragedies are now so widespread that drug dealers can no longer deny responsibility for the risk of Fentanyl in their product,” District Attorney Jeff Reisig explained. “When people get a DUI,” Reisig continued, “we give a warning that DUIs can cause death, which becomes evidence if they later kill someone in a DUI. There must be similar accountability for those selling narcotics knowing their product could very well contain lethal Fentanyl.”

The DA added, “This policy is part of the balanced approach the Yolo County District Attorney’s Office has taken with narcotics cases.”

However, these pushes are ignoring the fact that this is not a new approach, it is actually a failed approach of the drug war—attack the supplier with harsh penalties. It doesn’t work.

The Drug Policy Alliance for one strongly disputes the notion that an overdose death is murder, and argues that such laws are counterproductive as well as inhumane.

“In the 1980s, at the height of the draconian war on drugs, the federal government and a host of states passed ‘drug-induced homicide’ laws intended to punish people who sold drugs that led to accidental overdose deaths with sentences equivalent to those for manslaughter and murder,” DPA noted.

This has actually increased in the last decade.

“Although data are unavailable on the number of people being prosecuted under these laws, media mentions of drug-induced homicide prosecutions have increased substantially over the last six years. In 2011, there were 363 news articles about individuals being charged with or prosecuted for drug-induced homicide, increasing over 300% to 1,178 in 2016,” they report.

There are a lot of problems with these kinds of laws however.  For one thing, it actually discourages people from calling 911 to save someone “if they fear being charged with murder or manslaughter.”

DPA explains, “Unfortunately, the harms of a highly punitive response to drug use and sales expand far beyond the effects of the actual punishment. Indeed, criminalizing people who sell and use drugs, through means like drug-induced homicide charges, amplifies the risk of fatal overdoses and diseases by increasing stigma and marginalization and driving people away from needed medical care, treatment, and harm reduction services.”

“These strategies include expanding access to the life-saving medicine naloxone and training in how to administer it; enacting and implementing legal protections that encourage people to call for medical help for overdose victims; training people how to prevent, recognize, and respond to an overdose; increasing access to opioid agonist treatment such as methadone and buprenorphine, and to other effective, non-coercive drug treatments; authorizing drug checking and safe consumption sites; and improving research on promising drug treatments.”

They argue: “Each of these strategies has evidence to support its effectiveness. Drug-induced homicide laws have none.

“They have not proven successful at either reducing overdose deaths or curtailing the use or sale of illegal drugs. And yet, ironically, prosecutors and legislators wield this punitive sword with impunity.”

What does work?  Harm reduction and treatment.

The Drug Policy Alliance pushes for harm reduction and treatment. Only 27 percent of outpatient programs offer medications for addiction treatment for opioid use disorder. That is things like methadone.

But many states have counterproductive policies. DPA notes, “911 Good Samaritan laws protect people who see an overdose and call for help from prosecution for low-level drug offenses.”

However, “many of the same states that have implemented 911 Good Samaritan laws have also arrested people for ‘drug-induced homicide,’ the act of providing someone with drugs that results in death.

“These cases often charge friends, loved ones, and low-level sellers with murder in cases of accidental overdose. Drug-induced homicide laws undermine 911 Good Samaritan laws, since people who could save lives are unlikely to call 911 if they fear being charged with murder or manslaughter.”

So these laws end up targeting low end dealers, families and friends rather than the people actually responsible for the problem.