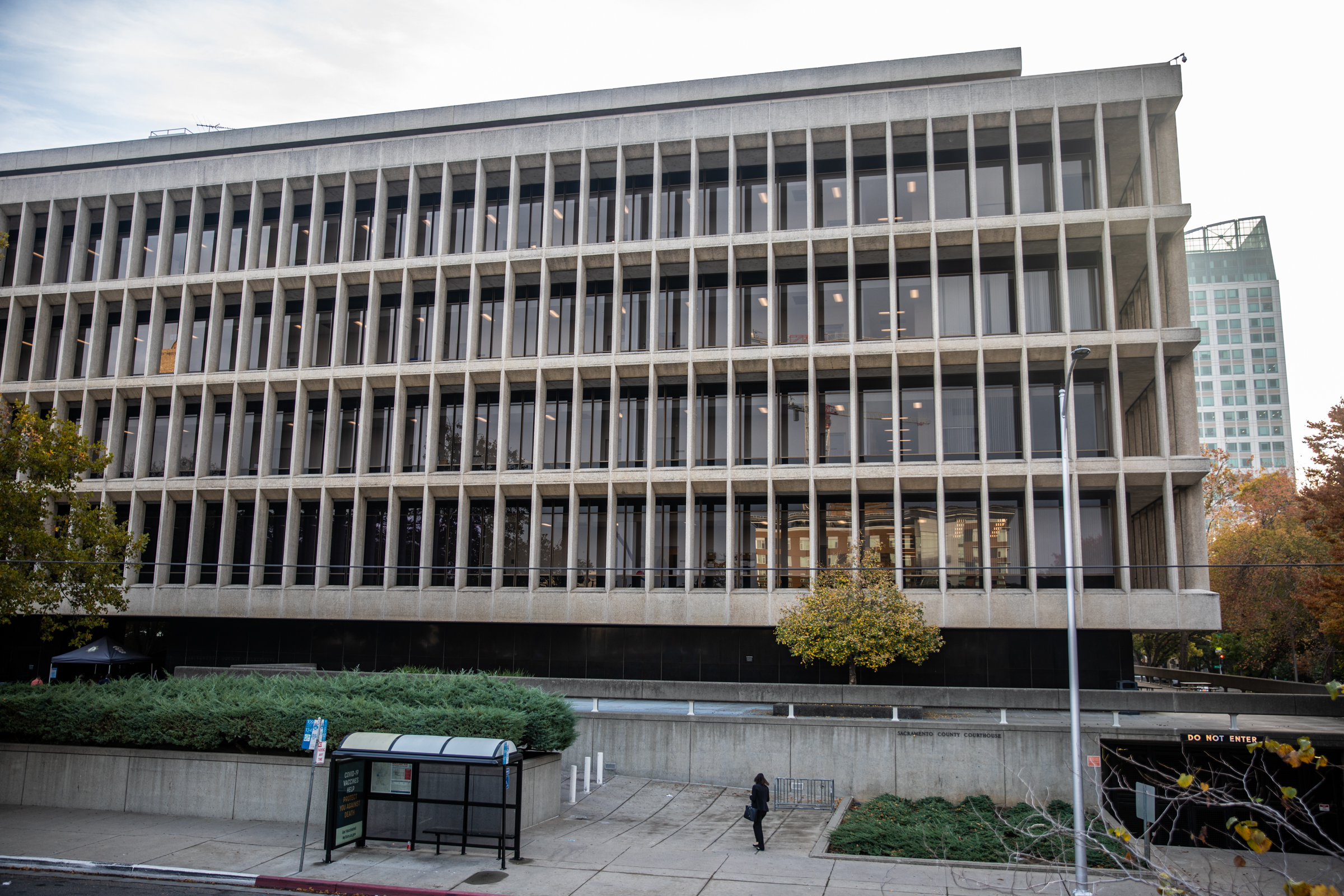 SACRAMENTO – Sacramento County Superior Court Judge Stephen Acquisto granted conditional release to a man charged with felony robbery and false imprisonment, citing issues with the evidence of the case, but sustained charges, stating the evidence was sufficient for probable cause.

Justin Walsh was charged with felony robbery and false imprisonment for his alleged role in a robbery at John Kemp Community Park in Folsom, CA, in which a man was trapped in the park’s restroom and robbed of his wallet and phone as the suspect threatened him with a bat.

Although the victim could not physically ID the suspect, he alleged that Walsh was the offender because of the conversation they had as he was robbed.

Deputy District Attorney Celeena Wall began the preliminary hearing by informing the court that she had given an offer (plea deal) to Walsh which would now be off the table. Judge Acquisto affirmed that Walsh understood the situation. Walsh replied, stating, “I am not taking no offer.”

The prosecution brought Officer Joseph Howard of the Folsom Police Department to the stand.

Officer Howard began his testimony by informing the court that he had been dispatched to Kemp Community Park at around 2:58 a.m. concerning a fight between two males. He was informed that one man was armed with a bat and chased another man into the bathroom.

Officer Howard told the court that when he located the male victim near the bathroom he was “incredibly emotional and was crying.” The victim stated that he was approached by the aggressor when he was in the bathroom, who confronted him regarding a theft involving a false check.

DDA Wall asked Officer Howard if the victim knew the suspect’s name, the officer stated that he only knew his name as “Justin.”

She then asked the officer, “What was it that the person, Justin, said that made (the victim) believe it was that person named Justin?”

Officer Howard stated that the victim explained to him that the offender mentioned a prior interaction between Walsh and himself in which Walsh allegedly asked the victim to cash a check, in order to pay for a storage unit. The victim alleged it was this interaction that made him believe it was Walsh who robbed him.

DDA Wall then asked the officer if the victim gave a description. Officer Howard said he described the suspect as a white or Hispanic adult, that was 6 foot 2 inches, 210 pounds, wearing a black baseball cap, black bandana face covering, and black hoodie, with a white shirt and blue jeans.

According to Officer Howard the entire interaction lasted about seven to eight minutes, and the victim could not leave the bathroom as the suspect was blocking the door. The suspect then asked the victim for his wallet and took his phone from the counter.

The suspect then told the victim not to call his mother and then left.

The prosecution then asked Officer Howard if he conducted a lineup with the victim. He stated that he did and that the victim picked the photo of Walsh stating he was “1000% sure it was Justin Walsh.”

DDA Wall then asked Officer Howard if he spoke with any other witnesses. He said that he did, a woman and her son who both witnessed the event. According to the officer, the woman witness explained how she heard the victim beg for his life. She then saw how the suspect raised the bat up and down for about 10 minutes.

Her son, who was also a witness to the crime, said he observed the suspect “mug the subject for his cellphone.” According to the officer the son also saw the suspect holding the bat and that the victim was not able to leave the bathroom.

Assistant Public Defender Jessica Hempstead reaffirmed with Officer Howard that the victim already knew Walsh. She then asked him about the description that the victim gave regarding the suspect.

The victim stated that the suspect was wearing a black hat and black face mask, and could not identify him, but knew it was Walsh because of the content of the conversation.

PD Hempstead then asked about the description given to Officer Howard by the two witnesses. Officer Howard explained that the woman witness observed the interaction for approximately 10 minutes and “had a pretty good look at the subject.” She described him as being 5’8-5’10, 135 pounds, skinny and was wearing a white hat.

According to the officer, her son’s description portrayed the suspect as being 5’10-5’11, 130 pounds, skinny, and wearing a white baseball cap.

The defense emphasized that Walsh’s arrest documents stated he was 6’4 and 245 pounds.

The defense then asked about a search conducted by Officer Howard’s colleague, Officer Stone. Officer Howard testified that Walsh allowed Officer Stone to search his belongings. DDA Wall tried to object to the testimony regarding another officer’s search but was overruled by Judge Acquisto.

According to Officer Howard, the search of Walsh’s belongings produced a phone but it was not the victim’s cell phone. The victim’s wallet was also not found in possession of Walsh.

PD Hempstead asked if anyone followed up on the use of the victim’s credit cards or investigated the whereabouts of his phone using cell phone towers. Officer Howard stated no one conducted such investigations.

The defense then asked if a hat was found in Walsh’s property. The officer stated that one was found but admitted it did not match the description of the victim’s testimony, as the hat had a gray bill, an astronaut logo, and was white on the sides and back.

PD Hempstead then finished her questioning by asking Officer Howard if the bat used in the crime had been recovered. He stated that it had, to which the defense asked if it had been fingerprinted or used for DNA testing. The prosecution objected but Judge Acquisto overruled. Officer Howard stated it had not been tested or fingerprinted.

The defense asked the court not to hold Walsh accountable on either charge as there was “a fundamental lack of evidence as to identification” arguing that the evidence the court did have pointed away from Walsh. PD Hempstead also cited a lack of eyewitness identification.

DDA Wall responded arguing that there is sufficient evidence for the “identification” in this case as the victim and the suspect were in the bathroom for 10 minutes, and “when you are that close to someone, you are able to see their eyes, you’re able to get a description.”

The defense argued that, although the two witnesses gave a description, the victim’s description, “who was right there” was much closer to the description of Walsh.

Judge Acquisto acknowledged that the testimony given by the eyewitnesses contradicts that of the victim, but stated that for the purposes of the hearing, the victim’s report is sufficient for probable cause and thus he would have Walsh answer to the charges.

PD Hempstead then asked the court to release Walsh until his trial. Judge Acquisto stated that he was not concerned with the public safety, in determining whether or not to release Walsh, because of the evidence of the case.

However, he stated he was concerned with Walsh’s history of failure to appear, but he did ultimately grant Walsh conditional release to ensure that he showed up to court, with no bail set.

Share:
Tags:BailRobberySacramento Court Watch
Previous : Defendant Given 1,080-day Sentence after Being Charged with Felony Child Abuse
Next : Despite ‘Disjointed’ Evidence, 6 People Charged in String of Burglaries at Marijuana Businesses in Sacramento