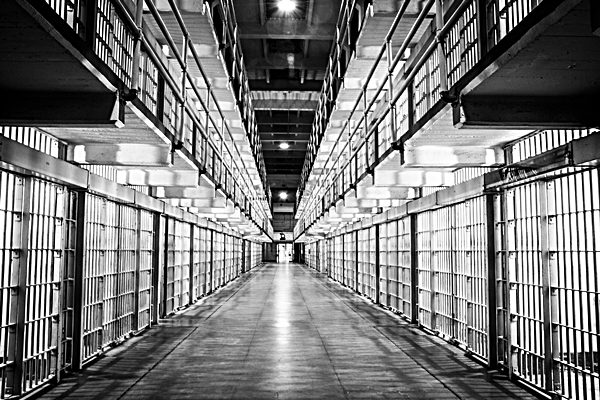 The LA Times featured a glorious story of redemption where Renwick Drake, after spending the last 11 years incarcerated since he was 15, will get a new lease on life thanks to laws that are giving people long incarcerated a chance for resentencing and to make a new life.

But while the story focuses on the feel aspects—the redemption of Drake, perhaps the changing mindset of Reisig, it loses sight

of the fact that the reason Drake is incarcerated still has everything to do with an overzealous DA’s office that threw the book at a 15-year-old, and a criminal legal system powerless to apply the brakes.

Reisig becomes the hero of this story even though it was his office that caused the problem in the first place.  And you can say, well they are righting what once went wrong, but if you read the article, there is no acknowledgment that putting a 15-year-old in prison for that long and charging him as an adult was the wrong thing to do.

There is no acknowledgment that if this case were tried today, new laws that Reisig has and continues to bitterly oppose would prevent this miscarriage of justice from occurring to begin with, and would have prevented this kid from having spent 11 years in prison.

In fact, what we see is that the LA Times has basically done what the Sacramento Bee did last month—they swallow the story told by the DA and fail to look into the other part of the story.

Given that I covered this trial back in 2011, I knew the rest of the story here.

Unfortunately, this is not an isolated problem.  It is systemic.  On the one hand the mainstream media is giving law and order, tough-on-crime prosecutors, a pass and, at the same time, they are unloading on progressive prosecutors.

In the last month, the mainstream media in four different counties has sided decisively in opposition to criminal justice reform.  Two of them in the form of puff pieces, and two in the form of biased critiques on progressive prosecutors.

The LA Times article lauds Yolo County DA Jeff Reisig for his release of Renwick Drake after a decade in prison.  The problem is that they failed to note that the entire prosecution was a tremendous miscarriage of justice.

We had already responded in October to a similar puff piece in the Sacramento Bee.  So Reisig charged a developmentally disabled 15-year-old for a crime as an adult when he was not the main person, not the main actor, and at most was following the lead from an older kid by whom he was highly influenced.

In fact, he overcharged the case as attempted murder, which even the jury discounted with their acquittal.

The Orange County reporter gave a one-sided account of a complicated murder case where the juvenile involved was resentenced under Prop. 57.

The article quoted heavily from Kathy Cady, a former LA DA who is heading up the recall effort.

“The victim’s family is devastated and feels abandoned by the justice system,” she said in an email to the Southern California News Group. “They feel that what has happened is not justice.”

We talked with prosecutor Alisa Blair, who clarified what happened, why she felt Cachu should not have been charged as an adult, and her efforts to get Cachu services with the DJJ and the judge’s unwillingness to work with the prosecution.

This is clearly a case where reasonable people can disagree as to the proper outcome, but the newspaper should present a balanced account and let the readers decide—and they did not do that here.

Friday’s Vanguard Story: Prosecutor Offers Another Side to the Story

Did Gascón’s Office Improperly Handle a Murder Case? Prosecutor Offers Another Side to the Story

This could have been written by Schubert’s PR team.  In fact, I’m not convinced it wasn’t.

Let’s remind the voters that Anne Marie Schubert prosecuted the Golden State Killer, even though it is completely irrelevant to the article.

Now this: “Sacramento District Attorney Anne Marie Schubert wants to show people the ‘behind the scenes’ of police work in a new podcast she’s launching called ‘Inside the Crime Files.’”

Nothing like a little PR for the old podcast.

Next line: “Schubert, who is running as an independent for California attorney general next year, has centered her campaign around ‘stopping the chaos’ in California, blaming rising crime rates on Democratic leaders’ progressive policies on law and order.”

It continues: “She hopes the podcast will show people the process of solving crime and the subsequent impact on victims and policies.”

But don’t worry, “the podcast isn’t intended to be political.”  But, “it is funded and promoted by Schubert’s campaign committee.”

The article continues: “A promotional email, sent Monday from her campaign, said the stories recounted in the podcast demonstrate ‘just how dangerous it is for politicians to conflate criminals with victims, and political narratives with the truth.’”

Let’s get this straight.  The Bee promoted the candidate as the prosecutor of a high profile serial murderer.  It is promoting her campaign material from her campaign material.  It repeats uncritically her critique of progressives and purports to claim that her material is not political (but it establishes the narrative of her campaign).

“I prosecuted the Golden State Killer, the Second Story Rapist, and hundreds of violent criminals for one purpose: to keep our communities safe,” Schubert said in the campaign email. “Now, I’m sitting down with the prosecutors, detectives, experts, witnesses, and victims who participated in some of the most innovative pursuits of justice shaping the course of criminal justice history.”

The article does mention the incumbent Rob Bonta in passing at the end, but for the most part is an uncritical promotional article that uncritically promotes the work and narratives of Schubert.

We have covered this a lot: here and here.

But compare the coverage in Heather Knight’s story to the one in the San Francisco Examiner run earlier this week.

They ask a reasonable question: “Did Boudin botch this case, or did he do what any other DA might have done in similar circumstances?”

They note: “Three experts who examined Daniel testified that the crime resulted from severe mental illness, according to court documents. Dr. John Shields testified that Daniel suffered from schizoaffective disorder as well as Capgras syndrome, which is the delusional belief that an impostor has replaced a loved one.”

John Gudino, Daniel’s father and Betty’s ex-husband, sees her death as the tragic conclusion of their son’s descent into mental illness.

“We did feel he should have been in the hospital at that time,” said Gudino. “As his mother and father, and knowing the symptoms and what was happening during that time, the paranoia, the delusions … many factors go into realizing his state.”

That’s a good account.  We got that part of the story as well.  Now the readers can decide based on accurate information.

But that’s the problem—the average reader doesn’t know what they don’t know, and if the journalist isn’t telling the full story, how are the readers to know the difference?

The mainstream media is supposed to be unbiased and impartial.  But when I see blatant bias in this coverage, it makes me question how often they get stories wrong on other subjects that I am unfamiliar with.

One of the reasons I started the Vanguard in the first place is that it seemed like the local media was biased toward the police and prosecutors.  As the Vanguard has branched out, it has become clear that that is not simply a defect of the media in Yolo County—the same is true in Sacramento, San Francisco, Los Angeles, and Orange County, the media is doing a poor job of covering the full story here.

6 thoughts on “Sunday Commentary: Mainstream Media Backs the Carceral State in Their Coverage”