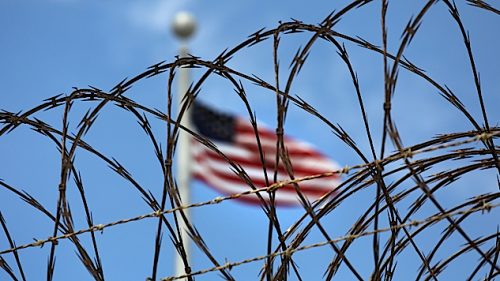 UNITED STATES— In the United States, countless large corporations benefit from prison labor. Unfortunately, although this provides a boost to the economy, this indentured-like servitude has harmful effects on prisoners and is against the government’s proposed goal of providing rehabilitation.

Among the many products produced in prisons, incarcerated persons are often in charge of making protective military gear, law enforcement equipment, and company uniforms. Additionally, they frequently assemble consumer products through in-house operations and convict-leasing partnerships with for-profit businesses.

Incarcerated people spend a significant number of hours everyday making products and providing services, but they typically make between 9 cents to 2 dollars per hour. So, why do they put up with it?

According to Erin Hatton, a sociologist who published Coerced: Work Under Threat of Punishment: “all workers experience coercion to some degree in the form of economic coercion.” However, for incarcerated people the type of coercion does “not revolve around money per se. Prisoners are paid almost nothing for their labor. What’s held over their head is not money but the status of being a prisoner in good standing.”

Being in good standing with prison officials is crucial to being afforded rights, entitlements, and privileges that are essential to surviving a sentence behind bars. Without good standing, being allowed to buy food from the commissary, socialize with other incarcerated people, or receive familial visitations is often prohibited. If an incarcerated person was to resist completing work hours, privileges can be revoked and punished with solitary confinement for defiance.

Despite countless laws in place in the US to protect workers’ rights, minimum wage, overtime payment, injury compensation, safer environments, and company-funded insurance, these protections are virtually nonexistent to incarcerated laborers.

Currently in the U.S., the Thirteenth Amendment explicitly outlaws involuntary servitude except as a punishment for crime. Prison labor seems to be the exception to the rule, or what Whitney Benns of The Atlantic calls, “American Slavery, Reinvented.”

Fortunately, in California, the proponents of the ACA 3 bill are hoping to pass the law that would remove this exception in the state in the following legislative session.

In the past, when incarcerated workers tried to form a labor union, the Supreme Court denied those rights, such as in the case of Jones V. North Carolina Prisoners’ Labor Unions.

When they had tried to sue their employers to enforce minimum-wage laws and the protections outlined in the federal Fair Labor Standards Act (FLSA), prison laborers were met with court rulings that disfavored them under the argument that the relationship between the penitentiary and the incarcerated laborer is not primarily economic. Whether as a result of historical, sociological, economic, political, or penological justifications, prison laborers are not protected under FLSA.

The blatant lack of protections for prison laborers in the U.S. has been justified by the federal government as a means for the incarcerated to pay society back for their costs of incarceration, as well as a method of correcting “deviant behavior” and achieving “redemption” through work. Unfortunately, in the present day this form of “rehabilitation” is widely alleged to be doing more harm than good for incarcerated individuals.

The World Health Organization (WHO) emphasizes that “There are factors in many prisons that have negative effects on mental health, including: overcrowding, various forms of violence, enforced solitude or conversely, lack of privacy, lack of meaningful activity, isolation from social networks, insecurity about future prospects (work, relationships, etc.), and inadequate health services, especially mental health services.”

Paired with the US Department of Justice’s findings that 55% of the 2 million incarcerated partake in prison labor and about 50% of all prisoners have some mental health issue, it goes without saying that there is a correlation between involuntary servitude and mental health issues. Thus, prison labor seems to be more of a punishment than a program for rehabilitation.