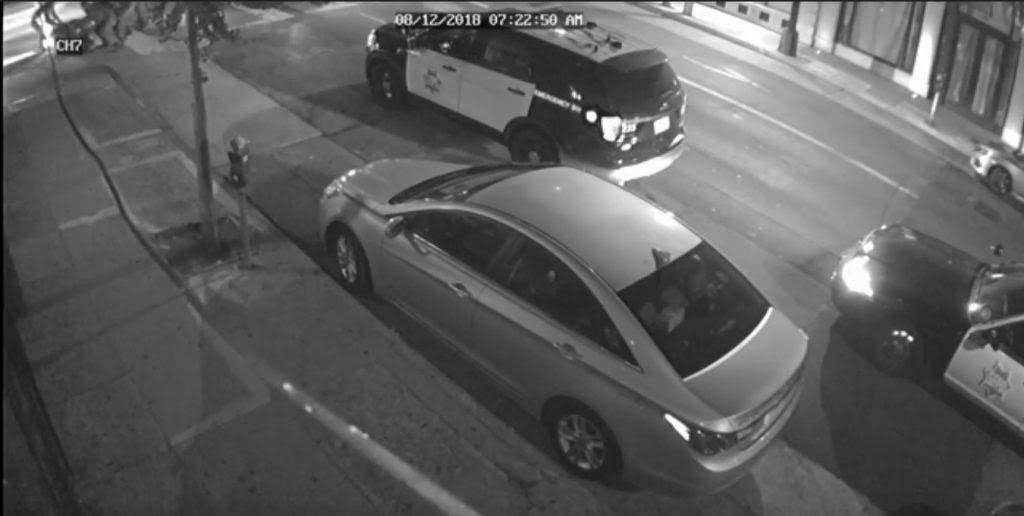 Cordero’s trial last month did not find him guilty of assault on a police officer, with 7-5 in favor of not guilty by the jury. Tuesday those charges were dismissed.

The original charge was filed after police claimed that Cordero assaulted an officer when his motorcycle clipped a police car door in August of 2018—video released this week show the officer wasn’t assaulted and that SFPD officers brutalized Cordero immediately after the accident.

“This is a case about credibility. But for the videos, the defense team would not have been able to show that the officers involved told a story that did not match the evidence. This is the type of systemic abuse that public defenders see regularly as we defend people against police reports that are presented as objective fact-based documents when they are not,” said San Francisco Public Defender Mano Raju.

Raju added, “Cases like this are a cautionary tale and serve to inform the public who may become jurors that the words inked in police reports should be scrutinized and taken with skepticism.”

“Police reports never tell the whole story, and in this case, it appears that officers conspired to tell a fabricated story in order to cover up and justify their brutal attack of Mr. Cordero. This trial seemed to be really eye-opening for the jurors, all of whom found the level of force used by the officers deeply disturbing.”

The Public Defender’s Office said Cordero was taking a test ride in 2017 on a “motorcycle he’d been fixing up for several months in hopes of making it street-worthy.” Police said he was speeding.

Police claimed, according to the Public Defender’s Office, two police cars “followed Mr. Cordero for several blocks without giving any indication that they wanted to pull him over…they called another police car to intercept him .When Mr. Cordero saw a police car come from around the corner and stop in front of him in the opposite direction of traffic, he tried to get out of the way by pulling off toward the sidewalk.”

However, the Public Defender’s Office said that “surveillance videos showed that the officer in question moved out of the way before the door closed, contradicting the officers’ testimony given under oath,” and at trial jurors were shown the officer was not pinned and started “punching and kneeing (Cordero) while he was on the ground. Three more officers joined in and assaulted Mr. Cordero to the point that he had to be transported to the hospital by an ambulance.”

Another officer stepped on Cordero’s ankle “while he was handcuffed and attempted to pull his helmet off while the chin strap was still fastened. Mr. Cordero testified that officers also badly bent his thumb while escorting him to a police vehicle before he was transported by ambulance to SF General Hospital for medical staff to assess his injuries.”

The Public Defender’s Office charged officers “claimed that Mr. Cordero was resisting arrest in order to justify the unlawful assault on him,” but officers’ Body Worn Camera footage provided audio of the encounter, in which
Cordero can be heard saying, “I’m not resisting,” “I’m sorry. It was an accident,” and, “You’re hurting me.”

The jury did find Cordero guilty of driving without a license and driving on a suspended license, but not guilty of possessing burglary tools after the defense called an expert to testify that the tools in his possession were commonly available to motorcycle hobbyists.

An officer falsely testified earlier that the tools were “shaved keys.” The jury hung 7-5 in favor of not guilty on the count of assaulting an officer and 6-6 on the count of resisting arrest, now both dismissed.

The Public Defender’s Integrity Unit said it is filing complaints with the Department of Police Accountability on a range of issues, including excessive force and dishonesty.

Cordero has a pending civil lawsuit against the City of San Francisco for the brutality he sustained in the incident.