Davis, CA – The Davis City Council will be presented with the 29 currently prioritized CAAP (Climate Action and Adaptation Plan) draft actions and asked to identify concerns, and make recommendations for additions and/ or modifications to these actions.

The city has conducted an extensive public outreach process for the past year with a number of public workshops as well as a virtual feedback opportunity that is still active.

“There has been robust community and commission outreach as part of this project,” city staff wrote.  “Providing this update to City Council allows another opportunity for the public to provide feedback on the draft prioritized actions, and also allows staff to receive feedback from the City Council.”

The staff as well as the city attorney’s office are reviewing these actions to address issues of legality, complexity among other issues.

The 2020-40 CAAP was adopted to “will identify a measurable, enforceable, equitable and implementable path to carbon neutrality” as well as “bring Davis into compliance with state legislation related to climate action and General Plan requirements.”

Staff explained, “The CAAP will identify maximum efforts to implement carbon reduction actions by 2030, in alignment with state goals and City Council

City Council has previously adopted the ‘Resolution Declaring a Climate Emergency and Proposing Mobilization Efforts to Restore a Safe Climate.

“The City of Davis commits to taking significant action to move toward net municipal and community carbon neutrality in the short term, with maximum efforts to implement carbon reduction actions by 2030; and accelerate the existing 2050 Davis carbon neutrality goal to a 2040 target,” the council said in its declaration of a Climate emergency that was passed in March 2019.

There will be no formal action taken on Tuesday night.  After receiving council feedback, the final draft of the CAAP document will be prepared and brought to the Natural Resources Commission for their input and recommendations before being brought back to the council for adoption.

A primary focus of the Davis CAAP approach was “to prioritize community engagement in developing the CAAP actions.”

“Over 1000 ideas and actions were identified during the community engagement process,” staff writes.  These were refined down to 100 discrete actions and ultimately 29 recommendations.

These focused on carbon reduction, mitigation or the reduction of GHG.  It also focused on addressing climate risk, adaptation through a 2021 Vulnerability Assessment which identified risks in the Davis context.

“. There is no guarantee that because an action is among those prioritized now, that it will be legally within the City’s power to adopt as part of the CAAP document,” staff wrote.  The list in not in any order. 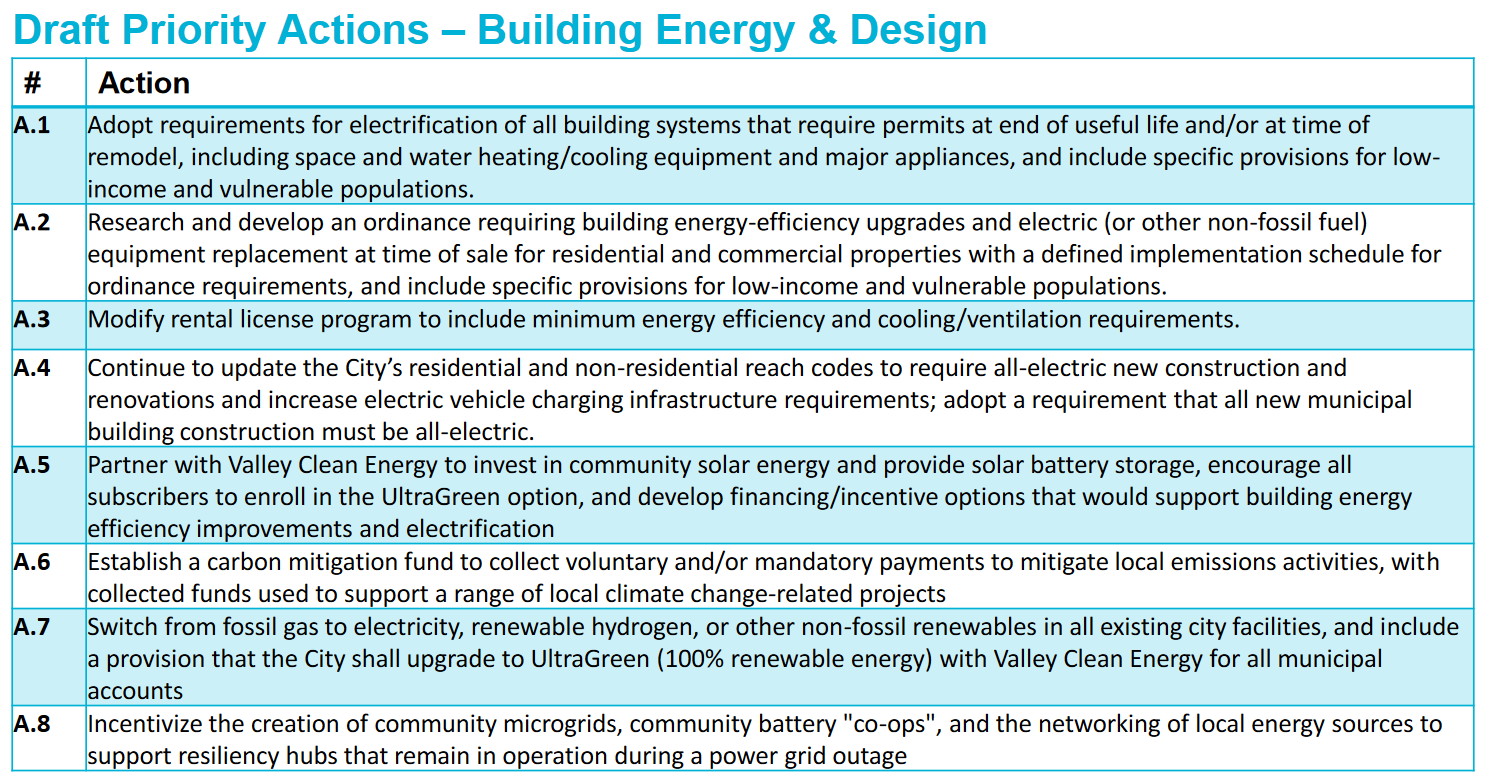 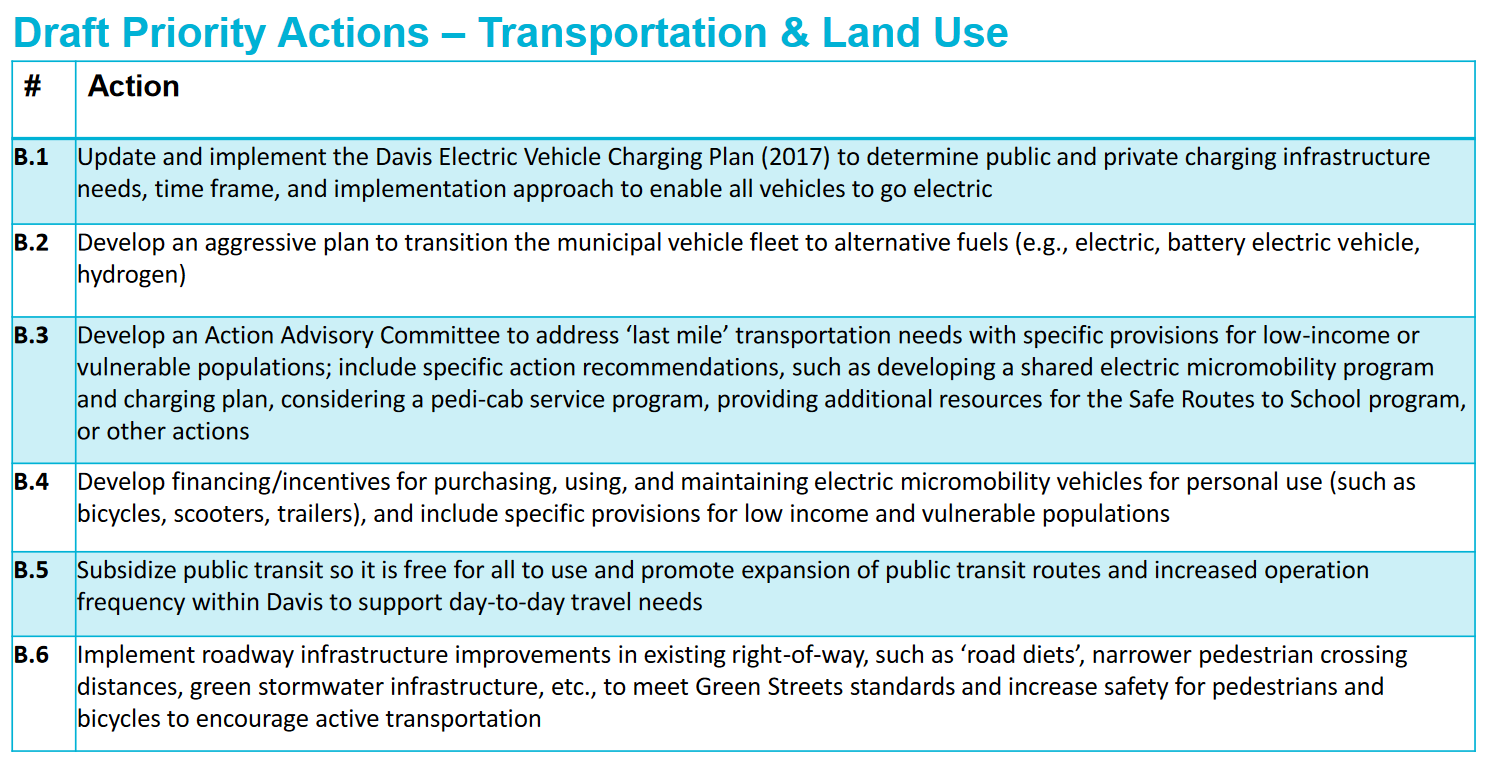 Share:
Tags:City CouncilClimate ChangeDavis CAAPEnvironmenta
Previous : Supreme Court to Hear Arizona Death Penalty Case That Could Gut Protections against Ineffective Assistance of Counsel at Trial or in the Appellate Courts
Next : Student Opinion: Countries Are Not Acting Fast Enough on Climate Change