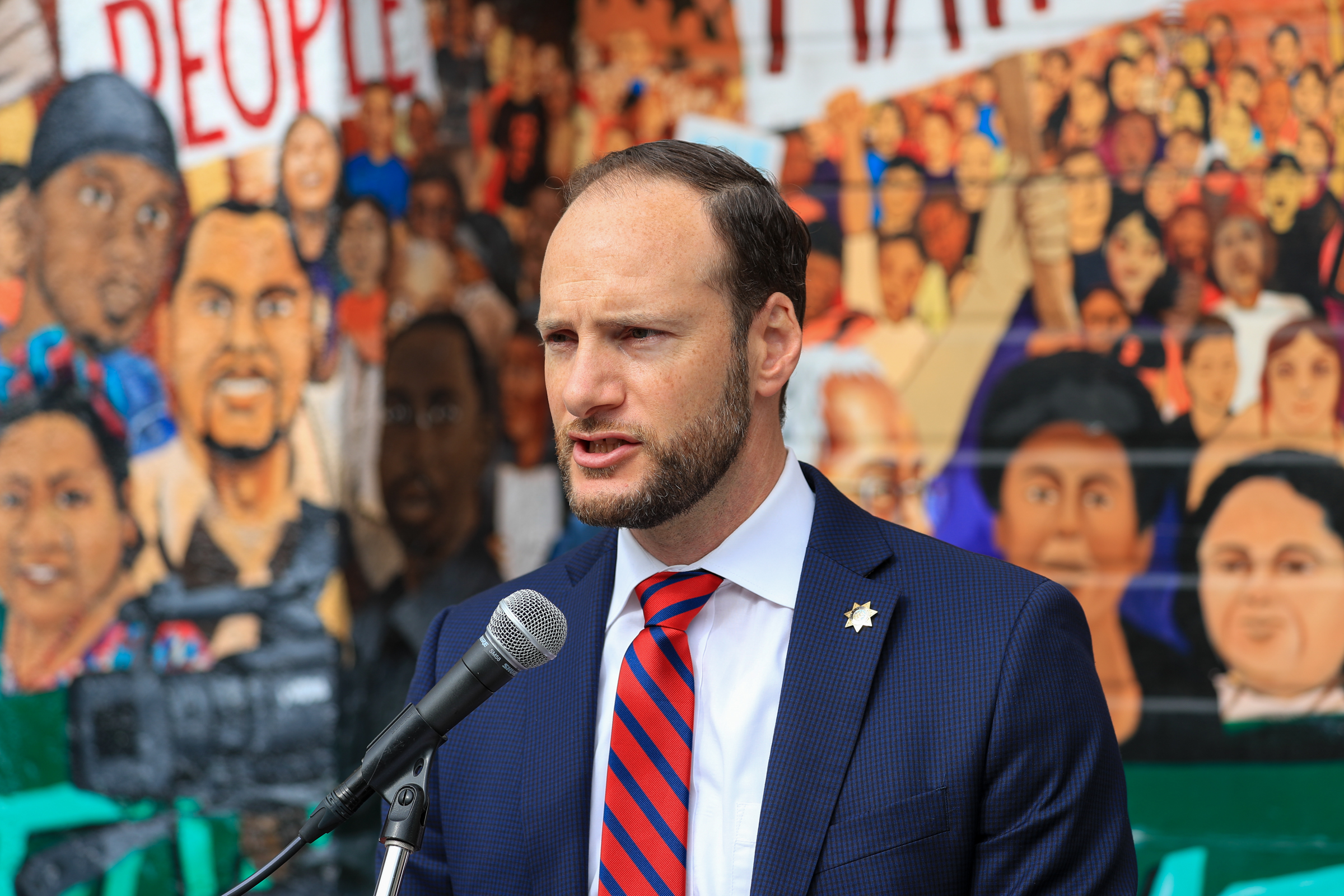 Even though San Francisco is working towards a safe consumption site, the Mayor announced plans to crack down on drug dealers as well as people who do drugs in public.

Mayor Breed disclosed a series of initiatives last week, which included asking for an overtime budget for police, seeking more social workers and public toilets for Tenderloin, and declaring a state of emergency in the Tenderloin neighborhood.

Breed said that San Francisco will continue to offer services and housing to people on the street and those struggling with addiction, but will get tough for those who refuse shelter and treatment.

District Attorney Chesa Boudin, Board of Supervisors President Shamann Walton, and Public Defender Mano Raju said at a news conference on Monday that the plan was flawed and unfair because it relied on failed policies to fix the problems that San Francisco is facing today.

The leaders and professionals who provide addiction treatment or harmful reduction services requested that the mayor come up with “evidence based” alternatives including treatment, housing, education, and jobs. The city has been chronically short on treatment beds for the thousands of people who suffer from homelessness, addiction, and mental illness.

Boudin’s decision to join the news conference underscores the fact that while many city leaders acknowledge and understand the major challenges that San Francisco is facing, they have a difference of opinion about the ways to solve the problems.

While leaders are divided about the ways to best move forward. Some of the residents who live in the Tenderloin or run businesses in the neighborhood have been begging for safer and cleaner streets for months in the face of shootings and open-air drug use.

Boudin said during the news conference that he is “outraged” at the human suffering and atrocious violations of law and safety concerns that families face in the Tenderloin. He also stated that “we can’t arrest and prosecute our way out of problems that are afflicting the Tenderloin.”

He continued by stating, “Arresting people who are addicted to drugs, jailing people who have mental health struggles, putting folks who are vending hot dogs or other food on the streets in cages will not solve these problems, and they are certainly not the only tools available.”

Past city reports have shown nearly three quarters of people incarcerated struggled with substance abuse or mental illness, and nearly one third is homeless. Boudin said the city is lacking in resources such as treatment and housing, with some inmates being put on a waiting list for rehabilitation programs that could take months to get into these treatment programs with a shortage of beds.

There is a need for more investment into mental health care as well as opening a supervised drug-use site.

“Right now in San Francisco it’s easier to get high than it is to get help, that has to change,” Boudin said, “ I will do everything in my power to make the Tenderloin safe for all of San Francisco.”

Boudin noted that his office has been “prosecuting drug sales and possession with intent to sell at higher rates than my predecessor in 2018 and 2019” and plans to continue enforcing the law.

The DA was asked whether he would prosecute drug users, and he said that possession is a misdemeanor, meaning someone arrested for the crime is given a citation, then told to come to court.

He added, “(given) what we know about addiction, the chances of those people even showing up to court is very small,” reflecting that the approach wasn’t a “useful response” to a public health crisis.

Boudin said that his focus was on serious and violent crimes, especially with limited court capacity under the pandemic.

“The last thing we need to do is clog up every available court with a misdemeanor possession- of- a -pipe charge,” he said.

The police chief, Sheriff, and Supervisors Ahsha Safai and Catherine Stefani stood beside London Breed last week when she pledged to give people who use drugs on the street the option to go to a yet-to-be- set up linkage center where the city will provide referrals to treatment and shelter – or go to jail.

Mayor Breed warned the city would “be a lot more aggressive with implementing the existing laws on the books in order to get people off the streets,” including a controversial city ordinance that prohibits people from sitting or lying on the sidewalks, which directly impacts homeless people.

Breed’s administration is working on adding more resources: the city has approved buying or leasing nearly 1,200 of the 1,500 permanent supportive housing units planned over the next two years. It has also opened 87 substance use and mental health treatment beds, just under a quarter of those planned under a law to reform the city’s behavioral health system.

A drug sobering center and a supervised drug- consumption site where people will be able to use drugs under medical professional’s care and receive support, are planned to happen next year.

Walton said the board had urged the mayor declare a state of emergency for the overdose crisis, rather than “increasing law enforcement budgets here in San Francisco and arresting people who use drugs when we currently don’t have adequate resources to address their needs.”

The board will hold a special meeting to decide whether to ratify the mayor’s emergency declaration, which would lift bureaucratic barriers so the city can quickly open the linkage site and start police enforcement in full force.

Walton told the San Francisco Chronicle that he didn’t decide how he would vote yet, and didn’t know his vote of his 10 colleagues, but wanted to “explore alternatives to what was being proposed.”

Supervisor Matt Haney supports the mayor’s emergency declaration. He told The Chronicle last week that he supports policing to go after the drug supply, but not criminalizing users.

Instead, he said he wants to get people inside” with alternatives such as the supervised drug-use site and sobering center, treatment, and a massive increase in street outreach workers to connect people with help.

Del Seymour, a Tenderloin community member for 35 years, said during Monday’s news conference that getting arrested 12 times in the late 1990’s “made me no less of a dope fiend until I got drug rehab.”

Todd Meshekey, sitting on the corner of Jones and Turk streets on Monday said, “we need police,” but was skeptical that flooding the neighborhood with police would make a difference in his personal struggles or the neighborhood’s issues.

“It’s impossible,” he said, “drugs have been here before us, they’ll be here after us. Why should they (the city) keep bothering us?”

Meshekey said that he doesn’t have a desire to stop using drugs, which he said have messed up his life. He said he tried to stop before, but said “recovery is a long road.”

The former restaurant server said that his New Year’s plan is to get a job and “change everything.”