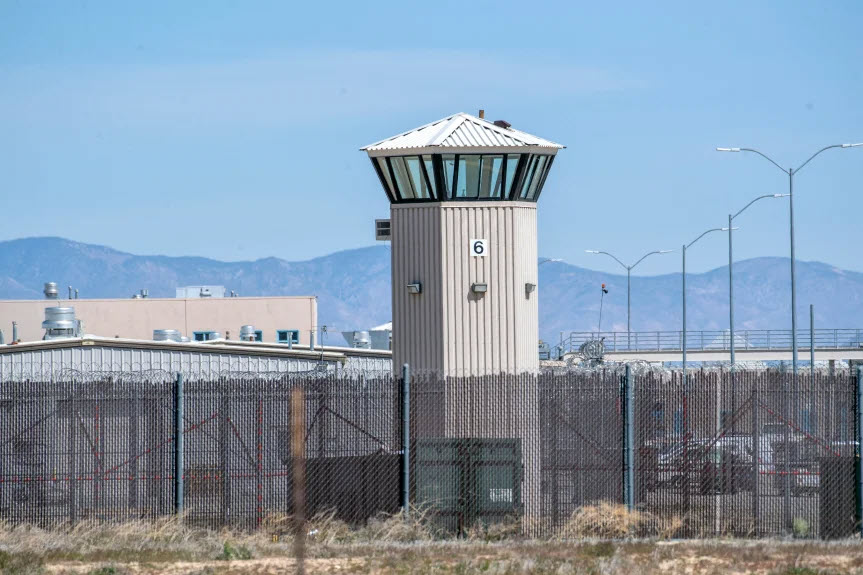 NEW YORK, NY – With Omicron—the new COVID-19 variant—the U.S. is going to see an increase in infection outbreaks, especially for those held in jails, prisons and ICE facilities, according to incarceration experts.

Incarcerated people are more at risk because of the refusal by U.S. officials to implement stricter policies, including masks mandates, vaccine mandates, and providing publicly available at-home tests, said Eric Reinhart, a psychoanalyst, anthropologist of policing, prison, and public health, and resident physician at Northwestern University.

Reinhart’s analysis of public health studies has shown coronavirus is spreading faster in incarcerated institutions in the U.S. than in any other place. Incarcerated persons are suffering due to the negligence of the government, overcrowding and unsafe conditions, and health care system negligence.

According to The New Times article, “Prisons Are Covid-19 Hotbeds. When Should Inmates Get the Vaccine?” earlier this year, the refusals for making vaccines mandatory for incarcerated people by the Centers for Disease Control and Prevention (CDC) and other state public health departments have put incarcerated people at greater risk of getting infected than the general public.

for guards at incarcerated institutions.

According to Apoorva Mandavilli, 2019 winner of the Victor Cohn Prize for Excellence in Medical Science Reporting, “Booster shots clearly raise antibody levels, strengthening the body’s defenses against infection, and may help offset whatever advantages Omicron has gained through evolution.”

Reinhart predicts, although the Biden administration has high hopes that booster shots will reduce the spread of Omicron, this is not going to reach their expectations because incarcerated people are still unvaccinated.

According to Prison Policy Initiative’s report, “More than 40 states have no public plans to make boosters available to incarcerated people. And only 22 states are publicly reporting their vaccination rates among incarcerated populations.”

A thorough analysis of the reports of vaccination data of guards in 15 states, by Erika Tyagi and Joshua Manson, writing for the UCLA Law Covid Behind Bars Data Project, shows the refusals of guards to get vaccinated have put incarcerated people at greater risk of infection.

“These low vaccination rates are especially concerning given that incarcerated people often cannot create distance between themselves and prison staff,” wrote Tyagi and Manson, who added, in order to effectively cope with the new Omicron variant, it is necessary that the CDC and US Department of Justice, and other health officials make vaccine mandates for incarcerated people.

Jails and prisons have become epidemic engines for spreading sickness due to the unmitigated outbreak of COVID-19.

Reinhart maintains, “Millions of cases and tens of thousands of COVID-19 deaths across the United States have been driven by COVID-19 outbreaks in jails and prisons that spread into surrounding communities via the movement of more than 405,000 guards and 30,000 people released each year.”

Currently, Reinhart notes, there are two million people who are inside US jails and prisons, and they are at greater risk of getting an infection and spreading it to neighboring surroundings until sensible federal, state, and local policies are implemented to secure their safety.

Reinhart, in his article, “How Mass Incarceration Makes Us All Sick,” explained, “Incarcerated people have 5.5 times greater documented risk of SARS-CoV-2 infection and 3.0 times the risk of death.”

The refusals by the US government to properly address overcrowding, poor health care, and poor living conditions of the incarcerated people have put these people at greater risk of getting infected, said Reinhart. He added, “Jails and prisons are not like Vegas: what happens there does not stay there.

“Prioritizing vaccines for incarcerated people and rolling back our massive prison-industrial complex is good public health for everyone,” Reinhart concluded.