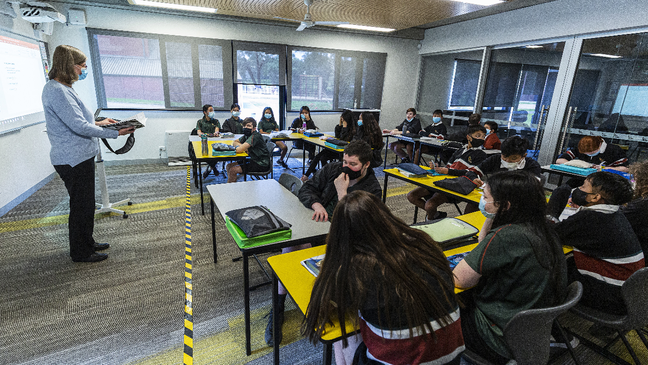 BALTIMORE, MD – The NAACP denounced anti-Critical Race Theory bills in an Op-Ed  published this week,  and advocated for teaching about “Black people during slavery” rather than teaching about “slaves,” and teaching about slavery and liberation from a Black perspective.

Specifically, the op-ed  took issue with the “teacher loyalty” bill recently introduced in New Hampshire, calling it and similar bills “oblivious solutions looking for a problem.”

According to the Concord Monitor, the teacher loyalty bill, HB 1255, attempts to ban public school teachers from promoting theories that negatively portray U.S. history. This includes the idea that the U.S. was founded on racism. The bill also prevents teachers from advocating socialism and Marxism.

The NAACP called out Republican Representative Erica Layton, a co-sponsor of the bill, for stating that slavery was “already on the way out” one century before the Civil War in her response to the section of the bill that prohibits teaching that the U.S. was founded on racism.

The op-ed  read: “Conscious historians and teacher educators should design teaching curriculum, not racially obtuse elected officials.” The NAACP argued for bills that provide training for teachers to teach these sensitive topics rather than bills prohibiting teachers from teaching the truth about certain racist aspects of history.

This began with the op-ed  recounting a White teacher’s comment about her students at a mostly Black school in Florida “feeling some type of way about a White woman teaching about slavery,” saying it is a sensitive and painful topic.

The author responded to this comment by stating that slavery was much more than a painful period, noting, “It was a period of active resistance for Black people.”

They then listed plentiful examples of Black resistance and efforts toward liberation since the foundation of the U.S., including the Black loyalists and patriots fighting in the Revolutionary War and Black brigades fighting for freedom in the Civil War.

The author continued their response by noting that Florida, when it was a Spanish territory, was a place where enslaved Africans who escaped southern slave states formed colonies and cooperative agreements with Native Americans, including a “Negro Fort” in Florida, which won several battles for the emancipation of local slaves.

And the article mentioned how Florida is home to many Haitians, and how enslaved Africans in Haiti formed a nation through military victory.

The author explained how Africans escaped slavery and began colonies on islands off the coast that predate Plymouth Rock, how ex-slave Robert Smalls earned his freedom by delivering a Confederate warship to the Union army, and how several emancipated slaves accompanied John Brown during the raid of Harpers Ferry.

They added, “There’s so much more to say, but we need to stop teaching about ‘slaves’ and start teaching about ‘Black people’ during slavery. If you teach your students this, I promise, your Black students won’t ‘feel some type of way’ about a White woman teaching about slavery.”

The op-ed  changes directions one last time to advocate for teaching about slavery from a Black perspective.

“The captivity and forced labor of Africans in the Americas (despairingly known as slavery) … is taught from the captor’s perspective, re-imagining labor camps into ‘plantations’ and amoral sadists into ‘masters.’”

The author states the “universal heroism, endurance, and resistance” of African forced laborers is incorrectly recast as passive “slaves” waiting for salvation from the White conscious community.

The author likens history books recasting resistant Black people as “slaves” to Donald Trump’s “bizarre celebration of the Viet Cong” when he recast John McCain’s story as a prisoner of war and a war hero into a symbol of weakness.

The author comments that their own grandfather’s grandfathers, Granderson Conn and Papa Charlie, were both born into slavery and died Civil War veterans.

“We don’t teach that Britain ‘gave’ the colonies independence. We teach that the colonists fought for it. We need our elected officials to acknowledge the same for Black people and Black emancipation,” they noted.

Gabriel is a recent graduate of UC Davis. He majored in Political Science.