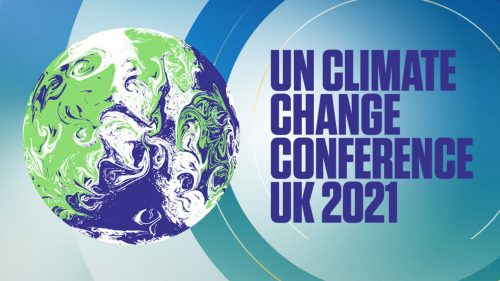 DAVIS — After the completion of the United Nations climate summit in Glasgow, it’s time to analyze how much countries are actually pledging in their fight against climate change. Unfortunately, the proposed plans fall short of what’s required to mitigate global warming.

As UN Secretary-General António Guterres stated at the conclusion of the conference, “The outcome of COP26 is a compromise. It reflects the interests, the contradictions and the state of political will in the world today. It is an important step, but it is not enough.”

Guterres speaks the truth. Although the Glasgow Climate Pact included two hundred countries and two full weeks of negotiations, the way countries agreed to meet expectations made the outcome less than ideal.

More specifically, India and China — being among the world’s biggest burners of coal — amended wide-ranging agreements on the reduction of burning coal at the eleventh hour of negotiation. A CNBC article referred to it as a “change in language about fossil fuels.” Rather than phasing out coal, as originally proposed, the pact now refers to it as the “phase down” of coal, which means that progress will not go fast enough. Although this new agreement ensures that the biggest economies no longer finance international coal projects, the change in language reflects a sense of leniency in meeting that goal.

Additionally, the U.N. set criteria for a successful conference, but none of it was achieved. The criteria included countries pledging to cut carbon dioxide emissions in half by 2030 and $100 billion in financial aid from rich nations to poor, which was meant to help developing countries adapt to climate change. The UN had concluded that the $100-billion target was not a realistic scenario and final figures on what will be given are not available yet.

Promises continue to be made by various nations, but they are not always being upheld. The Climate Action Tracker revealed that 10 of the world’s biggest polluters account for more than two-thirds of the world’s greenhouse gas emissions.

Historically, richer countries have contributed the most to greenhouse emissions in the atmosphere. I believe that wealthy countries are morally responsible for helping poorer ones work towards building lower-carbon economies and adjust to some of the harms they’ve already endured because of climate change. Developing nations are constantly being asked to make higher commitments, so why is their progress limited?

The New York Times reported that the United States and the European Union had promised to cut their emissions to 50 percent below 2005 levels by 2030. Neither has passed sufficient policies to put them on track to meet that promise by 2030 yet.

Other countries like Brazil and Indonesia need to work more quickly on reducing deforestation. The burning away of these forests for agriculture releases large amounts of carbon dioxide into the air.

Wealthier nations struggle with a lack of trust created by the absence of transparency between nations during negotiations. The broken $100-billion promise contributed to that. Regardless, the stakes of empty promises are high and it will be too late if richer countries do not act now. It is the responsibility of richer countries to work faster in cutting emissions and financially aid poorer countries in responding to the effects of climate change.

The reason for urgency in addressing global warming is not just because of the issues that will happen in 2030 or 2050. Countries and people are being affected now and the distribution of consequences unfairly hits poorer countries more. Bhutan, for example, contributes the least to climate change, but suffers the most from natural disasters like floods from the Himalayas.

Climate change is also affecting the behavioral patterns of animals. There is a tragic increase in divorce rates among albatrosses, prompted by the warming oceans which affect their access to food.

While success based on the criteria set forth was not achieved at the United Nations Climate Summit, progress was still made. For starters, the Climate Pact provided some important building blocks on addressing climate change for countries.

Additionally, recent Intergovernmental Panel on Climate Change findings confirmed that all countries recognized the global climate emergency and wanted to reach some sort of agreement.

UN executive secretary of the Convention on Climate Change, Patricia Espinosa, stated in her UN Climate statement that the road to climate action does not and cannot end in Glasgow. Science tells us that 45% of emissions need to be cut by 2030 to reach carbon neutrality.

We still have a lot of ground to cover and it’s time for rich nations to step up and do their part.

Jordan Varney received a masters from UC Davis in Psychology and a B.S. in Computer Science from Harvey Mudd. Varney is co-editor in chief of the Vanguard at UC Davis.