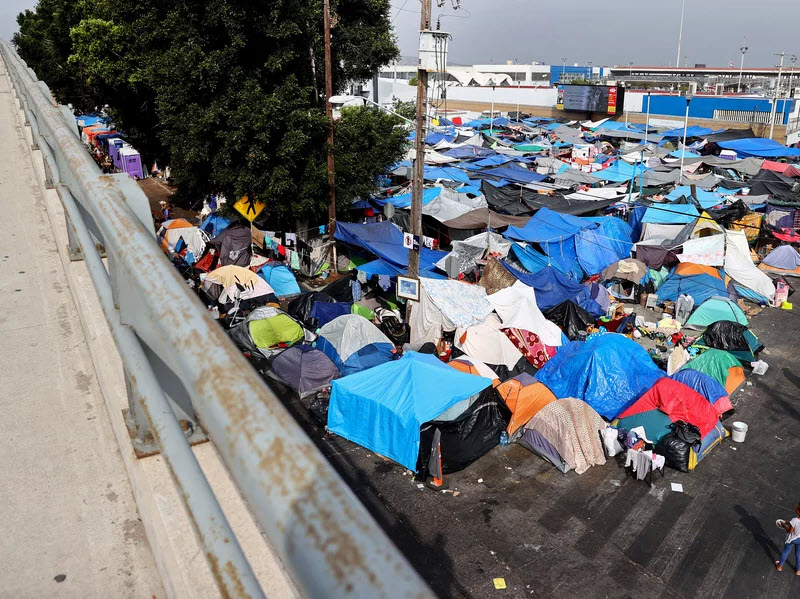 By Michele Chadwick and Isabel Garbarino

WASHINGTON, DC – After failed negotiations with the Biden Administration in July 2021, groups challenging Title 42 expulsions of asylum seekers returned to court this week when the D.C. Circuit Court of Appeals began to hear arguments.

The American Civil Liberties Union, Center for Gender & Refugee Studies, Oxfam America, RAICES, Texas Civil Rights Project, the ACLU of Texas, and the ACLU of the District of Columbia originally opposed Title 42 in 2020.

A federal court held that Title 42 expulsions are likely unlawful in September 2021. However, the Biden administration appealed this ruling.

ACLU attorney Lee Gelernt, who argued the case before the D.C. Circuit Court of Appeals said this “We are back in court because the Biden administration left us no choice.”

The groups are seeking an immediate halt to the policy because it restricts immigration at the border based on an unprecedented and unlawful invocation of the Public Health Service Act, located in Title 42 of the U.S. Code.

Under the Trump administration, Title 42 was first implemented by the CDC in an attempt to help stop the spread of the coronavirus.

It has since then been used thousands of times to dispose of immigrants at the border. The intention of Title 42 is to give the government power to help limit new diseases from being introduced into the country.

Under Title 42, border patrol agents can expel asylum seekers without any legal process, argues the ACLU, in direct violation of longstanding immigration statutes requiring that asylum seekers receive a full and fair proceeding to determine their right to protection in the United States.

The Senior Staff Attorney of Texas Civil Rights Project, Karla Marisol Vargas proclaimed that “It is shameful that an administration that ran on a belief in science and welcoming people with dignity continues to manipulate an obscure public health rule to violate the basic human rights of asylum seekers.”

She added, “The rationale that Title 42 is necessary to preserve public health is a lie. Scapegoating Black, Indigenous, and other migrants of color as vectors of disease just serves as an example of the ongoing racism entrenched in our immigration system.”

Public health experts, including former CDC officials and Dr. Anthony Fauci have publicly questioned the scientific basis for Title 42. Regarding Title 42, Fauci said “My feeling has always been that focusing on immigrants, expelling them…is not the solution to an outbreak.”

Shaw Drake, Staff Attorney and Policy Counsel on Border Rights, ACLU of Texas, summed up the disappointment regarding the Biden administration upholding Title 42:

She said, “One year after taking office, the Biden administration continues to defend Trump’s blanket shutdown of asylum access in the United States under the facade of the pandemic. Ensuring the summary expulsion of vulnerable families seeking safety at our border, this remains one of the most inhumane and unlawful Trump era border policies.”

Drake added, “When the Biden administration adopted this policy as its own, they broke promises to restore the country’s asylum system and further co-opted the pandemic to deny lawful access to asylum to those seeking protection in the United States. Their actions are shameful.”