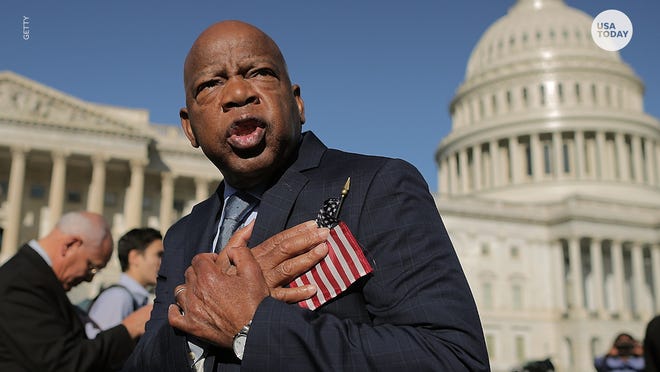 According to the Congressional Research Service, The John R. Lewis Voting Rights Advancement Act of 2021 would establish new criteria for determining which states and political subdivisions must obtain preclearance before changes to voting practices may take effect.

Preclearance is the process of receiving preapproval from the Department of Justice or the U.S. District Court for the District of Columbia before making legal changes that would affect voting rights.

Following the news, Christopher Anders, federal policy director of the ACLU, released a statement commenting on the vote.

He said, “Although the Senate failed to advance the Freedom to Vote: John R. Lewis Voting Rights Act, Senators in support of federal voting rights legislation cannot give up. This legislation would continue the work of the Voting Rights Act in rooting out voting barriers that discriminate against voters of color.”

In 2021, 19 states enacted 33 laws that some organizations like the Brennan Center For Justice consider “restrictive” and makes voting more difficult for Americans. These laws range from reducing polling place availability to harsher voter ID requirements.

“Today’s shameful outcome revealed who stands for, and who stands against democracy,” said Derrick Johnson, President and CEO of the NAACP.

“The Voting Rights Act of 1965 took three attempts to pass into law, so we will continue to fight. Anything short of protecting the right to vote is a death sentence for democracy. The fight is far from over,” he added.