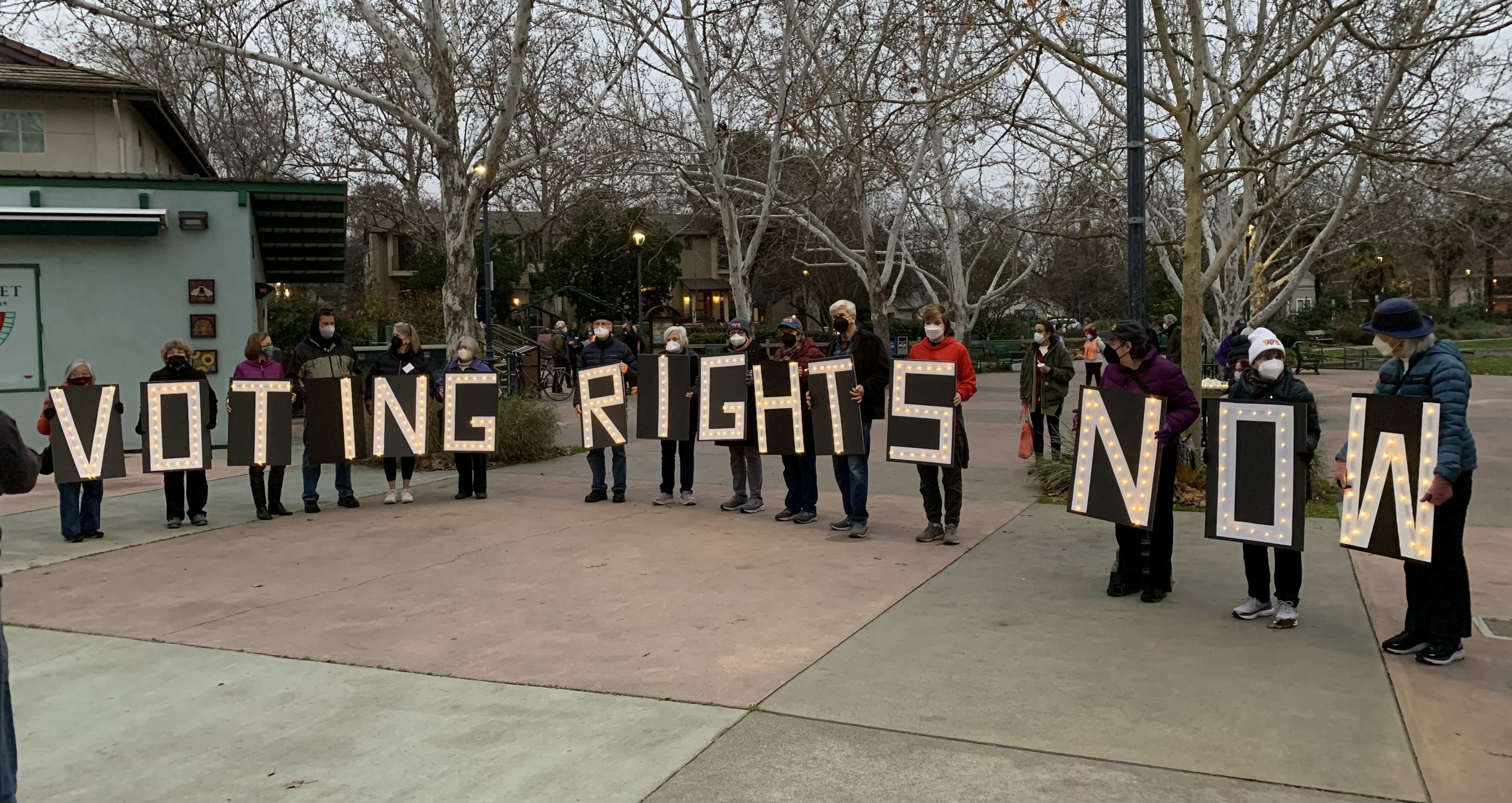 By Anna Olsen and Jake Romero

PHOENIX, AZ — The family of Rev. Dr. Martin Luther King, Jr., led a rally and march over the holiday weekend where organizers called on President Biden and the Senate—singling out Sen. Kyrsten Sinema—to support filibuster reform and voting rights legislation.

After a rally in front of Pilgrim’s Rest Baptist Church, attendees marched to the Eastlake Park Amphitheater where they heard from Dr. King’s family and other event organizers.

“We are here to issue an urgent call to President Biden and the Senate to pass the Freedom to Vote: John R. Lewis Act—and a dire warning to the entire nation that our democracy stands on the brink without it,” King, III, said.

If passed, the John R. Lewis Voting Rights Advancement Act would amend multiple sections of the Voting Rights Act of 1965 with a goal to limit voter discrimination in the United States.

It would add a section requiring “transparency regarding changes to protect voting rights,” requiring a state to notify the public upon making any change to voting prerequisites.

The act would require a state to allocate a polling place to an Indian Tribe at least six months in advance of the next election upon request from a Native representative.

Last Thursday, Sen. Kyrsten Sinema of Arizona stated on the Senate floor that she had no intention of supporting President Biden’s efforts to alter the filibuster. She said that, despite supporting the voting rights legislation, she believes that changing the filibuster would exacerbate political division, according to the New York Times.

“She draws the line at protecting the rights of millions of voters,” King, III, said. “History will not remember her kindly.”

“The filibuster is not some time-honored tradition that must be preserved to protect democracy,” said Arndrea Waters King. “And even if it were, what good is a filibuster when preserving it will destroy the democracy it’s supposed to protect?”

House representatives at the event were also vocal about Sen. Sinema and the need for swift action.

“Senator Sinema, we got you in office. We were there for you when you ran for senator,” said Rep. Ruben Gallego (D-AZ). “We were there because you and I promised each other we would protect the voters of Arizona. It is time for you to fulfill your promise.”

The event highlighted the importance of solidarity between marginalized communities in the face of oppression. “We will not allow a few radical extremist politicians to take away a right that generations of Black, Brown, and Indigenous activists have bled and died for,” said Fred Yamashita, Executive Director of the Arizona AFL-CIO.

Jawaher Abbas, an Organizer at the CASE Action Fund, stated “as a Sudanese refugee, I believe it is important to give women, and my community, a voice. I would be killed in my country for doing this. But the freedom to vote is under attack… we must do everything we can to protect the right to vote.”

Sen. Sinema tweeted on Monday that there are “plenty of ways to give back to your community with acts of service” in commemoration of MLK, Jr., Day, but did not publicly respond to Saturday’s demonstration.

Jake is a senior at UC Berkeley studying English & Journalism.