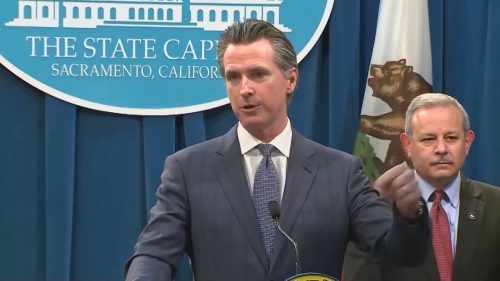 SACRAMENTO, CA – Many Americans were supported during the pandemic by stimulus checks but two categories of people were left out of the relief funding: undocumented immigrants and unhoused people. In response to the economic ripples caused by the pandemic, Governor Gavin Newsom issued the Social Innovation Impact Report which allocates 3.9 billion dollars to aid marginalized groups that did not get stimulus checks.

3.57 billion dollars of the Social Innovation allotment will go to housing efforts and benefits for the homeless. $186,240,654 will go to COVID-19 response, $50,000,000 will be spent on immigrant assistance, $15,000,000 will be applied to criminal justice including housing and social services for formerly incarcerated people, $4,500,000 will go into protection against domestic violence, $31,000,000 will be allocated to education efforts, and $31,500,000 will go towards boosting the economy through job opportunities.

The funds were gathered through donations from 196 corporate and philanthropic partners, as well as 748 community-based organizations, and the benefits were divided among the state’s 58 counties.

This money will give over 230,000 undocumented immigrants one-time cash assistance, give over 250,000 students devices and/or hotspots for distance learning, give 50,000 low-income nursing facility workers 500 dollar gift cards, and give 6,177 formerly imprisoned people housing and social services.

It will also give 6,055 homeless people permanent places of residence, give 30,200,000 pounds of fresh fruit and vegetables to 22 food banks which will provide 25,166,667 meals to Californians facing hunger, create a new employment site to search for jobs, and fund 183 organizations to focus on gender equity in economic recovery.

Over 8,000 homeless individuals, out of the over 129,000 homeless in California, were accommodated by being housed in vacant hotel rooms, motels, apartments, and other buildings. In 2021, Newsom invested 2.75 billion dollars to purchase and rehabilitate the previously-assigned housing into interim or permanent residences for the homeless.

Due to the partnership with Grantmakers Concerned with Immigrants and Refugees, new immigrant families were assisted in their relocations to California communities, and unaccompanied children were funded during their placement with families or sponsors. After intense and sudden humanitarian evacuations from Afghanistan, this partnership joined forces with the state and Airbnb to welcome the arrival of thousands of Afghan families.

This report is the second issued by Governor Newsom in 2021, and, according to the governor’s press office, the first report made a major impact in California by creating 44 public-private partnerships. This resulted in over 4 billion dollars of contribution, involving over 1,600 community-based organizations, and investing 138 million dollars in communities across the state.

What makes Newsom’s Social Innovation reports so successful, the state says, is in their creation of public-private partnerships. As explained by Governor Newsom himself, “Public-private partnerships are central to our innovative approach. This report demonstrates the tangible results of our spirit of collaboration and innovation – results that have inspired other states, and even our federal partners, to emulate our approach.”

“While we have been tested in the last few years,” continued Newsom, “by fires, by disease, even at times, by each other – this spirit will keep us moving toward the California For All that we aspire to build.”

Newsom’s public-private partnerships have been a source of criticism however. One big criticism of Governor Newsom’s Covid-19 program was his reliance on the private sector to address the pandemic. The essential work previously distributed to the public sectors and to government facilities and employees has been redistributed to tech companies and privately owned companies, creating worry in the Department of Public Health.

Although these corporations are compliant and supportive of Governor Newsom’s efforts now, some warn that the fact that they are motivated by profit instead of by public good means they are less stable and can only be viewed as a short-term solution.

As Flojaune Cofer, a former state Department of Public Health epidemiologist and senior director of policy for Public Health Advocates explains, “these are companies that are profit-driven, with shareholders. They’re not accountable to the public… We can’t rely on them helicoptering in. What if next time it’s not in the interest of the business or if it’s not profitable?” Cofer’s solution as an alternative to Newsom’s report is to lobby for an expansion in the budget of public health dollars. So far, her efforts have been unsuccessful.