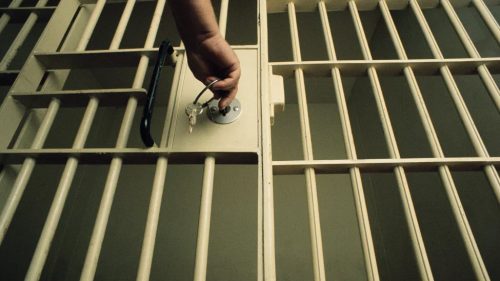 SACRAMENTO, CA – As COVID-19 cases are drastically rising daily, states across the nation have begun requiring in-person workers to show proof of receiving the COVID-19 vaccine. However, Governor Gavin Newsom and his administration have different plans for prison workers as Newsom is not requiring prison staff to get vaccinated in order to work disobeying a judge’s orders. The prison guard union donated 1.5 million dollars to fight Newsom’s re-election campaign.

During the pandemic, prisons have been viewed as COVID-19 hotspots because everyone is living in small, overcrowded environments and it is difficult to stay socially distant. Additionally, the new variants, Omicron and Delta, are reported to be even more contagious and are responsible for 70 percent of new COVID cases in the last month.

Although there have already been millions of COVID-19 cases in California, Governor Newson has decided to not require prison workers to be vaccinated in order to work. Governor Newson is instead allowing the prison guard union to “convince” its workers to get vaccinated.

These are the same prison workers who donated 1.5 million dollars to Governor Newson to fend off his recall campaign. Additionally, these 1.5 million dollars were donated almost a month after it was reported that the California Correctional Peace Officers Association received 5,000 dollars in COVID-19 bonuses for each worker it represents in addition to a raise.

In Sept. 2021, U.S. District Judge John S. Tigar issued a judge’s order that required prison workers to be vaccinated. Governor Newson claimed that a vaccination mandate would lead to many of the prison workers leaving their jobs, leaving prisons understaffed.

A similar argument for not mandating the COVID vaccine was used in a statement posted on social media in 2021 by Los Angeles County Sheriff Alex Villanueva. Sheriff Villanueva claims that he has privately and publicly tried explaining to his department about getting vaccinated, “I have urged Los Angeles County deputies and civilian staff to get vaccinated.”

However, similar to the fear of mass exodus from prison workers, Villanueva believes that not mandating the vaccine will prevent deputies from leaving as well, “I assume that my refusal to enforce the mandate and start firing is the only thing keeping many more from leaving. But deputies tell me that they would rather quit or retire than be publicly shamed by a liberal Board of Supervisors.”

In an interview with CalMatters, multiple prison workers stated their opinion on getting vaccinated. “A lot of us have already had COVID and recovered, so we don’t see the point in getting the vaccine,” said a California Rehabilitation Center in Norco guard. Another Norco guard stated, “No. Never will.” Research has shown that getting a vaccine even after having COVID raises one’s immunity to the disease.

As outbreaks have increased due to the more contagious Delta variant and with the Newson administration resisting COVID vaccine mandates for prison staff, it was reported that 48 outbreaks within prisons have been traced back to prison workers.

Since the pandemic began, more than 50,000 California state prisoners have tested positive for COVID-19 and 240 have died. Nonetheless, only about 42 percent of prison guards and 57 percent of all prison staff have been fully vaccinated.

Instead of requiring vaccination, state officials have tried to get prison workers to get vaccinated in other ways. The strategies have not proven very effective however. State officials tried one-on-one counseling, behavioral science strategies, and even cash incentives. For one-on-one counseling, it was reported that more than 5,000 prison workers attended, but only 262 had agreed to receive the vaccine at the end.

Prison workers are required to get frequent COVID tests and  the California Department of Corrections and Rehabilitation (CDCR) has implemented alternative COVID safety protocols instead of getting vaccinated.

A spokesperson for the Governor stated, “Since early in this pandemic, CDCR has implemented rigorous COVID safety measures, including mandatory masking, twice-weekly testing for staff and the early rollout of vaccines for incarcerated people and staff.” Despite these protocols, Justice Tigar believes that it will become complicated to contain such highly contagious variants as Delta and Omicron.

Prisons are considered COVID-19 hotspots due to the lack of sanitation, inability to socially distance, and constant transportation of prisoners from other prisons. In a Texas prison, it was reported that hand sanitizer was banned, sinks were left in disrepair, and failed to supply sufficient soap. Other prisons have continued to transport inmates from one facility to another, without testing them first.

Tigar stated that “once the virus enters a facility, it is very difficult to contain, and the dominant route by which it enters a prison is through infected staff” and that a mandate “would lower the risk of preventable death and serious medical consequences among incarcerated persons.”

Inmates show different infection and vaccine statistics than their guards. On Aug. 11 last year,  nationally there were  23 COVID-19 cases per 10,000 incarcerated people compared to  36 cases per 10,000 among the overall population in the U.S. and 81 per 10,000 of prison staff. According to the UCLA Law COVID Behind Bars Project, “In Pennsylvania, Illinois, California, and Texas, the active infection rate among prison staff is more than twice the rate among the overall population in the state.”

The UCLA Law COVID Behind Bars Project estimates that in August of last year, “just 47% of prison staff have received at least one dose of a vaccine, based on data from the 21 agencies that have recently reported this information. By comparison, more than 71% of all adults in the U.S. — and 64% of incarcerated people — have been vaccinated so far.”

Due to this, receiver J.Clark Kelso filed a report that recommended that the state mandate COVID vaccines for all prison staff.

“Frequent testing is insufficient to prevent institutional staff who are unaware that they have COVID-19 from spreading the virus,” Kelso stated.