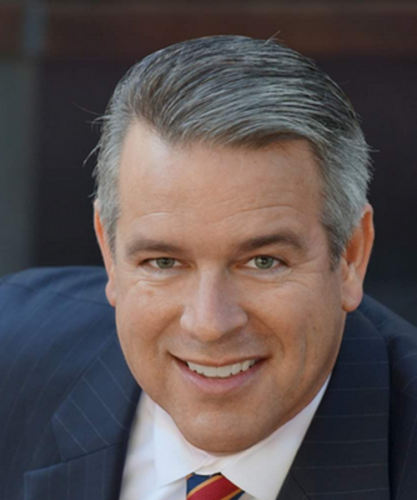 The Commission on Judicial Performance (CJP) last week issued a notice of formal proceedings against Judge Michael Murray of Orange County noting allegations that he is charged with engaging between January 2011 and September 2015 “that brings the judicial office into disrepute and improper action.”

Based on this finding they will institute formal proceedings into the charges specified.

The main count comes out of the case of Cole Wilkins, who was driving on the freeway in Orange County in 2006, that brings the judicial office into disrepute and improper action.

David Piquette, a 10-year veteran of the Sheriff’s Department, “was driving to work from his Corona home and swerved to avoid hitting the appliance. He collided with a cement

truck, which landed on top of his car and crushed him.”

Wilkins would be charged and convicted of second degree murder in 2017, and sentenced to 16 years to life.

But the LA Times in 2020 reported, “a three-judge panel of the 4th District Court of Appeal in Santa Ana ruled Tuesday that jurors did not have enough evidence to prove Wilkins’ actions contained the “implied malice” needed to qualify for a second-degree murder conviction. Instead, the panel changed his conviction to involuntary manslaughter, which carries a maximum term of four years.”

“There was no evidence that Wilkins was speeding, making abrupt lane changes or otherwise driving dangerously,” Justice Eileen C. Moore wrote in the decision.

However, she noted that “Wilkins’s actions of loading his truck with large stolen appliances in an unsafe manner (not tying them down), and driving on the freeway with the tailgate down plainly establish criminal negligence,” which caused Piquette’s death.

The court determined that involuntary manslaughter would be a more appropriate conviction.  But the case, the Times reports, “was originally sullied by alleged misconduct by law enforcement and prosecutors in the Orange County district attorney’s office.”

One problem as noted in the CJP, the traffic collision report found that the primary collision factor or PCF, was Deputy Piquette’s unsafe speed for the conditions.  The CHP Sergeant directed them to the PCF for the collision involving Deputy Piquette to “other than driver.”

“Sergeant Morrison told Officer Heckenkemper that they changed Officer Bernardin’s PCF to “other than driver” because they did not feel they could obtain a murder conviction with the deputy sheriff being at fault for the crash,” the CJP states.

In November 2006, Murray was assigned to prosecute the Wilkins case.

Between June 19, 2007, and January 24, 2008, “Wilkins’s defense counsel, Joseph Vodnoy, filed five motions to continue the trial so that he could obtain, and have his expert review, the analysis of the black box in Deputy Piquette’s car.”

They also note, that prior to the trial, “the lead case agent, CHP Investigator Theresa Pines, informed you that other CHP officers did not believe Mr. Wilkins should be prosecuted for murder. You did not conduct any inquiry concerning this potentially exculpatory information to determine if it was, in fact, exculpatory and subject to mandatory disclosure.”

Murray was informed during or before the trial by then CHP-Assistant Chief “that the CHP collision reports concerning the Wilkins case had been altered, the PCFs had been changed, and that the officers did not find Mr. Wilkins at fault.”

Murray responded, “it did not matter because the defendant was a fleeing felon at the time the stove fell from his vehicle, or words to that effect.”

The CJP alleges that Murray failed to follow up on the statements from the Assistant Chief and also “also did not disclose any exculpatory evidence that the officers’ reports had been altered, that the PCFs had been changed, or that Officer Bernardin had found that the decedent, not the defendant, had caused the fatal accident until September 17, 2015.”

In his closing arguments, Murray argued, “Felony murder says accident. If the death is result [sic] of an accident, if it’s unforeseen, unintended, it doesn’t matter.  So, why is the defense try [sic] and put on an expert and say, I’ve looked at everything and I think the [sic] David Piquette made an unsafe turning movement? What’s with that whole system of smoke and mirrors? To try and make David Piquette, are you kidding me, to try and blame it on the victim. That takes some audacity.”

On May 5, 2008, the jury convicted Wilkins of first degree murder.  A month later, he received a phone message from a report that said, “he had received a tip that the CHP had altered an accident report as to the finding of fault in order to place the blame for the accident on Mr. Wilkins.”

Murray responded that he had not heard of the report being altered, that it would not have any bearing on a criminal case, and failed to conduct any inquiry.

The California Supreme Court would in 2013 issue “an opinion finding that the trial court erred in failing to instruct the jury on the escape rule, reversed Mr. Wilkins’s conviction, and remanded the case for a new trial.”

CJP noted that the defense attorney provided evidence of potentially exculpatory information at the sentencing hearing.  They allege, “Between January 3, 2011, and July 2015, you failed to meet your continuing duty to inquire about potentially exculpatory evidence, including possible changed reports, a possible Internal Affairs investigation, and possible officer discipline or termination as a result of their conduct in the Wilkins case, to determine if that information was, in fact, exculpatory and subject to mandatory disclosure.”

Further, DDA Larry Yellin, “who was then handling the case, twice asked you whether you knew about changed reports in the Wilkins case. You stated that you did not. After each discussion with DDA Yellin about changed reports, you failed to meet your continuing duty to inquire about potentially exculpatory evidence, including possible changed reports, a possible Internal Affairs investigation, and possible officer discipline or termination as a result of their conduct in the Wilkins case, to determine if that information was, in fact, exculpatory and subject to mandatory disclosure.”

They allege that Murray “violated” his “obligations under Brady” which “mandates the disclosure of evidence favorable to the accused that is material either to guilt or punishment. The duty to disclose favorable evidence extends to evidence reflecting on the credibility of a material witness.”