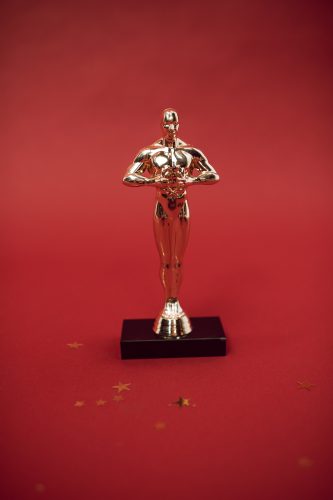 Every year, Hollywood stars are invited to sit through award ceremonies to praise one another for their various accomplishments. Ceremonies for televised events like the Golden Globes and the Oscars invite audiences to witness these special occasions celebrating the accomplishments of beloved actors, actresses, and movies of the year from the comfort of their homes. While spectators are given a window view into the world of elites, associations that host these events have largely ignored the people outside their exclusive circles.

In recent years, the Hollywood Foreign Press Association (HFPA) that runs the Golden Globes and the Academy of Motion Pictures Arts and Sciences (AMPAS) that runs the Oscars have experienced a steep decline in viewership for their shows, because they neglected to reflect on connecting to ordinary audience members.

The pandemic pushed many issues to the forefront of the media, especially those of racial inequality and class disparity. These are issues that cannot be dismissed and should be addressed by any platform with great power. Award shows are entertaining, but they need to address these inequalities within their systems before attempting to show allyship.

This year’s Golden Globes ceremony took place on a different platform. Rather than being shown on television, winners of the award were posted on social media. The decision to move the award show from its established televised event to social media was a reaction to the recent issues with the HFPA.

Many issues have surrounded the HFPA, like a lack of diversity within its members and past  winners. People look forward to seeing the ceremony for many reasons including hoping to see a winner that may resemble their gender, religion, race, or identity. With a majority white members in the association, there’s no one appealing to POC, and others who are out of the organization’s perception as the common audience.

Ann Hornaday for The Washington Post states, “The Globes are looking like what the Oscars used to be, and might benefit from becoming, at least for the time being,” meaning a private event. Hornaday says that the HFPA (Hollywood Foreign Press Association) has inner work to undertake before it can gain a wider audience.

Given the reception of the Golden Globes this year, not much is expected of the Oscars, whose viewership has been in a steady decline. Brooks Barnes and John Koblin note in their New York Times article that the 2021 Oscars ceremony failed to garner 10 million viewers.

The production of the show has also changed, such as the absence of a host for three years. 2022 should mark the return of a yet unannounced host. AMPAS is trying to fix their production to resonate with a larger audience. Recent years have shown first-time winners for POC communities, such as Parasite’s Best Picture win in 2020, becoming the first Korean film to receive the award.

In 2021, Yuh-jung-Youn became the first Korean to win an Oscar in an acting category and Chloé Zhao became the first Chinese winner of the best director award as well as being the second woman to win. These are monumental wins that should be celebrated, and one can’t help but think why it took so long for POC communities to receive such awards.

Award associations can no longer shut down non-elites or turn a blind eye to societal issues. Even if it means promoting a foreign movie dealing with such issues, the associations should attempt to discuss them. In order to capture a wider audience, the associations need to have awareness when approaching diverse communities. Not only will this appeal to a wider audience, but it will uphold values that are fundamental to our overall social welfare and prosperity.

27 thoughts on “Student Opinion: Are Award Shows for Us Ordinary Folks?”