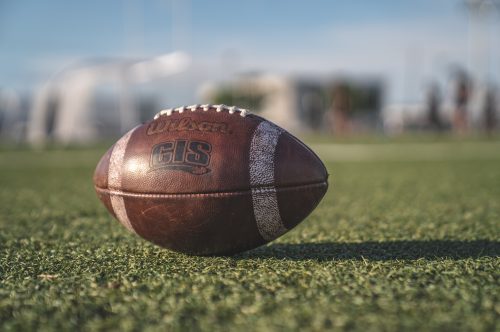 There are two taboo topics most people are taught to avoid in conversation: politics and religion. But what if they coincide? In my opinion, that is when the conversation becomes more important than ever.

When thinking about which constitutional rights Americans possess, freedoms of speech, petition, assembly and press quickly come to mind; especially in regards to modern-day protests and movements such as Black Lives Matter and the #MeToo Movement.

However, I find that one right that is often overlooked is freedom of religion as many Americans today believe that this right has remained the most static and unchanged compared to the others in the First Amendment. This is untrue as the current justices on the Supreme Court have made more changes to all First Amendments rights and precedent cases than any other court.

A 2020 SCOTUSblog article describes how the Supreme Court, under Chief Justice John Roberts, is playing a metaphorical game of “doctrinal clean-up.” In general, the Supreme Court very rarely overrides their past cases with new rulings. However, under Chief Justice Roberts, the Court has done this quite a bit. The “clean-up job” is attempting to refine many Constitutional rights and rewrite previously made rulings because they were oftentimes very unclear.

During this clean-up, the justices have broadened the scope of what “freedom of religion” includes. However, there are still many factors left to discuss to interpret this amendment more effectively. I believe that many of the justice’s rulings on freedom of religion have been made without completely analyzing and discussing the nuances of this right.

I agree with the earlier rulings that helped clarify freedom of religion and separate education from religion. The Supreme Court has heard cases regarding freedom of religion in the past such as Engel v. Vitale (1962), which ultimately outlawed prayer in public schools, and Wisconsin v. Yoder (1972), in which they decided that individuals’ freedom of religion outranks states’ rules. These have since been used as landmark, precedent-setting cases, thereby ensuring that students could freely pursue their beliefs openly without being required to abide by another person’s religion or opinion.

Now, the court is faced with a new challenge: whether or not pre-game prayers are an establishment of religion on school grounds, or if they are private speech and thereby, constitutional.

The case in question involves former football coach Joe Kennedy who believes that his freedoms of speech and religion were violated after not being rehired by the Bremerton School District in Washington State. After several school officials warned him against pre-game prayer, Kennedy continued to pray with his high school football players before games and was then not rehired the following school year.

The debate, in this case, is not solely about the scenario itself, but also about the constitutional question of whether to expand the freedom of religion or not.

According to the Los Angeles Times, this case can go one of two ways. The Supreme Court could align with Kennedy, stating that his prayer was constitutional under his freedoms of religion and speech or the Supreme Court could rely on past precedent and state that Joe Kennedy’s actions as an employee of the school violated the students’ free exercise of religion because this prayer was establishing a school-wide religion.

The Supreme Court should side with past precedent and not with Joe Kennedy. Religious practices should be left out of school settings because students, especially at younger ages, should be given the freedom and opportunity to discover their own beliefs and practice their own customs and traditions openly. Requiring them to pray before games forces them to conform to a certain religion.

If the Supreme Court continues on such a drastic path of doctrinal clean-up in this way, and allows pre-game prayer to fall under freedom of religion, what are the limits? How far does freedom of religion stretch? Can public schools begin having different, established religions based on whoever is in charge at the time? With little to no limits on freedom of religion, religion could also become a discriminatory factor in the hiring processes of private companies. A ruling in support of Joe Kennedy would overturn previous cases that outlawed established religions in public schools, so would religion just be allowed in school then?

Ruling in agreement with past precedent better aligns with the implicit meaning behind freedom of religion.

Rachel Laser, president and chief executive of Americans United for Separation of Church and State, says this case is a good example of the First Amendment in schools.

It is about “protecting impressionable students who felt pressured by their coach to participate repeatedly in public prayer,” says Laser. Establishing boundaries to what freedom of religion and speech mean, especially in public schools, is necessary to protect the educational journey of children.

This impending Supreme Court decision in Kennedy v. Bremerton School District (2022) will clarify the boundaries around freedom of religion. The Supreme Court’s current game of “doctrinal clean-up” must come to an end with this case because it is important to side with past precedent, and continue banning the establishment of religion in public schools.

The growing minds of children must be made a priority so that they are able to develop their own opinions and explore all aspects of religion without outside pressures. In order to further solidify the boundaries of this vague amendment, politics and religion should be discussed openly in public schools instead of forced upon students.

8 thoughts on “Student Opinion: Supreme Court Should Not Allow Prayer in Schools”