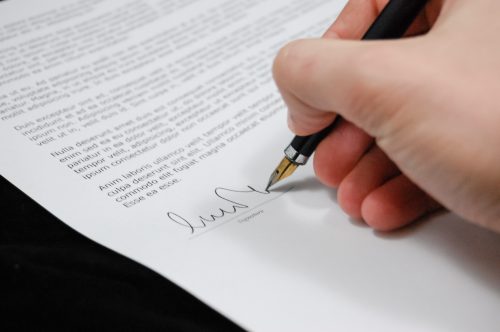 DAVIS, CA – On Jan. 24, ASUCD’s senate members passed a resolution that encourages UC Davis’ administration to acknowledge and support students who menstruate offering possible policy changes such as changes in syllabi in regards to menstruation, more flexible approaches to attendance, and getting rid of grading based on attendance entirely.

In the resolution, they refer to multiple studies conducted in the past couple of years (by Journal of Women’s Health, the University of Sydney, the British Journal of Psychology, and more) discussing the painful symptoms that can come with menstruating and those who menstruate’s relationship with succeeding in the workplace or classroom. In order to create change in their environment, the students at ASUCD came forward with a proposal asking UC Davis to put policies and programs in place.

On UC Davis’ campus alone, 61% of people are likely to menstruate. In general, 84% of people who menstruate experience some type of pain.

Experiencing this pain makes it hard to attend class or work. Even paying attention while in class can be difficult. A study by Journal of Women’s Health found that 20% of participants would miss school because of their menstrual pain and 41% of participants reported that their pain was so severe it made them unable to focus.

With many classrooms implementing the need for a doctor’s note in order for the absence to be excused, “the stigmatization associated with periods and birth control in our healthcare system results in students who menstruate being unable to receive a doctor’s note granting them an excused absence from classes,” the study says.

The senate members used an article published in the American Journal of Obstetrics and Gynecology that proclaims that getting a doctor’s note is especially difficult for Black, Indigenous, and people of color. This is due to the fact that many social factors (institutional racism among them) make it quite challenging for them to obtain treatment for the same things white individuals do.

Additionally, in a study done by the British Journal of Educational Psychology, they estimated 16,900,000 people who menstruate in the US are living in poverty which prevents them from having proper access to healthcare, period products, and necessary sanitation.

These barriers and “this sense of stigma surrounding menstruation may inhibit individuals who menstruate from communicating with professors about their needs for academic accommodations and flexibility”.

Even when students are able to convey the effects, the resolution presents this study done by the University of Sydney that looks at how students’ pain went overlooked by university and health professionals.

The ASUCD resolution also cites a BioMed Central Women’s Health study where 58% of menstruating individuals were embarrassed by the very knowledge of them being on their period. This “may inhibit individuals who menstruate

from communicating with professors about their needs for academic accommodations and flexibility, ” the study said.

In their final statements, ASUCD senate members acknowledged how much menstruating individuals add to this campus while also recognizing what they have to go through in order to do so.

The resolution author’s’ hope is that “UC Davis professors, TAs, and lecturers to be cognizant of the unique challenges faced by students who menstruate” and create an environment where everyone can feel and be at their best when in the classroom.

Share:
Previous : Student Opinion: The Latest Development on HIV Treatment Is the Hope We Need
Next : Court Consider Mental Health Concerns of Woman Charged with Throwing Rocks at Cars