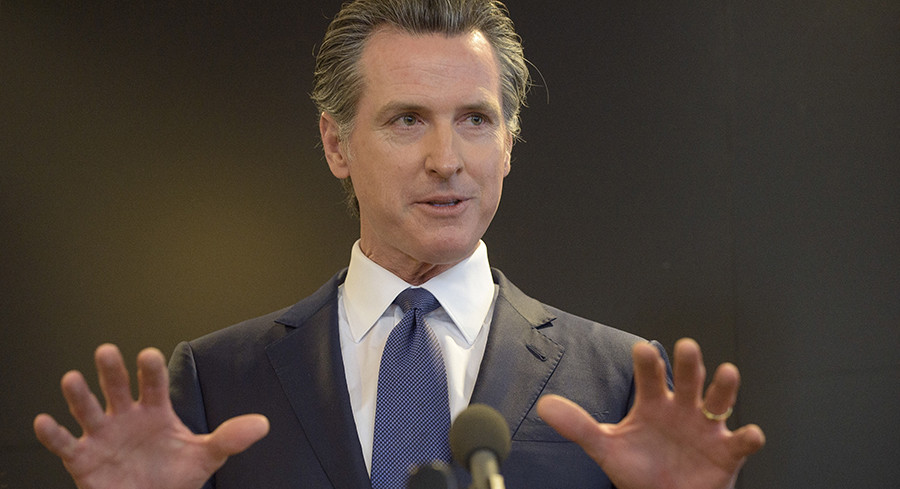 Earlier this week, Newsom said the goal was to turn San Quentin State Prison into a “positive, healing environment.” He added he believes the system is deeply flawed and it “gets my blood boiling.”

According to the Death Penalty Information Center, California is one of 28 states that maintains death rows, along with the U.S. government.

While other states have put an end to executions, California will merge its condemned into the general prison population, according to the Associated Press.

California Department of Corrections and Rehabilitation spokeswoman Vicky Waters said they are starting the process of eliminating death row “to repurpose and transform the current housing units into something innovative and anchored in rehabilitation.”

Newsom shut down California’s execution chamber at San Quentin and imposed a moratorium on executions in 2019.

“The underlying motive of the administration is to mainstream as many of these condemned murderers as possible,” said Michael Rushford, president of the Criminal Justice Legal Foundation. “Our objective was to speed up the process.”

Rushford said he doesn’t think the victims are pleased with the administration’s decision, according to the AP report that noted, “They’re moving condemned murderers into facilities that are going to make their lives better and offer them more amenities, while the victims still mourn the death of their family members.”

Newsom said voters approved the decision: “When they affirmed the death penalty, they also affirmed a responsibility… to actually move that population on death row out and to get them working.”

Actor Mike Farrell (formerly of “Mash”) is the president of the group Death Penalty Focus, which opposes the death penalty. He said he’s intrigued with the idea of moving the inmates, but said transfers could turn condemned inmates into “ripe targets” for other prisoners.

“We’re talking about people who have been in a specific kind of isolation for decades,” Farrell said. “To simply move them without very serious consideration of their needs, their personal issues, their psychological state and their safety would be a hideous mistake.”

According to the Associated Press, they plan to present permanent proposed regulations that would require transfers and “allow for the repurposing of all death row housing units,” Waters said.

The budget change proposal states that death row is in the same area as the San Quentin rehabilitation programs.

Condemned people who are moved to other prisons can be housed in solitary confinement under the state’s transfer program. Condemned prisoners are supposed to cohabitate with other inmates, but this may differ if officials determine they can’t be housed safely with others.

“There have been no safety concerns, and no major disciplinary issues have occurred,” Waters said of the test cases.

According to prison officials, condemned incarcerated not on death row are offered several jobs and rehabilitation exercises, such as maintenance and administration responsibilities.

According to the department, the prisoners are “carefully screened to determine whether they can safely participate in the program” before they’re moved. This process includes each inmate’s security, medical and psychiatric needs as well as their behavior and safety concerns.

Female condemned incarcerated can transfer to more open housing within the same prison and eight of the 21 at the Central California Women’s Facility in Chowchilla have done just that, according to the AP.